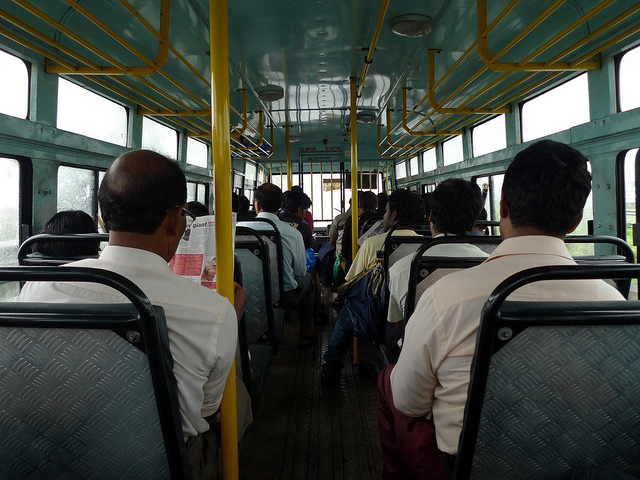 While the Delhi gang-rape on December 16, 2012 caused nationwide outrage, a similar case in Punjab, in which a Dalit girl died after she was assaulted and thrown off a moving bus, hasn’t drawn the same amount of attention. Here’s a quick recap of the case so far, as reported by the media.

1. On April 29 this year, a 13-year-old Dalit girl was sexually assaulted (one report attributes the crime to ‘miscreants’. We give it three extra points for the euphemism) on a bus near the village of Gill in Punjab’s Moga district. She was travelling with her mother and brother, and when her mother asked the bus driver to stop the bus, he reportedly sped up. None of the other passengers intervened, and the mother says she and her daughter were thrown out of the bus.

3. At first, the girl’s family refused to cremate her body, demanding that the permit of Orbit Aviation, the operator of the private bus they were on, be cancelled. After four days of protests against the Chief Minister of Punjab, Parkash Singh Badal, and his son, Deputy CM and State Home Minister Sukhbir Singh Badal (who co-owns Orbit), the family allowed the body to be taken in for an autopsy and has accepted compensation. On May 3, the girl’s body was cremated.

4. CM Badal says that while his family owns Orbit Aviation, he has never gone to its office. He has also said that as CM of Punjab, he is personally responsible for safeguarding “the honour of every daughter of Punjab”. What about safeguarding their lives?

5. Police have arrested the bus conductor, Sukhminder Singh, cleaner Gurdip Singh and another accused known to the men, as the main perpetrators of the assault, as well as driver Ranjit Singh. The men have been booked under Sections 302 (murder), 307 (attempt to murder), and 354 (assault or criminal force to woman, with intent to outrage her modesty), and 34 (common intention) of the Indian Penal Code.

6. A Punjab and Haryana High Court bench of justices Satish Kumar Mittal and Harinder Singh Sidhu has recused itself from hearing the case, without stating its reasons. The Acting Chief Justice of the High Court must now assign the case to another bench.

7. In the aftermath of the Moga case, Amarinder Singh, former Punjab CM and current Congress Deputy Leader in the Lok Sabha, has announced that the Congress will move an adjournment motion to look into the law and order situation in Punjab. Meanwhile, Shiromani Akali Dal minister Surjit Singh Rakhra said that the girl died because of “God’s will” while his colleague, Moga MLA Joginderpal Jain, called it an “accident that could happen on any bus”.

8. On May 4, the Congress, Aam Aadmi Party, People’s Party of Punjab and social organisations called for a bandh in Moga seeking registration of a criminal case against the owners of Orbit Aviation.

9. Both the Lok Sabha and Rajya Sabha were repeatedly adjourned this morning, with Opposition demanding a discussion on the young girl’s death.

10. Another woman says she was assaulted on a private bus in Punjab. A day after the girl and her mother were thrown out of the moving bus, a 23-year-old woman was gang-raped in Moga. In a press conference, the Punjab Police repeatedly used the woman’s name, even claiming that she was lying. One of the five accused in the case has now been arrested.

(Image for representational purposes only. “Riding the Bus in the monsoons” by Lily Monster via flickr/CC BY-NC 2.0.)

Chandigarh Stalking Case: You Know What Would’ve Happened if Varnika Kundu was a Guy, Right?

What Does the Shimla Government Think It’s Playing at, Naming a School After the Rape Victim?