HomeCultureMusic5 Reasons Why You Should Check Out Kimya Dawson ...
August 12, 2013

… and her latest project The Uncluded

I was going to write an introduction about how each time I listen to a new project that is genuinely good and not just a rehashing of past efforts, I feel like cuffing people to chairs and making them listen to it. On repeat. Instead, let’s get right to binniss.

Reason 1: She’s the chick that fueled your current, all-encompassing hipsterism. 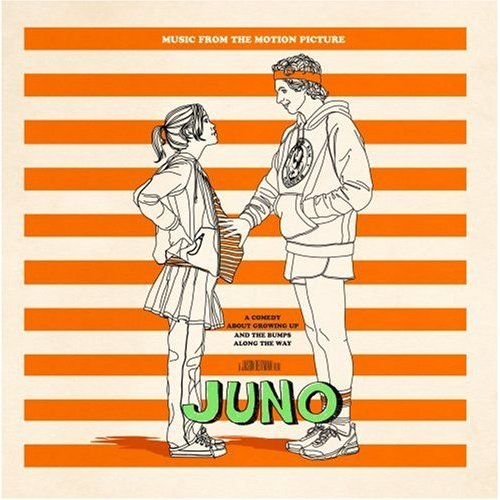 Let us not have that argument where I accuse you of being a hipster, and you refute my claim, and then secretly hate me for being right.

In 2007, a hilariously named screenwriter called Diablo Cody wrote a movie which proceeded to bag her an Oscar, and permanent mothership status among the hipsters of the world. Initially, director Jason Reitman intended for the movie’s score too be done by Yo La Tengo (more on that later), but on the recommendation of lead actress Ellen Page, Reitman and Cody, decided to include the songs of a then-underground band in it. The movie was called Juno, and the band was The Moldy Peaches, which was essentially just Adam Green, and, you guessed it, Kimya Dawson. You can give another listen to the rather famous Anyone Else But You before you read on.

Now, try to remember Juno minus the lo-fi, homemade-sounding parts of its soundtrack, and all you have left is a story about a regular girl with regular problems, plus her endlessly annoying punchlines and pop-culture references.

Reason 2: Aesop Rock is The Uncluded’s second half.
Aesop’s rhymes have been called inaccessible, abstract, and downright logorrheic. But he has also been ranked #19 in Betterpropaganda’s list of 100 Artists of the Decade. The man does invite some polarizing feedback, but everyone seems to be in agreement over his unquestionable talent.

Kimya and Aesop are only similar in their mutual weirdness, and that fact makes their latest album, Hokey Fright, a mix of weird, brilliant sounds.

Take a gander at Aesop’s Zero Dark Thirty, from his latest album Skelethon.

Dawson has had a long-standing love affair with pretty words. Her name translates to ‘silence’ in Swahili, and she has named her daughter Panda Delilah. In her songs, she discards vague analogies in favor of speaking with frankness and lucidity about things such as friendship, love and death, while broaching other, heavier topics such as her past drug addiction, and the sorry state of affairs in the world with disarming honesty.

Her songwriting results in some wondrous music, including what might just be the world’s hippest record for children, called Alphabutt, and now, of course, Hokey Fright.

Here are some samples from Hokey Fright:

“Planes almost never crash,” you say
“Almost never isn’t never,” I say as I shake
And I fight back tears, my biggest fear
Something going wrong while we’re up here
Eyes closed tight until we land, I don’t care if it’s rare
From TV on 10

I’ve got my name down for table at the Jambi Cafe
So I can Meka Leka Hiney Ho all of your pain away
And I am outside D’s variety; I’m up on the brick wall
And it’s the first time that this tongue of mine has licked a fireball
I close my eyes and feel the burn and say “Yeah, bring it on”
From Jambi Cafe

Reason 4: It’s all about the little big things.
Between the two of them, Kimya and Aesop wrote, performed, and recorded the entire album under a year. Neither of them is snotty about production value, at least not as much as they are concerned with the final sound being what they initially imagined. The result is an album put together using proper studio-time on one end of the spectrum, and voice memo recorders on another, and that lends a queer versatility to the album that is all joy.

Here’s a little extra hipster credit. James McNew, of Yo La Tengo, plays the drums on ‘Delicate Cycle’, the second song from the album. McNew has been playing bass for Yo La Tengo since forever (meaning since their inception), and was a parking lot attendant prior to that. He also has a solo project called Dump, from which material is lifted generously for Yo La Tengo, from time to time. He also says stuff like “depression is timeless”, and is all in all a pretty cool dude.

Reason 5: Because you’re already late to the party. 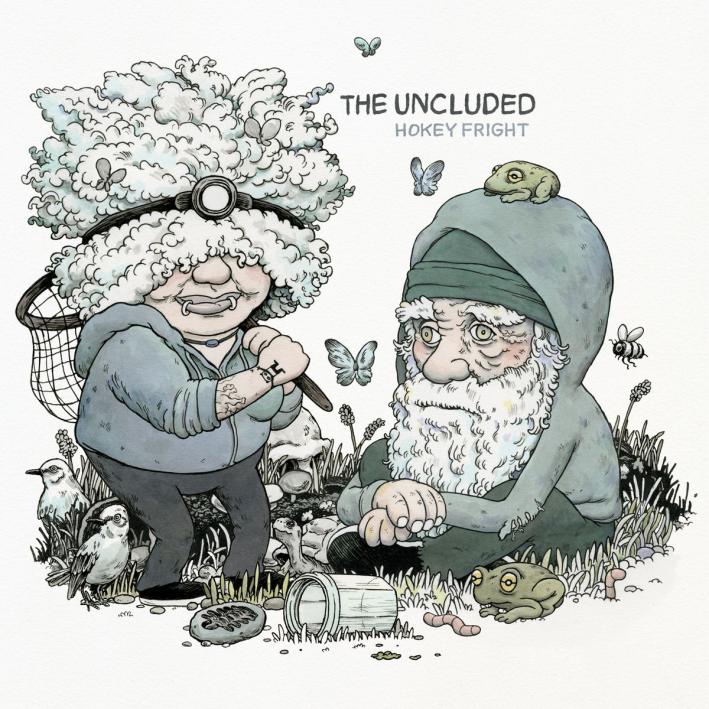 Aesop and Kimya have been collaborating on each other’s albums very frequently for a couple of years now. The first Uncluded album, Hokey Fright, was released on May 7 this year, and since that is now already 3 months in the past, you better hotfoot it.

Additionally, Kimya is nothing if not prolific. From the beginning of her career in 2001, she has been part of 4 different outfits (The Moldy Peaches, Antsy Pants, The Bundles, and The Uncluded), and has a total of 13 albums under her belt, of which 7 are solo albums — all that in spite of a 3-year long sabbatical she took when her daughter was born in 2006. Even for the most incessant listener, that’s a lot of incredible material to catch up with. (Her 2011 album is called Thunder Thighs.)

If you do choose to not delve deep into her past work, you still have Hokey Fright to get you through the days when the world’s making you feel like nothing, but you know better. Plug in, play, pick the rhythm to hang onto or even just the words, as you take a walk; The Uncluded are sure to make you feel like the baddest badass ever.

You can buy Hokey Fright on iTunes here. Meanwhile, check out the cool music videos for Delicate Cycle and The Aquarium

‘Thunder Thighs’ is the Feminist Soundtrack of the Summer

How do you solve a problem like Yo Yo Honey Singh?

Hello! Lily May Be A Feminist But That Video is Racist