HomeBooks9 Thoughts about The Petticoat Journal: Money and ...
September 5, 2013 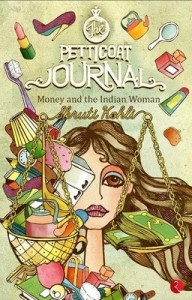 Padmaja Rajagopalan is a former wealth manager and executive search professional. She lives in Mumbai.

Why Aren’t More Women Getting Insurance? It’s Time We Had Conversations About Money and Financial Planning

An Ex-Uber Engineer Talks About Sexual Harassment and Misogyny in Uber. It Does Nothing

4 Responses to “9 Thoughts about The Petticoat Journal: Money and The Indian Woman”