HomeCultureCan a Woman Ever Retire from Housework like a Man ...
May 27, 2016 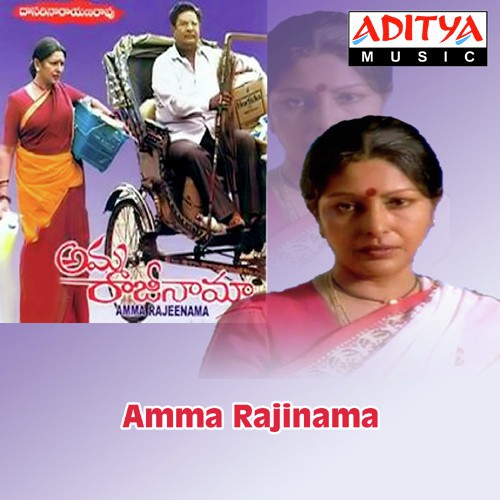 “I don’t want to watch that yedupu gottu [melancholic] film” was my mother’s reaction when I asked her if she’d re-watch Dasari Narayana Rao’s 1991 hit film Amma Rajinama with me. Amma Rajinama, which translates to “mother’s resignation”, is about a woman so fed up with her husband and grown children that she decides to resign from her household duties. I last watched it as an 8-year-old and remembered it for being one of the two Telugu films I’d seen in which women did something important (the other is Kodi Ramakrishna’s 1995 film Ammoru). It’s now 25 years since Amma Rajinama was made.

Bharathi (played by Sharada), is the head of the household – the Amma of the film’s title – while her husband Ramachandra Rao (played by Kaikala Satyanarayana) is a man who has retired from his job and doesn’t want to work anymore. Bharathi is the one to whom everybody hands in their salaries on the first of every month, and to whom the husband hands in his pension. She maintains the house, cooks, cleans, pays bills, maintains accounts, and takes care of the children and grandchildren. Until, that is, the day she decides she’d had enough.

Here are some of the most interesting scenes in the film:

“What are you looking for standing so high ma?”

“Amma book? The book your grandmother wrote? Why are you looking for that?”

“Abbo! That’s a big story ma. Before we got married your grandmother used to be a big writer, after getting married she wanted to continue the same. I got mad and tore the covers of all her books and threw them to a corner.”

“What? You tore the books!”

The film shows how like many women before her (and after), no doubt, Bharathi was forced to let go of a successful career to start a family, and do what women are “expected” to do.

“ What happened thalli [mother]? Tell me!” (Bharathi asks her daughter-in-law)

“Abortion! God. After so long she got pregnant and then you take it away!”

“No mother, we got it removed.”

“What ra! You decided on the abortion” (Ramachandra asks)

(Bharathi does a dramatic head turn and delivers a quick slap to the son’s face.)

“GIRL. So you got an abortion? Orey, Why were you born as a man? If I knew you were full of such malicious intent I’d have strangled you as baby. Chee.”

“Till yesterday I thought it was my responsibility but now I’m resigning from the job of a mother.”

The next morning there is no milk, coffee or Bournvita: Bharathi has been sitting at the table all night writing.

“Why are you in the kitchen?” (Kutty asks Ramachandra)

“The three days that women take rest in a month?”

“Even though you’re greedy [that’s an inside joke between them], you make a good point.”

(Rao turns to his wife to ask:)

“You women get three days off in a month as rest, so why do you need any more rest?”

“Where do we get rest? The first day itself you men ask us to wash our hair and get back to work. You magamaharajulu [kings]. Those three days aren’t rest for women, its hell. Be happy that you don’t have to go through it.”

After she walks away he imagines himself sitting forlorn on a mat on the floor, like a woman menstruating, and shudders in horror.

“Why do you need retirement?”

“When you said you, do you mean me as Bharathi or women in general?”

“Women in general. Tell me why do women even need retirement?”

“Because you’re a woman I’m doing kapuram [marriage] with you.”

“A woman is worth getting married to but not to take rest?”

“Abooo. I don’t know what you are doing that requires rest?”

“Then, what have you done to deserve retirement?”

“Thirty-five years I worked hard to sow the seed of a family and built this gigantic tree.”

“Going to the office at 10am, working hard and coming back home at five in the night.”

“Sundays? Holiday? When relatives are home?”

“This is the hardwork you men do. Does a house wife get an off on Sundays? Does she get holidays for a festival? Does she get a salary? Does she get a PF, bonus or insurance? When a woman is sick do you know where she rests? In the kitchen. If women wanted to really take vishranthi [rest], you men wouldn’t have shanti [peace].”

If only the movie had ended there.

After she settles into her seat, her husband walks in, sits next to her and cries at the sacrifice she’s made, and insists he’d have saved her life (because now she only has one failing kidney) if he had known of her plans.

“Like a slave you took care of me till today, now let me take care of you and rest in my care. Bharathi. Bharathi. Without you, I can’t live.”

(Bharathi doesn’t seem ruffled, and begins to open her suitcase.)

“I know dear, that you can’t and that you’ll come. That’s why… I’ve got your clothes too.”

Watching the movie 25 years after it released, some parts of it seem outdated and annoying, particularly when Bharathi gets preachy: she advises both her daughters-in-law about what women should look and dress like. When she gives her granddaughter a thrashing for coming home late, is it because she’s upset about being lied to or is it only an attempt at moral policing.

Nevertheless, of all the films I watched as a kid I still go back to this one because after the two and a half long hours, Bharathi is still in my head – her pain, anguish, and sorrow are wounds that don’t heal.

And that’s probably why my mother would rather not watch the film with me.