Angela Saini, a British science journalist and reporter, has lots of interesting things to say.

Last year, she busted myths about menopause. Last month, she wrote about rethinking conventional notions about motherhood and maternal instincts, and the idea that mothers must harbour selfless love for their offspring. Last week, she published an article in which she speaks to researchers who look at the reasons behind what Saini calls ‘the best-known yet under-researched facts of human biology’: women living longer than men.

And now, she’s out with a a new book. 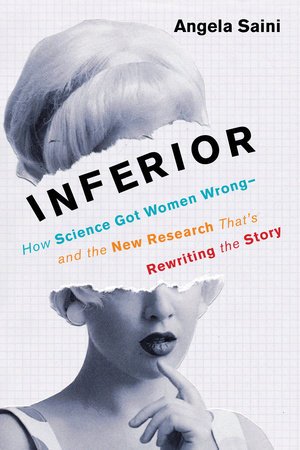 Inferior: How Science Got Women Wrong – and the New Paperback Research That’s Rewriting the Story is a pop science book that looks at controversial debates about gender bias in fields from Biology to Psychology. Saini warns readers from the start that her book doesn’t always make ‘comfortable’ reading. Besides giving you a potted history of the ways that major scientific institutions have excluded women, she explores stereotypes like boys preferring cars, women being better at housework, hunting being primarily a male inheritance, and whether there are fundamental differences in the structures of the male and female brain.

“There is no biological commandment that says women are natural homemakers and unnatural hunters, or that hands-on fathers are breaking some eternal code of the sexes,” Saini concludes. Read her book to find out how most of the myths tend to unravel when they’re looked at with a magnifying glass.