HomeKrantiAre Your Expectations The Boss Of Me?
June 11, 2013 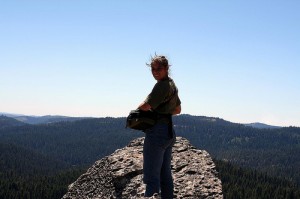 (We were alerted to this wonderful piece of kranti by Jaya Bhattacharji Rose.)

Phyllis Richman was the food critic at The Washington Post for over 23 years. She has also written an award-winning mystery novel called The Butter Did It. In 1961, Richman had applied to a graduate studies course in Harvard. What she received was this — a letter from Prof. William Doebele asking her to write an essay explaining “how she would manage professional life in city planning with your responsibilities to your husband and a possible future family.” Richman backed off. Now 52 years later, Richman has replied to Prof Doebele slaying him politely.

The letter also gives us a very clear picture of the ‘slow and circuitous’ careers of American women in the 1960s which in Richman’s case included supporting her husband through his 10-year graduate studies.

In the US while the workforce is significantly different from the 1960s (75 per cent of American women are now employed) these debates continue to be heated. As new statistics show US women professionals are less likely to occupy high level positions than their peers in 22 countries tracked by the OECD including Japan, UK, Luxemburg, Netherlands and Sweden. There is in fact is a high degree of probability that American women would pass up a promotion citing reluctance to take time away from family. As Sheryl Sandberg, COO Facebook, says in her new book Lean In, women seem to leave before they need to leave.  “From an early age, girls get the message that they will likely have to choose between succeeding at work and being a good wife and mother. By the time they are in college, women are already thinking about the trade-offs. In a survey of Princeton’s class of 2006, 62% of women said they anticipated work/family conflict, compared with 33% of men—and of the men who expected a conflict, 46% expected that their wives would step away from their career track. These expectations yield predictable results: among professional women who take time off for family, only 40% return to work full time.”  The pressure that American women face, I’d argue, is on the same spectrum (if a little far apart) as the incredible religious and cultural pressures on Saudi women as they enter the workforce.

My parents expected women to work and do well at work. I worked in organisations which valued and often preferred women employees, promoting and paying us the same as men. The only time this blipped on my personal radar was a month in which I applied for a communications job in a large, national NGO which raised funds for child rights. By the time the NGO called me, a month later, I already had a job I liked. The HR lady who called was on a roll though so my saying “No, I have a job,” didn’t stop her. She wanted me to answer hypothetical questions. “If you had got the job and if you had got married and if we transferred you what would you do?”. “Are you asking the male applicants this question, I asked. No, she said, only the women. “This is a stupid question,” I said. “How do you know I want to get married? How do you know anything? Perhaps I am a nun. Perhaps I am a lesbian.” I was shouting and I didn’t  know it. My colleagues and boss at the job I did have looked at me alarmed. The HR lady screeched. I put the phone down and that was that.I’ve been lucky because as I tune back into the job market, I realise this minor skirmish is not anywhere near the norm. My brilliant analyst friend, currently in the last trimester of her pregnancy, jokes about how she did not talk about her pregnancy at work, not even when she was sick, not even when she was at work till 1 am. At her level in her MNC, she says, there are only squeamish men and next to no women. And above her? “Above me, there are no women.” She is considering quitting in a year or two. Some companies are making noises about making it easier for women to move up the ladder but as even corporate surveys show most Indian women executives are not happy about the choices they feel they must make. And this is in the most organised end of the labour market.

It is so cheering to read Richman’s letter. I wish I should tell Richman about an acquaintance of mine. A few years ago she was on a panel interviewing Ph.D students. One of the panellists, a male professor asked every female candidate whether she was planning to get married. After a while, my exasperated acquaintance decided to take revenge. The next male candidate who came along got this question from her. “When you get married, how will you manage your studies?” The candidate was taken aback but not as much as the intended target. My acquaintance says the professor stayed silent after that.

What have your experiences been? What have been the expectations that shaped/are shaping your career? What kranti are you waging?

My Body, His Rules: Pregnancy Still Isn’t the Decision of Indian Women

2 Responses to “Are Your Expectations The Boss Of Me?”