HomeCultureHow Indians Fell in Love with the Innocence of Bay ...
May 29, 2017 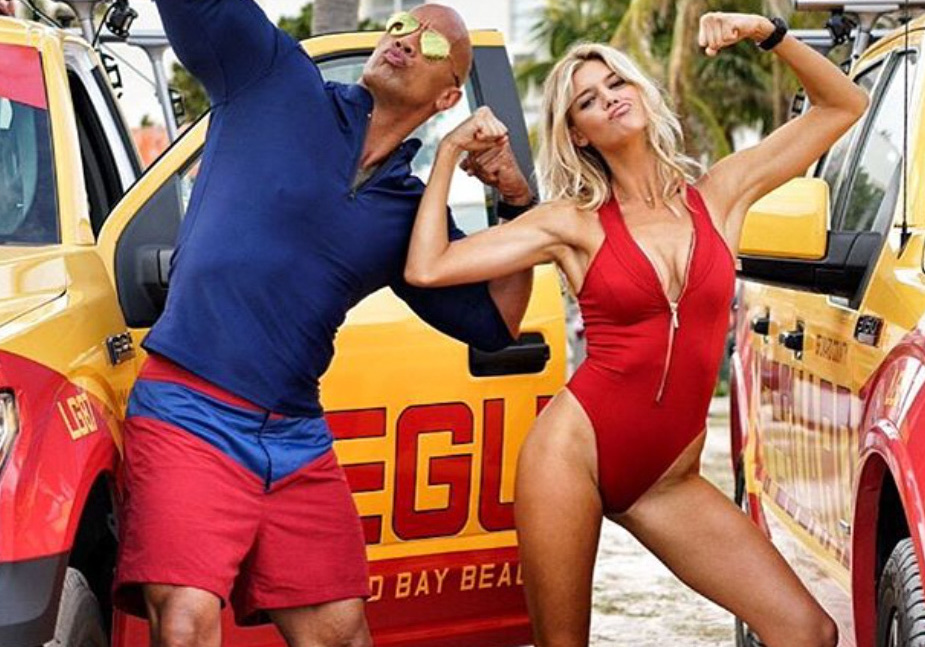 In class 9, I overheard my friend’s boyfriend and his best friend saying what a pity it was that Summer in Baywatch was too fat. It rocked my world. The idea that Summer or anyone in Baywatch could be fat seemed as unlikely as the idea of this planet being round to flat-earthers. It shocked me into a silence I never forgot.

I wonder whether those boys will go to watch the new Baywatch movie. I was thinking of them this week and the speed with which they had realigned their expectations of girls’ bodies within a year or two of the arrival of Baywatch. I wonder where they are now and what they want from bodies — their own and others — now. If they watch the new movie, will they enjoy its self-conscious treatment as an ironic revival of a fluffy, campy, classic? Will they feel amazement that an Indian woman, Priyanka Chopra, is in it? Will they feel like how the Baywatch franchise seems to feel in this revival — that they have come a long way since a group of hot men and women first ran on the beach for no obvious reason?

Baywatch was launched in the form we know it in 1991 and came to India a year or two later. I think. In my head I was 12 when Baywatch arrived on our Dyanora TV and everything changed. For the first time ever, in a three-generation household, we all twitched uncomfortably when the TV was on. For the first time ever, many members of the household pretended to be only strolling by and not really watching. Movies watched on the VCR were vetted and what English programming preceded Baywatch on our TV was so chaste and masculine no one could object. Bodyline was watched with only astonished guffaws at how much everyone was drinking in every scene while planning to bash Bradman. But those vintage cricketers were all dressed for dinner permanently. Baywatch instead offered undressing as a full meal.

In a couple of years, my younger brother would develop the theory of casting that only the too good-looking were sent to sexy shows on an amazing channel called AXN. AXN shows such as Silk Stalkings and VIP had the orangey skin and ivory teeth normal television didn’t have. We developed a secondary theory that Hollywood movies with sad endings had to be given the Oscar to compensate for no one watching them. But that would come later when we were working at cynicism and sophistication — while still watching awards shows with dedication. When we had gotten used to the idea that there were options in television viewing.

Preceding Baywatch in my memory (but not perhaps in reality) was Bold and the Beautiful and Santa Barbara. They didn’t make us twitchy or traumatised, I think. When Katherine Kelly Lang who played Brooke Logan in Bold & The Beautiful turned up at the Miss Universe (another major television moment) as a judge and was mocked limply for having slept with all the male characters in the show, we also laughed limply. Of course, it was preposterous. For one thing, our parents watched it.

At that point our parents, like us, watched everything. Soon they would stop.

Around the same time our hitherto private music tastes were aired to the whole household because music videos had also arrived in our lives. My grandfather stood next to me while I watched a video by Arrested Development, a 90s hip-hop band who sold 4 million albums with their debut in 1992 and then disappeared. When the song was over and the titles came up, he said “thank god, their development was arrested,” and stalked away. In 1994, my mother was the one who broke the news to me that Kurt Cobain had killed himself, always more up on current affairs than I ever was. (She was also the one who informed me years later that Justin and Brittany had broken up.)  All of this could be dealt with, adapted to. But for all of us kids and grownups Baywatch was too outside of known realms to be mocked or adapted to. 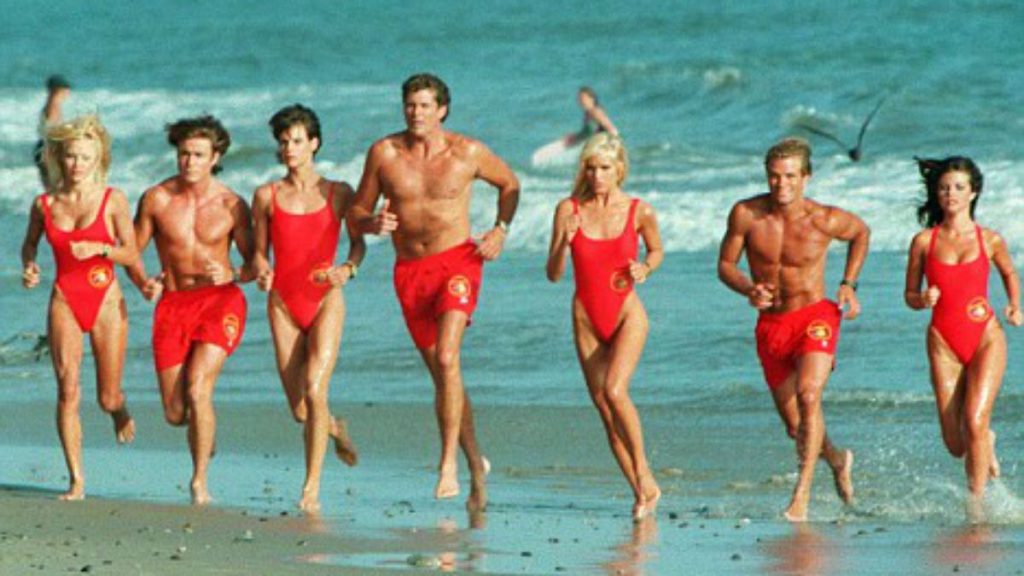 Secretly, many of us kids were watching much more scandalous material. At my close friend’s house — who had working parents and a video library membership — there was much awaited secret screening of Basic Instinct in 1992. I don’t remember being particularly shocked. Hollywood in the late 80s and early 90s was raunchy as a matter of course. Clean-cut Michael J Fox was either sleeping with his boss’s wife or eyeing his mother in her teenage avatar. This week I asked my friend, organiser of the screening, what she remembered of Baywatch and she said, “actually for all the swimsuits and bosoms, I remember a fairly innocent show”.

It was possibly the innocence that I remember as confusing. The vast expanses of skin, the shape of everyone’s legs, the constant bobbing of Pamela Anderson’s breasts. I had never seen skin, legs or breasts offered up in this casual way before. In Malayalam movies (where girls rolled about in towels or danced in spangly skirts under cabaret lights), the aforementioned Hollywood, raunch almost came with visiting cards, it was that well introduced.

By all reports, the new Baywatch movie has combined irony with a very big dose of dick jokes and ha-ha-hee-hee raunch, the kind of signposted sex we’d have known what to do with in 1994. Because in 1994, when Govinda and Karishma Kapoor wanted the khatiya sarkao-ed to dry hump we knew what we were supposed to feel.

But in the 90s Baywatch, it was as if the correct response to the  skin, legs and breasts was to pretend they weren’t there. Was this what it meant to be American? Or perhaps that was just in my twitchy house. My friend G tells me that his mother had no qualms in pointing out that the Emperor was wearing no clothes, or at least swimsuits that might as well be like no clothes. G, his siblings and father would earnestly try to convince her that the show was very interesting.

She wasn’t convinced. But for a long time we all pretended that we didn’t want to see Yasmine running on the beach, running like the wind. Because we thought that was what Yasmine wanted.

CBFC is Cool with Bikinis on Baywatch, But Just No Cussing