Her is all about a depressed Theodore Twombly (Joaquin Phoenix) – well-loved by people he knows, unsure about what he wants from life, a very talented letter writer trying to avoid as much human interaction as he can – and the love that he finds with his first-of-its-kind Operating System (voiced by Scarlett Johansson) with artificial intelligence, who has named herself Samantha. 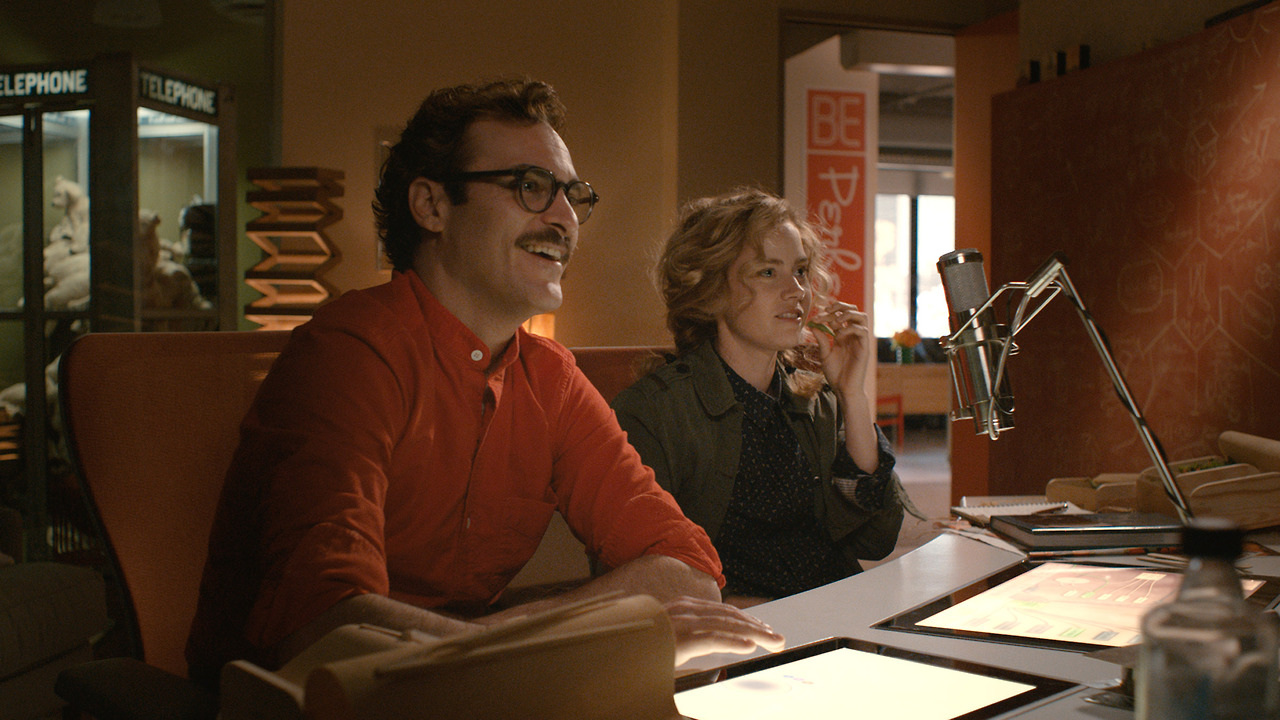 Considering Her is really all about Theo, the women in the film are portrayed rather well. They are a part of his life but not without their own character narratives. They don’t appear only to fit the plot of his life and then vanish. Sam, embodied by a phone-like personal computer with an earpiece, evolves around Theo at first – thus everything about her comes from how sensitive or warm or vulnerable Theo is (making Theo fall for her and vice versa) – and then grows into her own being by seeking out other humans and systems, eventually forming a collective with all the other systems with “post verbal” communication, leaving every human who ever bought the OS.

The other women in his life and the course of the plot include his best friend Amy (Amy Adams), this mess of a visual artist working for a gaming company. She has relationship problems with her real life husband (and no, she doesn’t get a makeover at any point). Then you have his ex-wife (Rooney Mara), another writer who he can’t seem to get over, and who scolds him for not seeing how he is falling in love with himself instead of the OS. Olivia Wilde plays his blind date to whom he can’t give a committed answer, and Portia Doubleday plays a body-surrogate (who does so because she is jealous of the bond that a person shares with his or her OS, and wants to be a part of that without intruding on the relationship itself) that Samantha finds, to be able to provide physical love to him.