Timepass 2 is a Marathi romantic comedy and a sequel to 2014’s second highest-grossing Marathi film. Both T and T2 are made by Ravi Jadhav of Natarang fame.

Timepass followed the adventures of Dagadu Parab aka Chaddi (Prathamesh Parab) – an urchin in love with Prajakta Lele (Ketaki Mategaonkar), a girl from a middle-class family with a strict father. The film ended with the boy and the girl being torn apart by Mr Lele (Vaibhav Mangle), who upped and moved to his village because he felt he had no choice – the poor boy from the neighbourhood was chasing his daughter. 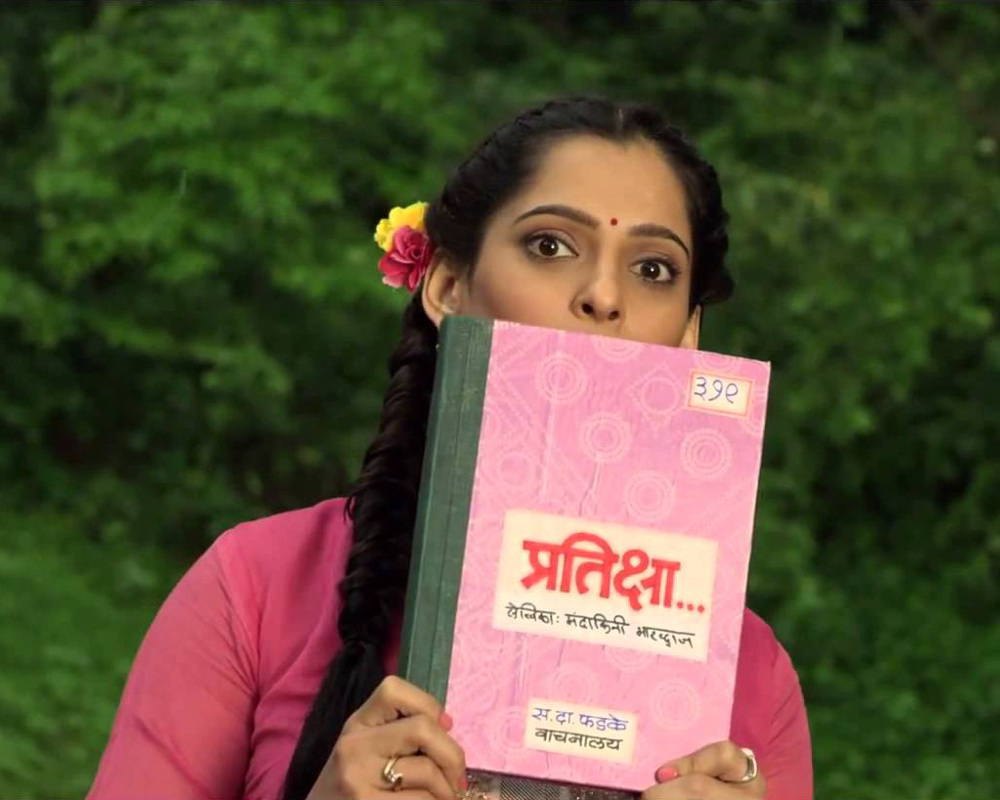 Timepass 2 starts a few years from then, and a lot has happened in the meanwhile. Dagadu’s sister (Aarti Wagdabalkar) gets married to a liar who leaves her and she returns home. Prajakta’s brother has a love marriage and is dead to their father. Older Dagadu (Priyadarshan Jadhav) fulfills his ambition of becoming someone big in the community – rich, powerful and charitable. On the inaugural day of his ambulance service, Dagadu’s three best friends remind him of Prajakta over a drinking session. They push him to find her now that he is no longer that urchin. The rest of the movie follows Dagadu finding an older Prajakta (Priya Bapat) and Mr Lele, what happened in their lives, and making attempts to convince Mr Lele that he is the right person for his daughter’s hand.

While the film is an overall boy-boy film, there are a few named women characters in it. Among the women, T2 focuses only on Prajakta and once in a while on Dagadu’s sister Manda. While Manda mostly exists as a guiding voice, the story scratches just a little beyond the surface of Prajakta’s life.

Prajakta’s introduction is a dreamy song in which she plays with all the kids in a coastal village and floats all by her lonesome in a basket boat. After that, we learn that she is visiting her father who lives in the village – being his usual classist and racist self towards the migrants working there. He is happy that Prajakta is pursuing musical theatre and loathes Bollywood just like him.

Turns out Prajakta returned to Bombay to find Dagadu and have her own life a few years ago. She’s worked in all kinds of jobs (we are never told what they are) and off late, has been working as a backup dancer in Bollywood songs.

When Dagadu and her father find out what she does (in a shocker as they enter a set to see her at the shoot of an item number), initially both of them don’t like it. The father drags her off the set and insults her. What happens next is what you don’t expect. While still crying, she argues with him about how he never understood what she wanted and was living inside his own ego. Later, Dagadu very awkwardly tries to bring up the conversation, but the awkwardness ends with him saying he has no problem with her doing whatever she wants to pursue as a career.

But later, to console her father, she promises him that she will quit it all. The story quickly moves to the separation of the two lovers once again because Dagadu doesn’t want to disrespect her dad by eloping with her. The two of them move on and decide to get arranged-married to people their families approve of, which is followed by the best twist – one that made me cheer for Prajakta. She drugs and kidnaps Dagadu right before their respective weddings, dumps him in a trunk and drives him all the way out of town. She then stops mid-way, opens the trunk of the car and scolds a tied and gagged Dagadu.

All the scenes featuring the men don’t have the characters even once talking about what Prajakta might want for herself. In bits and pieces, we are shown Prajakta finding her own way, and shown how she has agency over her body and life. But the film completely and utterly fails to show any other women doing anything at all. That makes this movie fail the Bechdel Test.