Two Night Stand is a textbook romantic comedy about two young strangers who meet on a dating site, specifically for a one-night-stand, and then end up stuck with each other for two days because of a snowstorm (which they only discover after their first night together, after they have spent enough time being mean to each other in the morning). Yes, so textbook that it had to invoke The Parent Trap to get the plot going.

Megan (Analeigh Tipton) is an unemployed heartbroken slob who doesn’t have her life in order to the point that her parents pay her rent, because all her life plans came crashing after her school romance went kaput because her boyfriend cheated on her and then dumped her. Since Megan is introduced as the prime protagonist of the film, Alec’s (Miles Teller) character gets a slow reveal. He is first introduced to us as a douchebro, who then transforms into a quirky-music-loving, blanket-fort-making stoner-cum-slacker, who we then find out is also meaningfully employed – a character trope we all know as the Chandler. 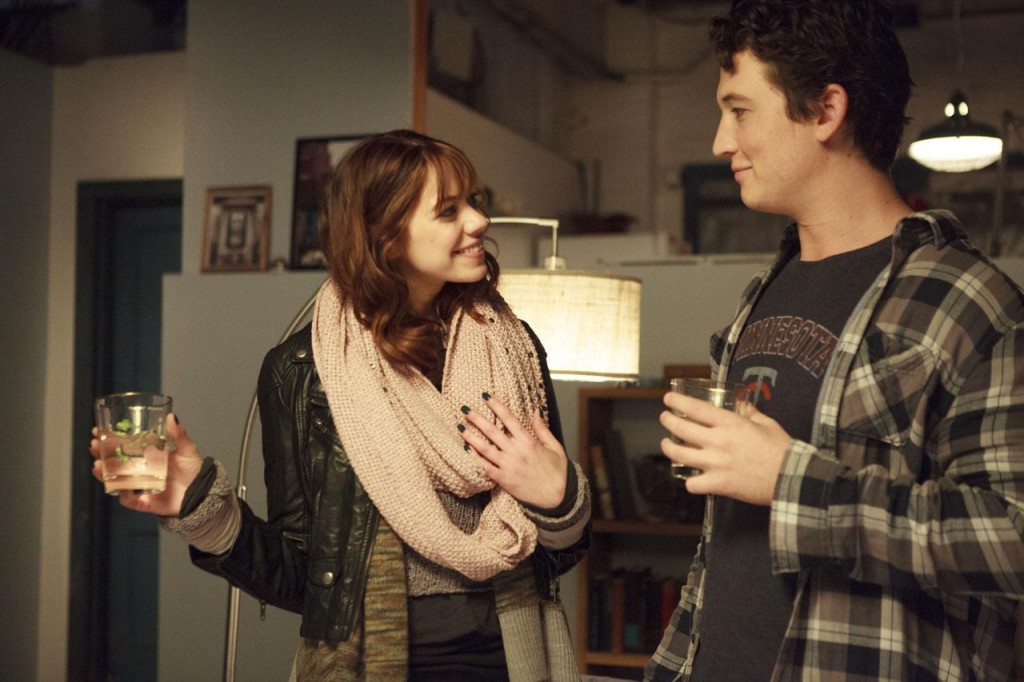 Most of this movie is set in Alec’s house (the location of the one night stand) so almost all the dialogue exchanges are between Alec and Megan. Although, to be fair, the movie does begin with Megan and her roommate Faizah talking about their lives (but mostly Megan’s life). Except it ends with Megan bringing up online dating and then Faizah’s boyfriend, Cedric (Kid Cudi), drops by. If only they had just cut into the next scene before bringing Cedric in, this movie would have totally passed the Bechdel Test.

There is also an entire discussion between Megan and Alec on intimacy, sex, faking orgasms and related stuff. It really doesn’t go anywhere that most romcoms haven’t gone before, except for the part where Megan tells him that sex is not a solo performance; it needs teamwork. And also when both of them agree that faking orgasms is bad – for the guy, for the girl, for everyone.

The most disappointing textbook element of this romcom is that the two-night-stand ends with the two of them acknowledging each other as “the one for me”, even after they establish the stupidity of this grand romantic gesture, and with Megan recognising this affection they share as “Stockholm syndrome”. The third act is mostly spent in sending the message across that when two people go through emotional ups and downs when stuck together in a situation, they are meant to be together. At any irrational cost. You know, just because the guy is funny.