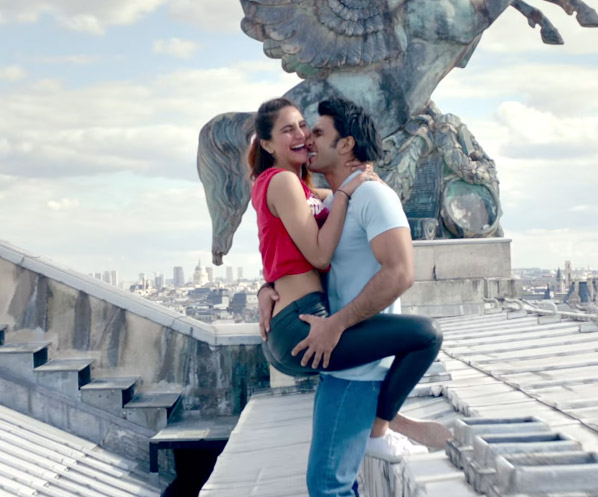 Befikre begins with a TV being thrown out of a first floor window onto a beautiful street in Paris. We see Dharam standing on his couch in his underwear, yelling about Shyra breaking his expensive TV, while she is trying to find the last of her belongings and shouting in turn about Dharam always buying her gifts that look like the cartoon bird Tweety because she had once said she liked Tweety. Then Dharam calls her a French slut who has slept with all the men in Paris, and Shyra, after staring at him for a few seconds, leaves.

This break-up scene really sets up Aditya Chopra’s Befikre. For the rest of the movie Dharam (Ranveer Singh), who works as a stand-up comedian at a bar called the Delhi Belly Bar, has the luxury of remaining the same man baby that he is from this start (one of his big problems is not knowing the brand of his favourite cornflakes because Shyra would always put it in a jar and throw away the box). Shyra (Vaani Kapoor), who works as a Paris tour guide, and first doesn’t want love, becomes the woman who feels like she must “grow up” and settle down once her year-long relationship with Dharam has ended. When Befikre ends with Shyra and Dharam kissing and heroically jumping off a cliff into the sea below because as Chopra tells us, love is like bungee jumping, it’s quite clear that there’s absolutely nothing new about the idea of ‘carefree love’ that this movie wants to and thinks it’s based itself on.

When the movie first went to the Censor Board of Film Certification (CBFC), everyone was wondering how all the many many kissing scenes in its songs would come through without any cuts. That’s when we all giggled about Censor Board chief Pahlaj Nihalani saying about the kisses, “They have to be seen within the film’s context. As far as I know, Befikre is set in Paris, the city of love where public affection is normal.” But what we didn’t realise until the movie released, is that Nihalani’s country and context yardstick is also what Befikre is based on. Shyra likes to hook up with men not because she wants to, but because Paris has taught her to do this, and Dharam goes out on dates with French women, calling himself exotic and saying that he’s like Mowgli from The Jungle Book. 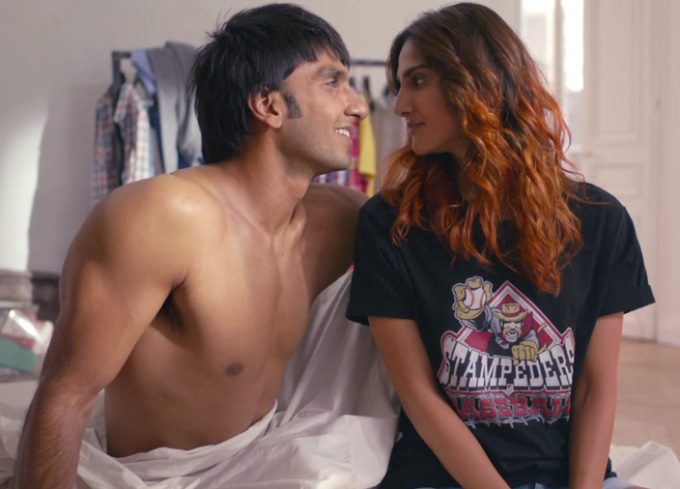 If Shyra’s always complaining about what she calls Dharam’s Karol Bagh attitude and saying “kar di na Dilli waali baat” every time he is irritating, her Punjabi parents are always wondering whether she would have had this same, ‘modern’ take on relationships — modern maane living in with a guy unmarried, not wanting relationships, believing firmly in not saying I love you because as she makes Dharam say, “I love you kehne se sab kuch emotional ho jaata hai, aur masti ka the end ho jaata hai” — if they had decided to bring her up as Punjabi and not French.

Shyra bears the most weight of this Paris = modern relationship equation. Perhaps it’s also why her character really has nothing to develop into: Chopra just conveniently makes her feel guilty. He makes certain that Shyra, who doesn’t really see herself as Indian at any point other than when she eats parathas when she is upset, can’t really do anything else but get affected by her modern Frenchness and sees her view of relationships as something she needs to “grow up” from. So she goes to watch opera shows with her new investment banker boyfriend Aney (I spend the whole movie trying to figure out his name), and likes that he doesn’t kiss her until many dates later, or even try to sleep with her. When he proposes to Shyra, he has to do it over a candlelight dinner on top of the Eiffel tower because he’s old fashioned that way, he says. I don’t have a problem with the fact that Shyra might have started to want these different things, but there’s no need to show her looking back at what she used to once want with so much heaviness.

Of course, Dharam isn’t simplified because of this equation. We never see him brooding about all the women he has slept with, because even though he’s a straight Delhi man in Paris, he’s still a man, and we expect men to be womanisers and drink like they’ve never seen alcohol before. Even as he assumes that a lesbian couple would obviously want to have sex with him, what he learns from his break-up with Shyra since she isn’t there anymore, is to clean his room and make his bed as soon as he wakes up. 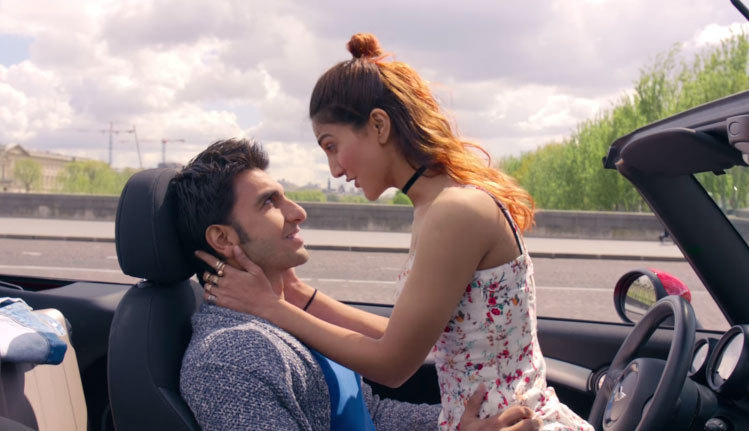 For a movie built on relationships — the often strange mix-up that love, not-love-but-some-feeling, hook-ups, sex, and friendships often are — this movie is irritatingly simple. I mean, how can a boy and a girl be friends and not be in love, right? And of course, just how can exes be friends? Befikre’s full of the let’s-live-in-the-moment, YOLO attitude that every recent movie like Ae Dil Hai Mushkil seem to have, and like all of these other movies, let’s live in the moment means let’s dance and get drunk. In Befikre it also means Shyra and Dharam dare each other to do things because that’s the ‘quirky’ thing in their relationship — to slap a cop, to have sex in a car on the side of a road, to do a sexy dance on a library table — and in the very end, Shyra, who after everything doesn’t find it in herself to break up with Aney, dares Dharam to break off their weddings (he asks a French girl to marry him once he sees Shyra engaged).

Of course, Dharam then also goes on to dare Shyra to marry him, hence the bungee jumping into love.

In an earlier moment in the movie, when Shyra and Dharam become friends — Shyra very helpfully explains that their relationship didn’t last because it was based on lust, not friendship — and the two are celebrating the day they broke up. They stand on the Pont des Arts, the bridge on which lovers would attach locks and throw away the keys into the Sienne as a sign that their love would last forever, and do the same thing — except, it is to say that they will be friends and not get into a relationship again. Perhaps Chopra’s temptation in wanting to prove this completely normal idea wrong was just too much.

Why are Women ‘Crazy’ and ‘Too Much to Handle’ While Men are Just ‘Particular’?

Let’s Travel the World according to Pahlaj Nihalani, Now that He Says Paris is the City of Love