You’d know Bikram Choudhury anywhere from his trademark black speedos and million dollar Rolex watch. He wears these while teaching ‘hot yoga’, his invented style of yoga which involve 90-minute workouts in heated rooms. He created the brand behind ‘Bikram yoga’ in the 1970s, inspired by the concept of Japanese saunas. But on January 1st Choudhury lost a lawsuit against his former lawyer, Minakshi Jaffa-Bodden, and a Los Angeles court has ordered him to hand over his entire ‘empire’– comprising 700 certified Bikram yoga centres around the world and 43 luxury cars – to her.

Jaffa-Bodden, who joined Choudhury’s legal team in 2011, accused the yoga guru of sexually assaulting students and making sexual advances on her in 2013. The same year, she was removed from the team after refusing to cover up his sexual assault history. When she decided to take Choudhury to court, she was met with threats from both Choudhury and his wife. In January 2016, she was rewarded with $6.4 million in the form of punitive damages, and she recently revealed the extent of his sordid antics: according to her, he used to perch on a throne and get women to massage him – under orange towels – on his lap.

But Jaffa-Bodden is not the only one to have come forward with these sorts of allegations. As of 2015, young women had filed six lawsuits against Choudhury on the grounds of sexual assault and misconduct. Jill Lawler, who was 18 years old in 2010, said she felt drawn towards the Bikram yoga classes and signed up for the teacher instructor program. She was forced to massage Choudhury on several occasions and was also groped. “Honestly, one of the most painful things I’ve ever experienced was finding out the person I thought was my idol, my guru, the man I had devoted my life and entire life savings to was full of so much darkness.” Lawler told Broadly magazine. Lawler refrained from complaining because Choudhury promised to help her win yoga competitions, but he continued to sexually assault her, and in 2014, she decided to quit the yoga school.

His actions have had a serious impact on some of the women involved. Sarah Baughns once loved teaching yoga but quit teaching and performing yoga after he sexually assaulted her. Another student, Larissa Anderson, claims that in 2011, he asked her to massage him and she agreed, but then he pressed himself against her and urged her to sleep with him. Her denial made Choudhury angry, and he refused to list her yoga studio on his website. She now suffers from PTSD and depression.

If his history of assault was not bad enough, Choudhury’s response to these allegations was even more appalling. In an interview with HBO’s Real Sports, Choudhury referred to the women who had accused him of molestation as ‘trash’, even claiming that women had committed suicide after he had denied them sex. His attitude towards women is plainly evident from the interview, which films him calling a student ‘fat ass’ during a yoga class, and asserting, rather grandly, that his sperm is priceless: “Why do I have to harass women? People pay $1 million for one drop of my sperm. I can make million dollars a day. Every drop. You are that [much of an] idiot or dumb to believe this trash.” According to a woman who wished to remain anonymous, Choudhury once said that when he came to USA from India, women would ‘rape’ him and he met their demands with the condition of ‘pussy with no hair’.

Hardly surprising, really, given the other things he is supposed to have said. Jaffa- Bodden, for instance, claimed that the yoga guru was blatantly homophobic and racist, uttering gems like “AIDS is caused by gays, it is the truth, but these f****** ***hole guys love me, they love Bikram”, and “These blacks just don’t get my yoga”, and of course more misogynist hatred directed towards women trainees, who according to him were there “…to spread their legs and make babies”.

It is bizarre that very few people saw through Choudhury: his classes and workshops were exceptionally popular despite appearing dubious in many ways, from the shoddy hygienic conditions, to the compulsory  late-night Bollywood screening (the link between these and increasing efficiency in yoga was never elaborated upon).

Which is why we’re over the moon that he’s got what was coming to him. The only hiccup: his luxury fleet of cars has gone missing, and it’s been alleged that Choudhury is trying to flee the United States. But while Jaffa-Bodden might sadly have a long wait ahead of her before driving his Ferraris, at least his sexual boasting, horrific track record and lewd pronouncements are out in the open. That’s one fraud yoga guru taken care of, and we sure won’t miss him, despite his genius remedies for Parkinson’s, AIDS, and cancer. 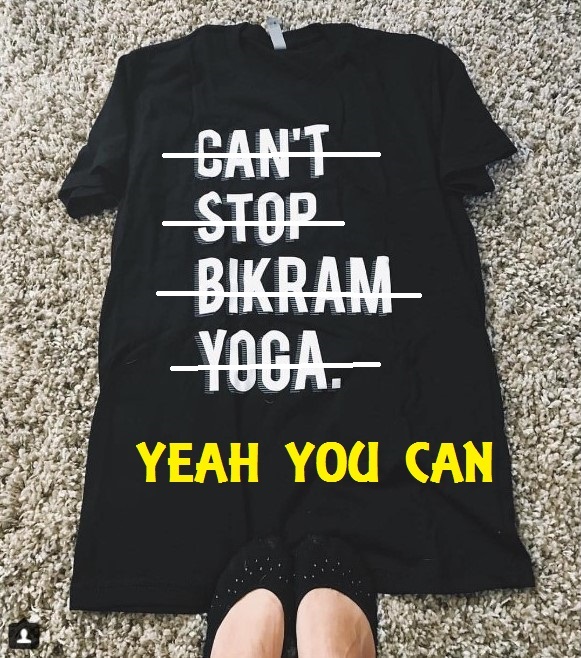 This Video is the Perfect Response to Modi: “Baby, Bend Over/ Let Your Booty Do That Yoga”

Can You Bend it Like Nannammal, the 97-Year-Old Yoga Instructor?