HomeCultureArtThe Exorcist in Crochet And Other Things You Didn& ...
October 28, 2016

It’s almost Halloween and we stumbled upon this Crochet Amigurumi Exorcist Playset, a cute-meets-creepy rendering of the gross green puke scene from The Exorcist. In it, the bemused priest and an angry Regan are linked together by green projectile vomit done in crochet (never thought we’d use those words in combination).

We loved it, and looked for more, and found to our surprise that not all embroidery was a world of muslin and flowers so intensely domestic that it would make us want to assault people with a framed “Home Sweet Home” sign.

This incredible project below by Eliza Bennett is called “A woman’s work is never done”. In it, she actually embroiders stitches in white, pink and brown into the skin of her palm. She says about her piece, “By using the technique of embroidery, traditionally employed to represent femininity and applying it to the expression of its opposite, I hope to challenge the preconceived notion that ‘women’s work’ is light and easy.”

The 1995 artwork “The Tent”, also known as “Everyone I Have Ever Slept With 1963–1995” by Tracey Emin was literally a blue tent, with the dates appliquéd on the side. Inside, there were 101 appliquéd names of “literally, everyone she had ever slept with, but not necessarily in the sexual sense” — which included her grandmother, lovers, and even her unborn foetuses. On the floor of the tent in the center was the text: “With myself, always myself, never forgetting”. Her 2001 Helter Fucking Skelter is a more visceral work, juxtaposing the ‘feminine’ art form of embroidery with the fury of words of abuse aimed at women, like “Burn in hell you bitch” appliquéd on the quilt, which is set against a patchwork of patterns (floral and otherwise). 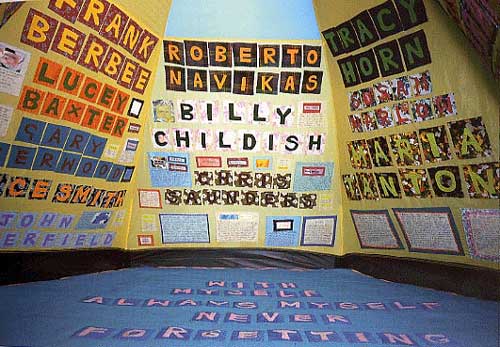 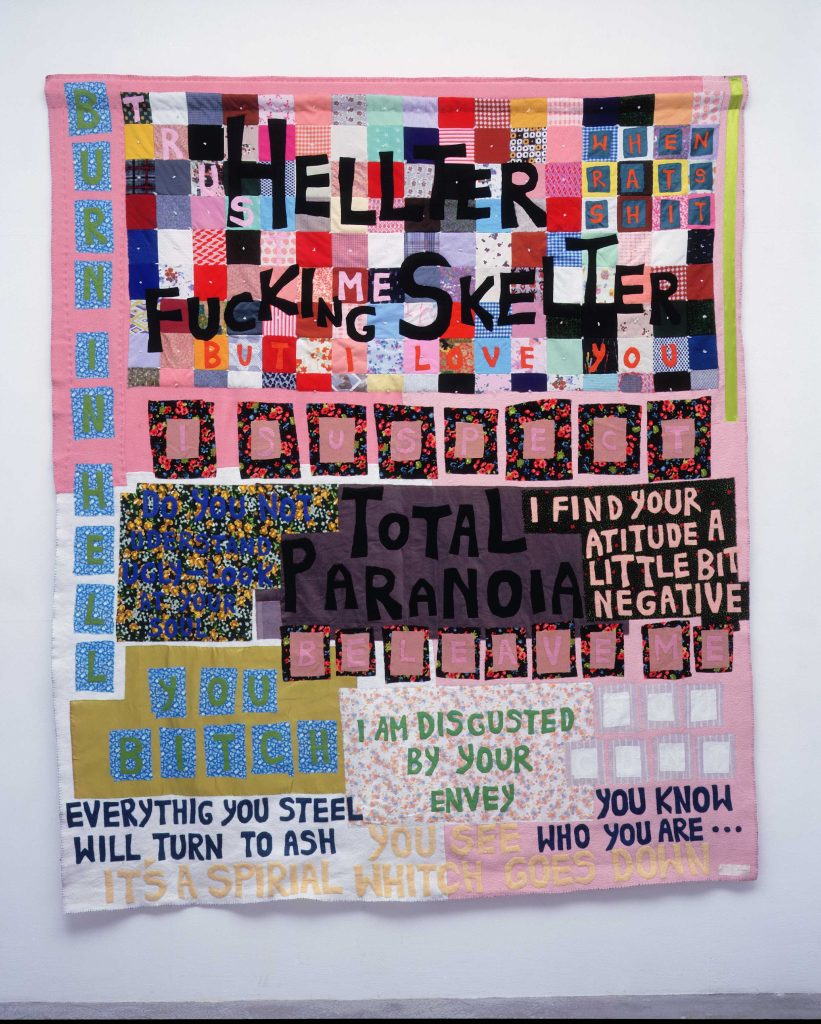 There’s Hannah Hill, taking the world of memes by storm. Check out her other works here.

This piece called Gamgam’s Wall by Stefanie Tam critiques a society that operates on stereotypes, and challenges body shaming, one stitch at a time.

For your daily dose of pretty feminist inspiration or crochet flip-offs, look here. And here. 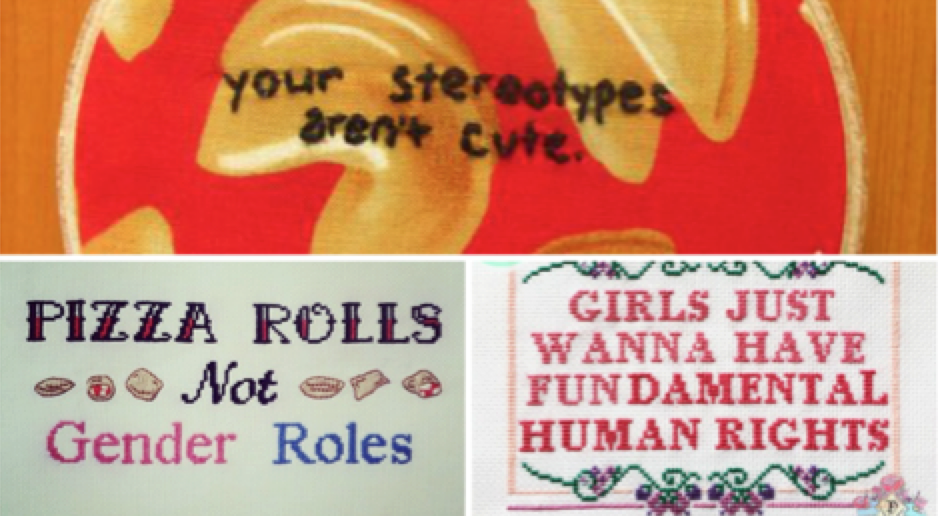 Buns, Braids and Bed Heads. A Model-Artist has a New Take on Embroidery