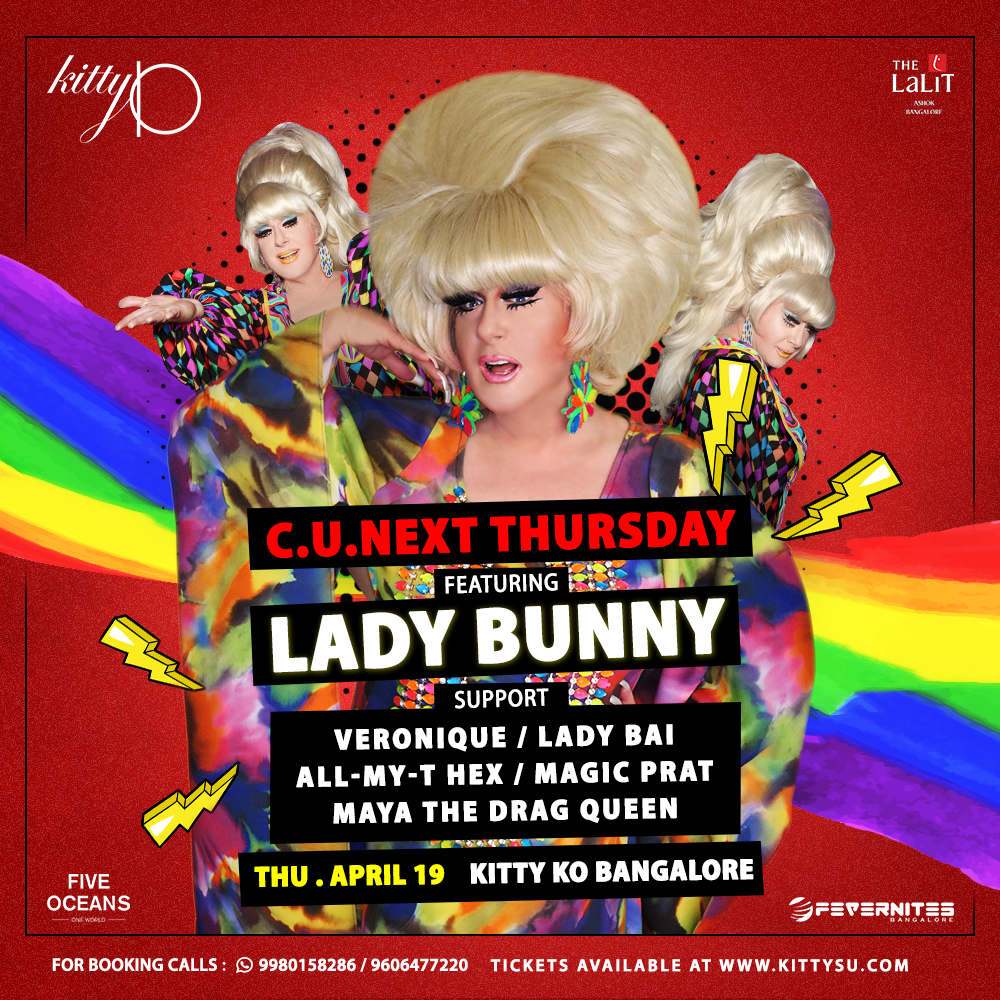 Wheee, guess who’s coming to town! No it’s too good, you can’t guess, let us only tell you, it’s Lady Bunny!

As her website says, “multi-talented drag artist Lady Bunny would turn heads even if looking glamorous was her only talent.” She’s a world-famous actor, DJ, night club promoter and the founder of the Wigstock festival (an annual outdoor drag festival that began in the 1980s in Manhattan’s iconic East Village). Her career began alongside drag queen RuPaul, and she’s performed her unique style of comedy at the iconic Stonewall, the New York nightclub where the fight for LGBT rights first began thanks to a trans woman named Marsha P. Johnson. Back in the day, she also worked at the less-fortunately-iconic Orlando Pulse club, which in June 2016, saw one of the worst mass shootings in US history.

Just by the way, the generally awesome Kitty Ko (which also hosted Bangalore Queer Pride Parade’s crazy cool after-party) has been hosting drag nights since it opened up at The LaLit Ashok, Bangalore back in 2017, following in the footsteps of its sister establishments Kitty Su in Delhi and Mumbai. In their own words, the club is  “a safe, gender agnostic, equal opportunity space with a message of #PureLove to the world,” which really sounds exceptionally welcoming and exciting as far as nightclubs and their stated intents and purposes go.

Legendary Drag Queen Lady Bunny at The LaLit Ashok Bangalore on Drag, the Reactions She Gets in India and So Much More!