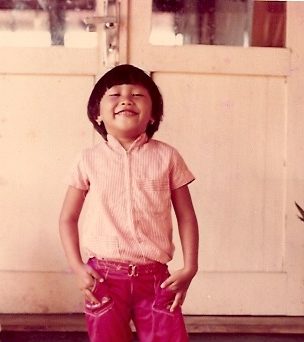 If I wanted you to fall for me, I would want you in the room the moment I step out of a shower. That is when I am most attractive. Towel draped around my shoulders, skin glistening, boxers fitting like a dream.

Everyone has their rituals, this is mine. Post shower, you’re working with smell, and I’ve got the mix down to a science. The freshness of the Old Spice bodywash mixes with a musky deodorant, and I’ve got a crisp cologne to top it off. The odor combines to form an armor which makes sure that my mind remains in sync with my body, even if it’s only for a moment.

How would you describe your aesthetic?

I usually try not to.

But what if you were to cultivate an actual aesthetic?

As opposed to clothes that fit you that you’ve been wearing since high school.

I have not tried to cultivate an aesthetic, I do not know how. I am twenty six years old. At twenty three, I forgot how to dress myself.

A professor once told me that human beings wear clothes to simultaneously hide their sex and tell the world what it is. His statement embodies the essence of my anxiety.

Clothing is a projection of identity: you are what you wear. Over the course of twenty six years, I have been many things.

There is a magical period in your life as a young girl in which you are allowed to blur gender lines. Love sports? Want to be in jeans and a t-shirt all the time? That’s okay! You’re a tomboy. The assumption is that you will grow out of it. And if you’re lucky, for a few years, you get to develop the kind of sense of self that only exists when you forget that there are social norms to adhere to.

Picture this: I am six years old, at an older cousin’s house, and their daughter is insisting that I play with her dolls. I’m laughing. Donning cargo shorts and a t-shirt, I run to her brother and we spend the next few hours playing with imaginary guns.

The adults smile when they see this. They love it. They imagine the days when a teenage version of me will look back at these moments in embarrassment.

I have a photograph of myself, taken when I was eight years old. My outfit consists of jeans, a white t-shirt, a denim jacket and a baseball cap worn backwards. My hair is short and scruffy and I have a huge grin plastered on my face. Around the time this picture was taken, I wrote a letter to my parents swearing that I would never ever wear a skirt. They thought my indignation was both adorable and hilarious. Needless to say, their emotional reaction to this has changed.

At my all-girls school in Chennai, the trope I fit best into was that of an athlete. I played a lot of sports, but more importantly, I was always dressed like I was playing a sport.

Here’s the back story: my school’s uniform consisted of a green dress with a white sash tied around the waist. Shorts and a t-shirt were allowed during P.E. The pre-teen in me was not thrilled. I could not wear a dress every day. So I did the only thing I could: used my label as an athlete to wear shorts. I managed to complete my time at the school without having worn the dress for a cumulative period of one whole day.

When I was fourteen years old I went to a school that had boys in it. Boys to me at the time were like math: I knew I had to care about them because they would be important in the future, but I had no idea how to care about them.

This new school no longer required a uniform. The first month or two I spent there, I tried “sprucing up” my closet. I wore tank tops. I wore t-shirts with designs on them. I wore skinny jeans. Luckily, I was only a few months into this closet when it came to an abrupt end. During a cricket match one day, I broke my arm and became incapable of dressing myself in anything that wasn’t a big t-shirt. The cast stayed on my arm for six weeks. The big t-shirts stayed for the rest of my time at the school.

The one exception to my big t-shirt rule was parties. Parties required real clothes and fake jewelry. I participated actively in these events – they were adult and that was enough for them to be where I wanted to be. So I wore dresses and skirts. Eventually, I even wore heels. I remembered to wear earrings and necklaces. What I forgot to do though was to cultivate an interest in these clothes – as soon as the party was over, I was back to wondering why I couldn’t be out dressed in clothes that actually felt good.

My ability to dress appropriately for parties while otherwise dismissing any talk about clothes and bags made me one-of-the-guys. I was feminine enough to not be odd, while being masculine enough to partake in high fives and jokes. 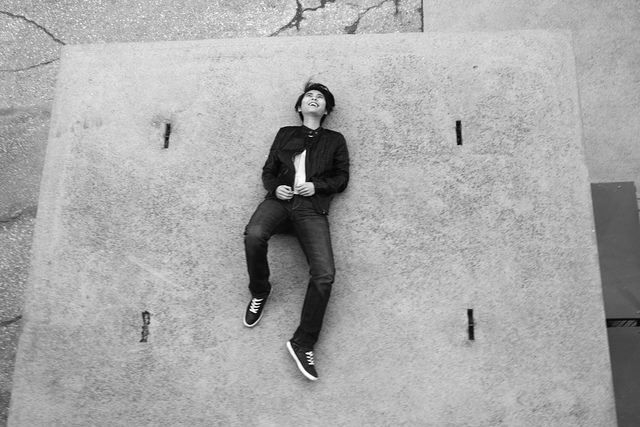 The first time I wore a button down and a tie, I looked at myself in the mirror and grinned. I was nineteen years old and things were finally falling into place: this feeling must be why people love to shop, why they enjoy getting dressed, why they want to go out to nice places.

I straightened my back and broadened my shoulders: I looked good. I felt fantastic. I wanted to go out somewhere nice.

For three years in college I played with masculine clothing. I wore vests, jackets, ties and blazers. I got a haircut I loved. I tried binding so that my ties would sit flat on my chest. I was far away from home and surrounded by a community of people who loved me for and despite my clothes. College became a space in which I could be whatever version of myself I chose to be that day.

Then, I moved back.

Before moving back home I gave away most of my clothes. I knew that there was no room for them in the house I shared with my extended family. Friends were concerned, I assured them all: they’re only clothes. There is more to you than what you wear.

There are few things I have been more wrong about.

Clothes were meant to fit your body. It is an effort in masochism to change this so that it is now your body’s job to fit into clothes. The attempt to intertwine who you’re supposed to be with who you want to be looks a little like this: 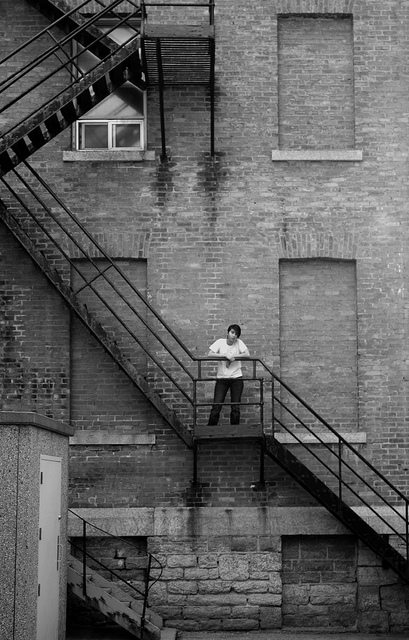 Instead, it brings you here: standing in front of a mirror at twenty three years of age, with no cohesive idea of how you’d like to dress yourself.

It is not possible to avoid mirrors.

It is less possible to like yourself when you spend most of your time avoiding questions about, and having arguments based on your choice of clothing.

So ask me again.

How would you describe your aesthetic?

This piece was written at the Ladies Finger writing workshop Write Like A Girl, which was held earlier this month.