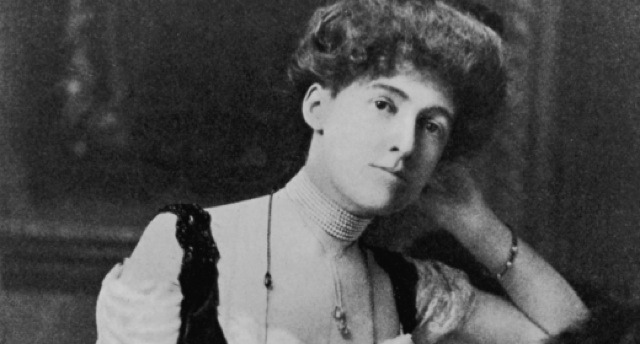 After the resurfacing of lost works by Walt Whitman and Sylvia Plath, there is now a fortunate discovery of work by another literary giant – Edith Wharton. Wharton is best known for her novel The Age of Innocence, for which she won a Pulitzer Prize in 1920. This new play, The Shadow of a Doubt, is believed to have been in production before Wharton rose to fame.

Dr Laura Rattray and Prof Mary Chinery, from Glasgow University and Georgian Court University respectively, have uncovered this new manuscript in a pile of papers in the archive at the Harry Ransom Centre in the University of Texas; and they’ve established that the play was in production as early as 1901. The three-act play went unmentioned in Wharton’s memoirs, A Backward Glance,  as well as her biographies, but the scholars tracked it down on reading a reference in a letter from 1901.

Rattray and Chinery have published some of their findings in the Edith Wharton Review, and they hope the play will throw light on other aspects of Wharton’s work. According to the New Yorker, Rattray wouldn’t go so far as to call it a lost masterpiece of the American stage – but the play is unusually witty, and has a really interesting female character at its core. At least, according to Rattray, the heroine doesn’t die. However, the play was never staged, and the same article in the New Yorker suggests that this is because of its themes of euthanasia and assisted suicide, which would make it quite controversial for its time.

This manuscript is the first of Wharton’s works to be discovered in twenty-five years; before this, the biggest discovery for Wharton scholars had been a series of letters, exchanged between her and her governess Anna Bahlmann. Wharton’s other well-known works include The House of Mirth and Ethan Frome, and she had been nominated for the Nobel Prize for Literature three times.

It Wasn’t Just Aunt Runa Who was Losing Her Memories. We Were Slowly Losing Her to Alzheimer’s

An Artist in Praise of Fat-Bottomed Girls

Madonna Calling it Like it is, Tells Us the Sexist Entertainment World Has Rules for Women and None for Men

Oh Sunny Deol, We Sympathise With You Too