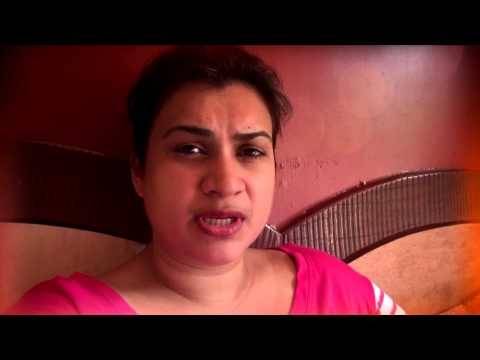 Once again Pallavi in her sharp, anxious way stabbed me last night. Last night was all about the beti/bahu split. Preeti seems, on the surface, to have an easy-going relationship with her mother-in-law. The mother-in-law’s grin seems to be as wide and malice-free as Preeti’s own. Only, of course, she takes off every now and then and lets her son know that she is leaving because of differences with Preeti. Preeti is first baffled and then upset. Why can’t her mother-in-law be straight with her about what upsets her?

Alas, everyone playing in-law/in-law seems to have scripts they are unwilling to deviate from. No improv comedy here. Preeti, has a relatively modern script in which her mother-in-law could potentially be a quasi mother, someone with she could be fond, admiring, even teasing. Preeti’s mother-in-law is working with some earlier version of the script. In this episode, Preeti does recognise that there is a mismatch but isn’t quite sure what to do about it. (Given that Preeti has an increasingly bizarre Sanju to deal with, I feel like a passive-aggressive mother-in-law is just chump change. But that’s just me in the peanut gallery) Pallavi’s father has to be arm-twisted into staying with her when he visits Bombay. Pallavi teases him a bit at dinner in an oblique way. He is being demure at dinner because of that old saw about not eating too much at your daughter’s home, she says. He looks a bit sheepish but doesn’t deny it. Was it the old saw that was making him anxious? Or the anxiety beneath the old saw? The ageless desire to not make an ass of yourself in a way that will affect your daughter’s status in her in-laws home?  Having said this, Pallavi can’t really wander away from script herself.

Her parents have taken to sending expensive gifts for every occasion since her marriage. She has tried to forbid her father from these splurges but he’s quite adamant that it makes him happy too. After this particular visit, Pallavi is quite happy that through the dinner party her father has witnessed her DIBB (Demonstrated Instance of Bahu Behaviour). But what is she really worried about? And this is when Pallavi stabbed me. She wants her father to know she’s happy and that she and her in-laws are dealing well with each other. But what if, she asks, what if her father is so impressed by the poshness of her in-laws that if (as she says many times ‘god forbid’) things go wrong in her marriage, will her father not take her side? And suddenly her discomfort with the gifts become clear. It’s not the same as Sonal’s father’s resistance to Sonal sending him money. Sonal’s father is just unaccustomed to Sonal having enough money to spare. He doesn’t want to make her broke in Bombay. He doesn’t need the money, he says but he can’t really resist the warmth with which his girls want to give him things.

Pallavi on the other hand knows that her father’s gifts are not just gifts. It’s many things. It is his desire to not seem like a poha-carrying Sudama in the presence of the lavish lifestyle of his daughter’s in-laws. It is also burnt offerings to the hungry gods of the joint family. These are the annual fees he’s paying to ensure his daughter stays in the club so can you blame Pallavi for worrying? If she does something to get blackballed from this matrimonial club she’s not sure whether her father will sympathise or want a refund.

* I liked the flashback in which Preeti drives her mother-in-law to Juhu. It is as if she is asking us: Did I remember wrong? When she got off the car didn’t she seem cheerful and happy? She seemed happy to me but what do you think. It strikes me that so many family feuds which turn Roshomon-like (“no that’s not what happened!” “no you are twisting my words!”) could benefit from a camera that goes everywhere with you. On the other hand this is one of the occasions when I did wonder what the camera was not recording.

* I did have a cold, distant moment last evening in which I asked myself “Nisha, what is wrong with you? Why do you have a desire to reach into the screen and infantilise Sonal and Roopa by pinching their cheeks everytime they smile at the camera.” I need to read all those pieces that came out earlier this year about cute aggression.

In other news about cute aggression for once I don’t hate a Bournville ad. This new one I really like.