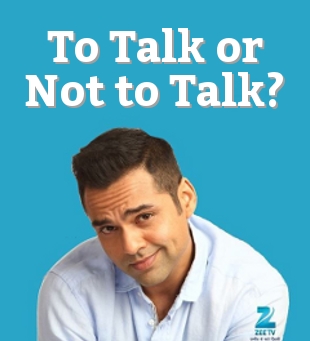 Watching the episodes and thinking about what to write in the blog piece feels a lot like hanging out with the women in my family and my extended family and then sitting over chai with some of them and gossiping about the rest. Except for a change, no one is trying to take the moral high ground as we try to see what can one do to improve one’s relationships with women (and men) who one knows. The latest episode seemed to ask whether communication and conversation can help solve a lot of redundant thinking. It makes us question the roadblocks that one feels when it comes to communicating one’s emotional needs to someone close enough or vice versa: how does one figure out if someone is close enough to be exposed to one’s emotional needs.

The episode opens with Mahima and her Hiya-didi bonding over absorbing some Vitamin D during a morning walk in matching green t-shirts. Over the episode we get to observe how the Mahima-Hiya relationship has evolved, from landlady-paying guest to live-in friends. The expectations from either side with respect to their cohabitation are not only amusing but also something that all of us relate to. As Mahima herself points out at some point, “I am not staying for free, I pay rent.” and “If I wanted to do this, I’d be staying with my mother.” — But does that relieve her of basic chores? Is she acting like a brat when she refuses to do her share of the work? Also, according to cliched and popular beliefs, it is only boys who are allowed to be slobs. So boys, here we learn: Even girls like being slobs. Also, the joint dinner with her landlady and her camfeed boyfriend was brilliant. Who says we are not living in the future?

Madhvi, on the other hand, is quite an old school woman. She is having all these mixed feelings about a man who is refusing to articulate what he is exactly looking for but is roaming around her aagey peechhey like a khaali rickshaw. Madhvi finds the best words to use for the camera when she says, someone “varisht” (rough translation: senior) should communicate at a higher level. Her words rang in my head like a giant ghanta (continuing pidgin Marathi). Is how we treat women harmful to us in the way that it preserves the little boys in us? Or do we treat women (even when it is respectfully) in ways that allow us to avoid thinking about what our actions mean, expecting them to fit around our needs?

The Malishka segments, of course, took a completely different rhythm when it came to the same communication. She met her brother in Seychelles. She is clearly very close to her brother and they have long, sometimes even pointless but nevertheless fun arguments. They get each other’s securities and insecurities in a way that they are comfortable enough to make fun of them. Despite being so frank and open with her brother, she did not bring up Ravi with him. Or she did and that just wasn’t on camera. This is where I feel the format of this PhD stops working. There are parts, which make a chunk of the context in a narrative, that I feel are missing from her footage. It has consistently been like a trailer into her life — glimpses and rushes and shots of feet.

Three things that needed to be pointed out from the episode:
1. Was Abhay Deol purposely standing behind a perfectly chiseled wooden (?) sculpture of a six pack as he discussed “fat” and its other cute synonyms? Whattay image.
2. Sometimes, I feel there is an overdose of the background score. It feels like the show is trying to push some emotion out of us, the viewers.
3. If I see one more visual graphic or sound cue that is telling me to laugh, I will hurt myself on a live camera feed. (Yes, that is a Black Mirror reference.) The most terrible sound cue was the toing when Mahima says, “I haven’t bathed today.”

What Falling In Love As a Fat Girl Taught Me

An Artist in Praise of Fat-Bottomed Girls