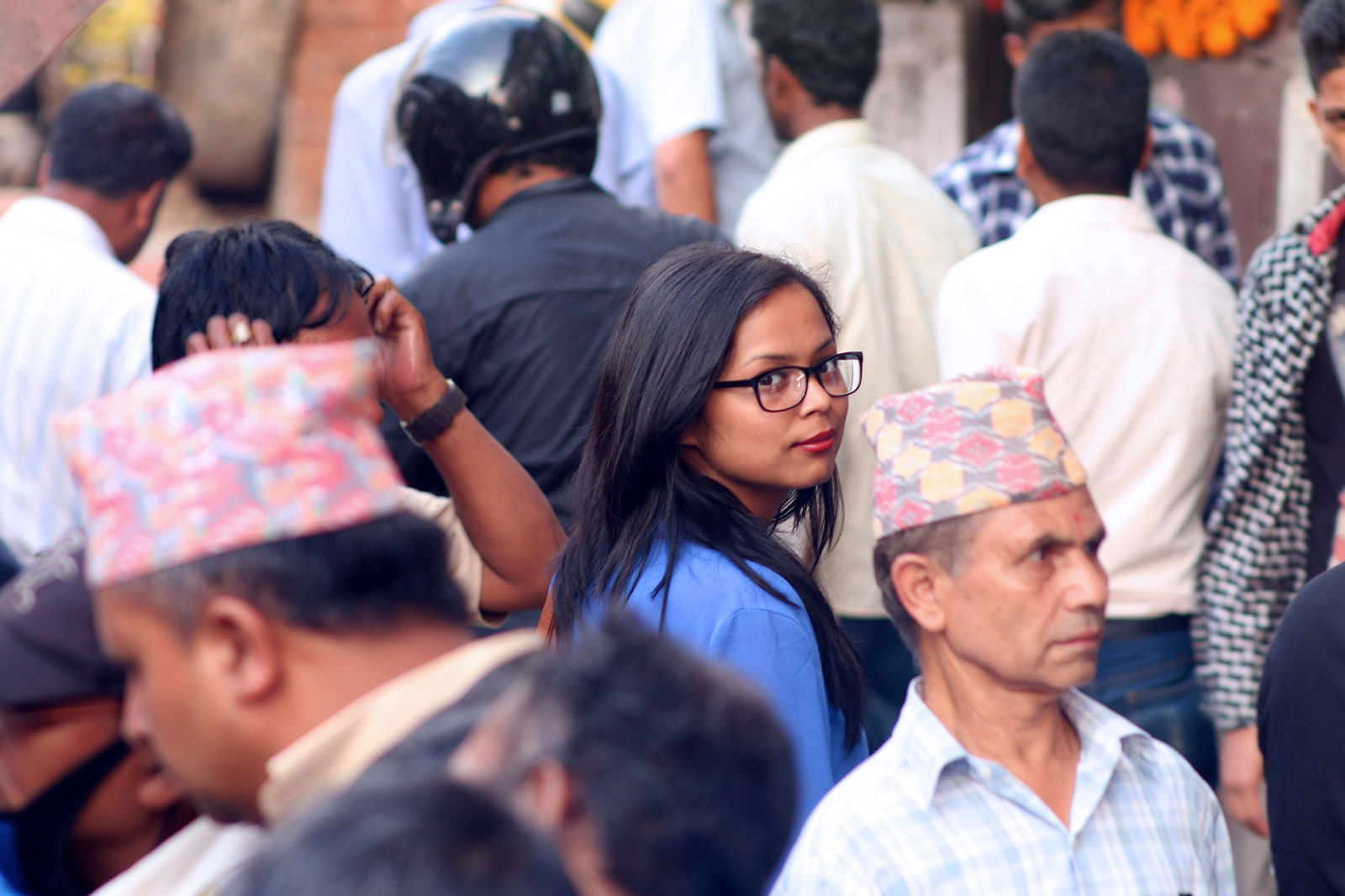 My father used to work as a tailor when he met my mother. Both fell in love and got married. To fall in love was itself an unusual act in our society and that too with an Indian Muslim was close to impossible. Their love story went fairly smooth without any interruption by any family members; they fell in love in Kathmandu, married in Delhi, came back to work in Kathmandu and then finally settled here. Now they have three kids, me and my two younger brothers.

I hardly remember going to my father’s house in Delhi. They say I was only two years old when they last took me there. Both my brothers haven’t visited my father’s home place. In fact, it’s been almost 24 years since my family has gone back to Delhi.

I was born and raised here in Kathmandu. I was born in one of the houses in Bhimsenthan where we still live. When I was ready to appear for the School Leaving Certificate (SLC) examination, I was asked a birth certificate for the first time. Without hesitation I received a certificate from the local municipal body. I knew that it would ease the process to get my citizenship later. Even the municipality staff suggested the same. But it was totally a false hope that they’d given. My application for citizenship has been ignored numerous times without any convincing reason. The reason behind the denial was that my father was an Indian. 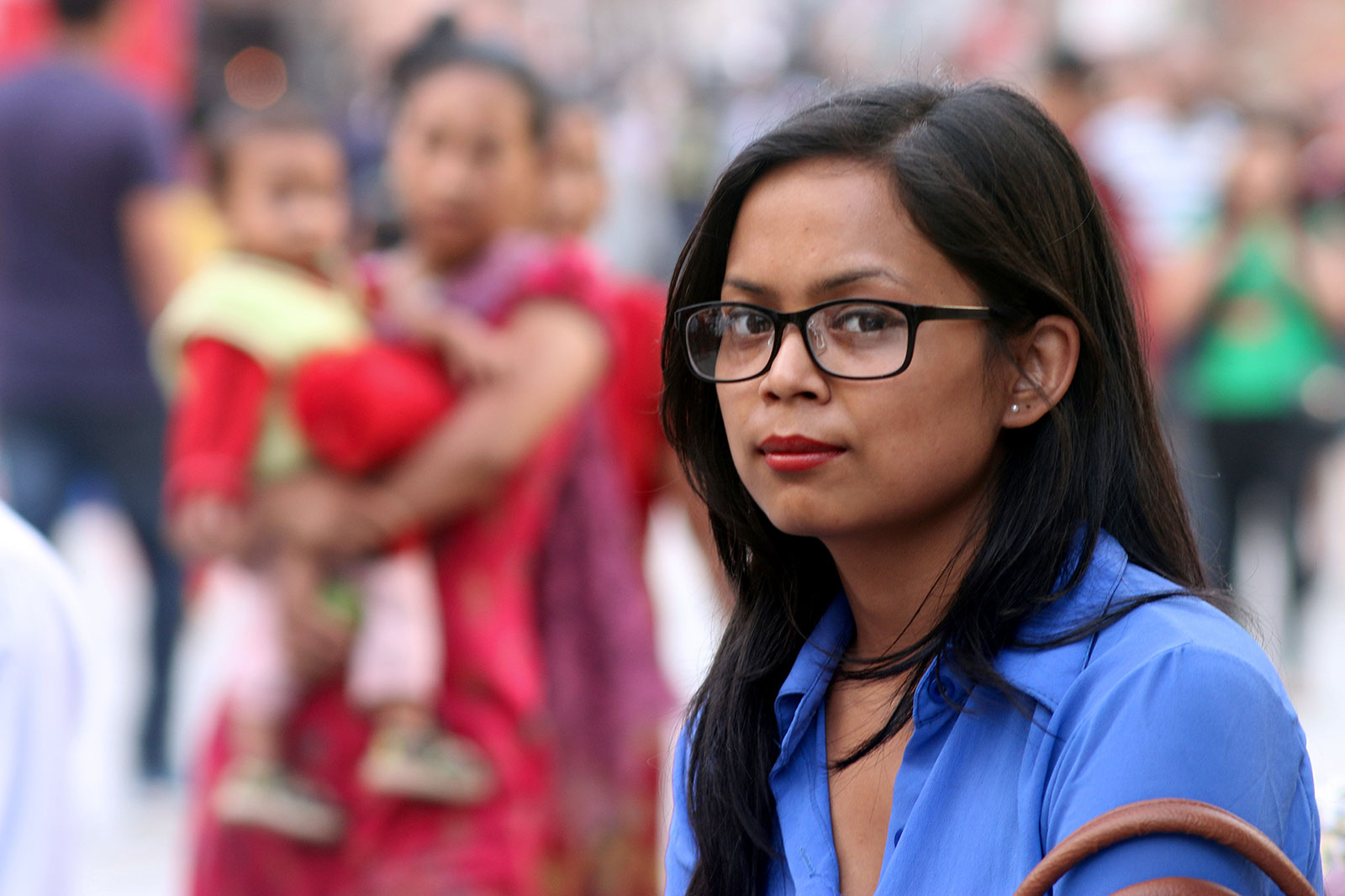 Just like any one in our patriarchal society, I too kept my surname after my father’s which is Khatun. For me being a Khatun is like having a normal surname just like any other people. I still remember being harassed by my friends for being a Muslim when I was a kid but I haven’t been treated badly in my adolescence.

The fact that I am being denied a citizenship makes me think if I made a mistake by taking on my father’s surname.

But immediately after this thought passes my mind, another bitter reality strikes me hard reminding me that there’s no place for a mother’s identity in this society.

I researched everything and anything I could, to find out a place for mothers whose identity has been erased. I even flipped pages of law books to check if being a mother is really valuable in this society. I read line by line over and over again to check and recheck if I was really deprived of that right by the constitution. The Constitution of Nepal clearly states that I can obtain a citizenship. It states that in its Clause 11, (2) (b), that a person whose father or mother was a citizen of Nepal at his or her birth is eligible. It gives me hope to compete for it. I have done everything that I could. I have xeroxed my documents more than ten times to give it to the lawyers and agents who assured me that I would get a citizenship certificate. Of course nobody could get me one. One agent even asked me for a bribe of 60,000 rupees. I told my parents about this and my parents almost gave him 1, 20,000 rupees to make two certificates, one for me and one for my brother. But we ended not wanting to get citizenship illegally.

I have been everywhere like a fanatic in search of a citizenship. I know my parents must have been worried seeing me worrying about it. They could only calm my angst and do nothing more. Like me, they too have knocked every door. I am definitely desperate for it. I had to let go of many opportunities because of this very reason. I can’t even ride a bike as I don’t have a license. My mother owns land in this country but how is she going to pass it over to her children even if she wants to?

My fight is definitely to get a citizenship by birth through my mother’s name. I feel I should stand firm. 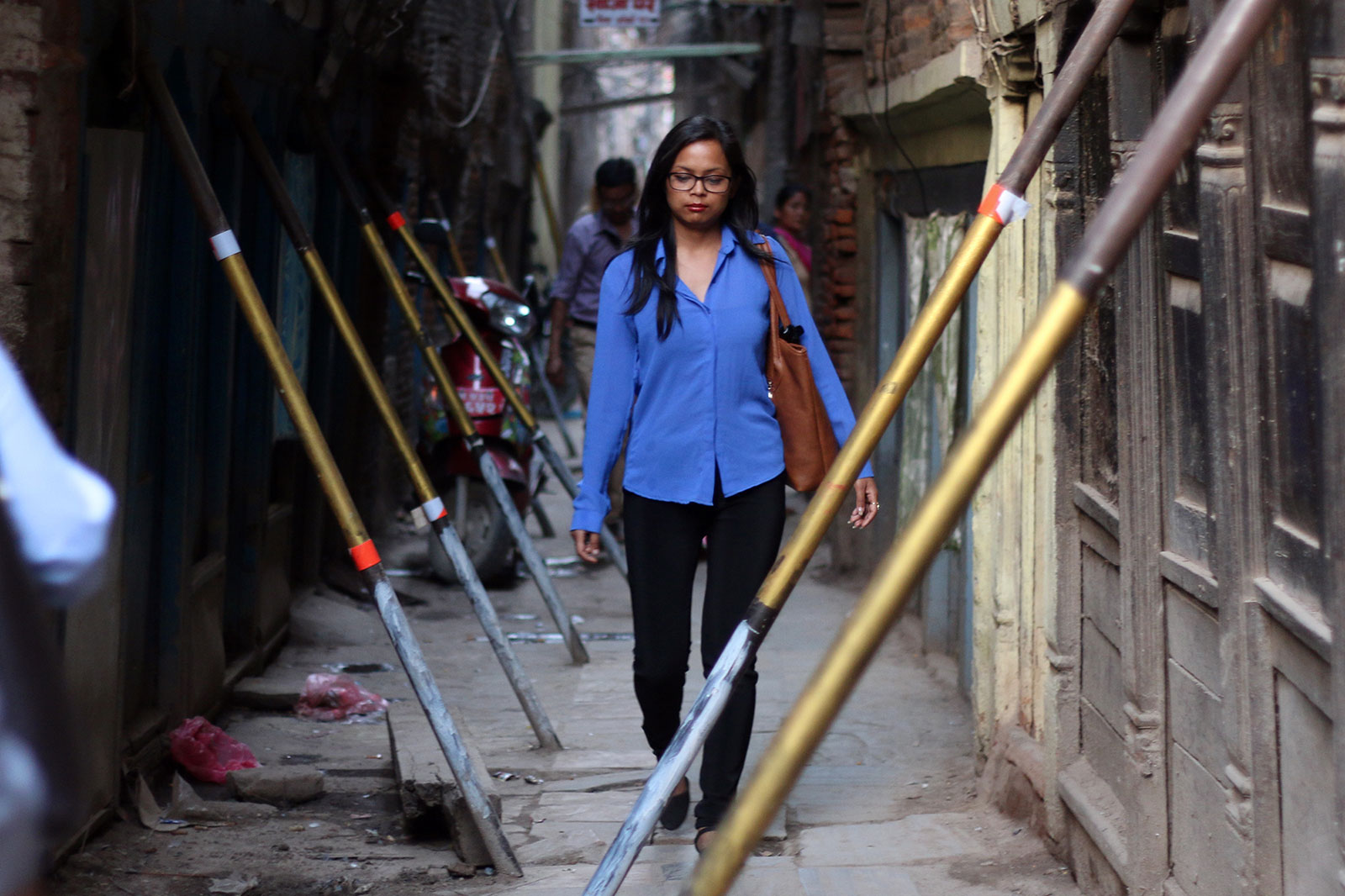 There is also a clause in the constitution which makes me eligible to apply for citizenship by naturalization. It says any foreign national of full age and capacity may submit an application to obtain Nepali citizenship if he/she can speak and write in Nepali, if he/she has resided in Nepal for at least 15 years, if he/she has a good conduct and character, and if he/she is engaged in any occupation in Nepal. I do match all the provisions asked by the constitution. I fluently speak, write both Nepali and Newari. I have lived in this country for more than 25 years now. I believe I have a good conduct and character and every month I pay taxes to this government too. If this government wants me to apply for this category, I could. But I am not a foreign national. I don’t have an Indian citizenship. I never considered myself an Indian.

But this society is cruel. It keeps telling me that I am Indian because of an Indian father and because my mother is a Nepali woman, her identity doesn’t count.

I was in a relationship for seven years with a Shakya guy from the Newar community. We were all set to get married. For seven years my partner didn’t have any problems with me. He would always support me saying, “You are still a daughter from a Newari mother which undoubtedly makes you a Nepali.” When we started to talk about marriage, his family denied meeting me, even once. They found out that my father was a Muslim. They even prevented him from seeing me. It was a painful moment when I heard about his marriage which would take place with another girl whose parents were both Nepali. Later, his marriage celebrations took place a couple of blocks away from where I live. It broke me into pieces and tore me apart. Before he got married he used to console me saying, “Your parents are inter-caste and inter-national, which is even better. I will convince my parents anyhow”. But it seemed like the whole country itself has not accepted it till now. 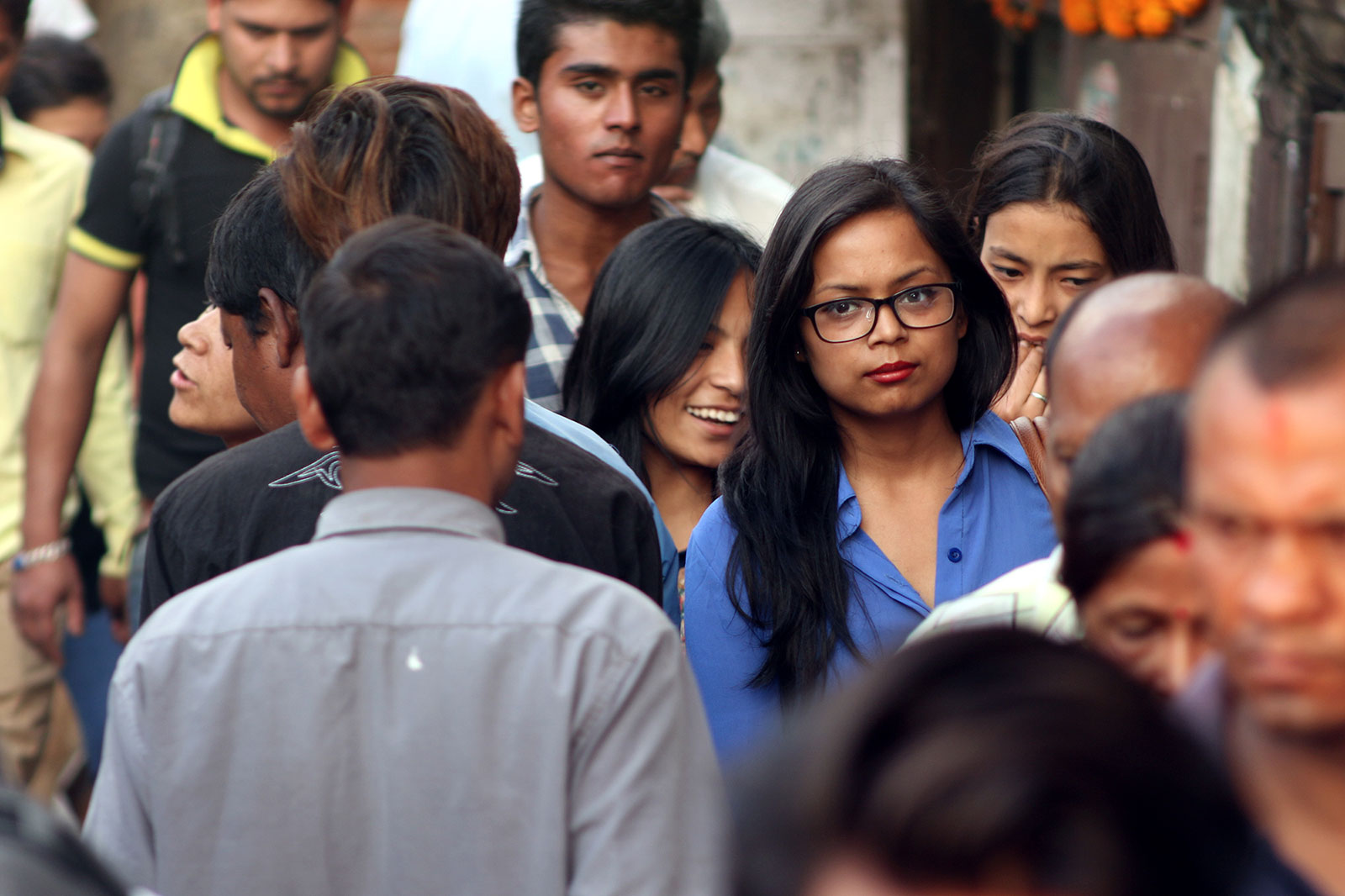 I am twenty-six now, which is a common age for a girl to get married in my community. I might marry soon. And once I get married to a Nepali guy, I know I will be qualified enough to apply for the citizenship of this country.

This constitution gives more credentials to a Nepali man than a Nepali woman despite holding the same citizenship certificates.

My husband, a Nepali man, will be the person who will liberate me from this crisis.Though this might be a way out for me, I wonder how my brothers are going to fight for it.

I have fought lots of battles which I have lost. But I still feel independent and am able to face numerous upcoming fights for my rights. If I ever get a citizenship through my to-be-husband, I am sure I would consider myself a humiliated Nepali throughout my life.

In this Children’s Book, Punk Rock Guides the Way for a Brown Girl Trying to Fit In