HomeBooksExcited by the ISRO Satellite Extravaganza? Here A ...
February 16, 2017 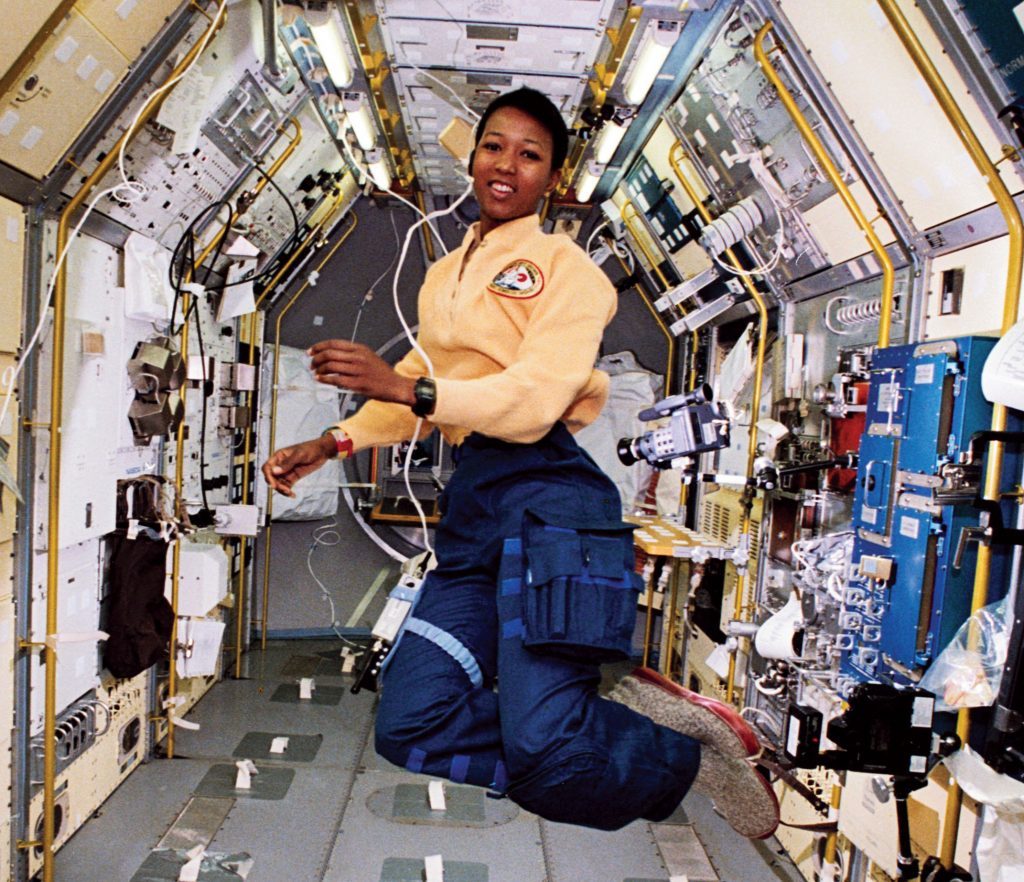 The Indian Space Research Organisation (ISRO) has launched 104 satellites into space, breaking a number of records. They beat Russia’s record for launching 37 satellites in a single launch, by using a modified inter-continental ballistic missile. Last June also, India set a national record when they launched a rocket with 20 satellites, 13 of which were from US.

Now, they are considering sending missions to Jupiter and Venus. A second mission to Mars may happen around 2021 or 2022, and it may even involve putting a robot on the surface of the planet.

So as the satellites make their journey, and we’re left longing to be in space, here are five books set in space, written by women. Women have been publishing science fiction since the 1950s, but it was with the second wave of feminism that several women authors appeared on the scene. Yet, the biggest names that occur to us when we hear science fiction are usually men — Isaac Asimov, Ray Bradbury, Douglas Adams…

So here are five books that are set in space, written and imagined by women, until we can get into spaceships  ourselves.

1. A Wrinkle in Time by Madeleine L’engle

The first book of the Time Quintet series, this is not just an obvious addition to the list, but is also timeless. It is the story of Meg Murry, her little brother Charles Wallace and her mother encountering three odd women who take them through planets and dimensions. Meg and Charles’ father had been experimenting with the fifth dimension of time travel, when he mysteriously disappears, and now they must find him.

Full of the wisdom and philosophy that only children’s books can have, A Wrinkle in Time is a timeless read, whichever dimension you belong to. Also coming soon to you as a huge movie directed by Ava DuVernay (of Selma fame) and starring (among others) Oprah Winfrey.

2. Memoirs of a Spacewoman by Naomi Mitchison

Downbelow Station is one of Cherryh’s Union-Alliance novels, which explores a future history of human civilisation that spans 5,000 years. It is like a classical historical epic, except it is fiction and set in the future. The characters have complex and intriguing personalities and histories. It won the Hugo Award of 1982, and consists of scenes which are re-enactments of Germany’s Kristallnacht during the Second World War. It might be slightly slow-paced but it explores the abuse of military power and debates Martial Law.

4. Up the Walls of the World by James Tiptree, Jr (Alice Sheldon)

Written by Alice Sheldon, who wrote under a male pseudonym Up the Walls of the World describes an attempted invitation of Earth by beings that have advance telepathic abilities. It explores alternative ideas of sentience, and her book challenged barriers between what could be considered “male” and “female”. She was inducted into the Science Fiction Hall of Fame in 2012.

This book takes you through Earth, the home planet of the invaders, Tyree, and deep space, where The Destroyer resides, an intelligent entity that is larger than the entire solar system.

A part of the Zodiac series, the first book introduces you to Rhoma Grace, a 16-year-old student who has an unusual way of reading the stars. She looks up at the night sky and makes up stories. A blast strikes the moons of Cancer, sending the planet off-kilter. How will she convince 12 worlds to unite as one Zodiac?