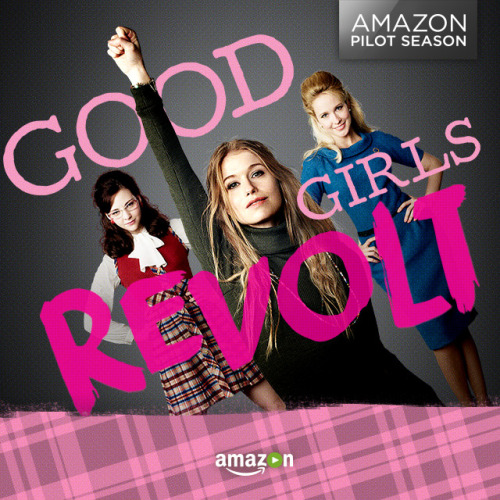 The first time I watch a byline go to a male reporter instead of a woman who has worked extremely hard for a story in the new TV show Good Girls Revolt, I get furious. Then I watch a woman — her character, played by Grace Gummer is based on Nora Ephron who actually quit Newsweek in the 1960s — get fired from the show’s 1969 newsroom for rewriting a story by a male colleague that was terribly written in the first place. “This is not our tradition,” her senior male colleague says as he fires her. A few episodes later, another man takes the credit for a huge scoop that a woman colleague gets on a national story, and another woman writes a piece that her male colleague was supposed to file before he decided to up and quit without letting anybody know. Of course, he still gets the byline. As if all this isn’t enough to make you angry, the men are also always telling the women that they can’t go out reporting; they’re just expected to make phone calls from the office, pull all-nighters to get information for the men, get much lower salaries, and stay happy.

Amazon’s new show Good Girls Revolt is based on a true story that was originally a book by Lynn Povich, where a group of women who worked in Newsweek protested against not being allowed to write, or move forward in their work in any way. The show is centred around three women who work as ‘researchers’ for the magazine News of the Week — we see Patti (Genevieve Angelson) as a great reporter who is completely devoted to the stories she works on, Cindy (Erin Darke), who is my favourite, as a woman who loves to write and is depressed in a marriage where her husband secretly pokes holes in diaphragms hoping to get her pregnant, and Jane (Anna Camp) as a fully chust reporter who in the beginning tells everyone she’s only there until she gets married. Then there all the men who do the writing, appearing to be fully invested in a story that they are really doing very little for, and going for meetings with the editors while the women stand around downstairs, waiting for them to come and tell them everything that happened. These men most certainly wouldn’t be like Patti, who takes it upon herself to secretly travel to San Francisco from New York one night, just to get a single quote for a story that’s then written by a man.

Perhaps my investment in the show also comes from being someone who, like these women, has begun to discover the excitement of writing and reporting, but the show only leaves its viewers with enough space to lurch between being angry and being overwhelmed and upset. If you’re like me, sometimes you will just wish that all these self-absorbed seemingly ‘nice’ dudes in the show would simply disappear, imagining all the while how beautiful it would be to watch something with these women who are caught up in breaking stories, going to all-women meetings, looking at their vulvas with a mirror, and are so invested in their work lives.

But the unsettling thing about Good Girls Revolt is that nothing much has changed. A review of the show criticised it for not doing enough to situate it in the 1960s; whether this is consciously done or not, an important part of watching the show for me was this strange sense that lot has also remained the same. Today, we know that workspaces — not just newsrooms — are hesitant to have women working night shifts; we know that men often take credit for the work that women have done, and we also have politicians who announce most benevolently that it is better for women journalists if they do analysis, rather than on-field reporting. We also have men — friends, husbands, uncles, boyfriends, fathers — who, declaring that they have our best interests at heart, refuse to understand women who place work on the top of their priority list.

The thing about a lot of these ‘nice’ dudes is also that they can’t look beyond their own niceness. The same inability often plays itself out as pride in considering themselves ‘progressive’ — in the show, it’s because they now have women in their newsroom. Scenes in which you see Jane’s male colleague asking her if she wants to come reporting with him are also a reminder of this — it makes him seem like a ‘nice’ dude, but all he’s really doing is something that should have been normal anyway. So, since the men only let women have so much, they realise that they’ll just have to push them out of the way to get what they want.

It’s true that the show took the too-easy way in having the women’s lawyer Eleanor (Joy Bryant) convince a hesitant Denise (Betty Gabriel), the only black woman in the newsroom, join the other women in their lawsuit, just by telling her that all women are trapped in a box. But for women who have only just begun to navigate work, or relationships in which they have slowly started to push back; for whom work is more important than most other things, or who worry about writing, this show is satisfying and encouraging. It’s true that the show is slow, that it establishes dozens of side-relationships, and takes ages to get to the revolt itself, but this time that it takes to show you these women, is what reminds you a lot of things are still them same.