HomeWatchlistCinemaHow Do You Fall in Love with a Sexual Predator? Ha ...
January 18, 2017 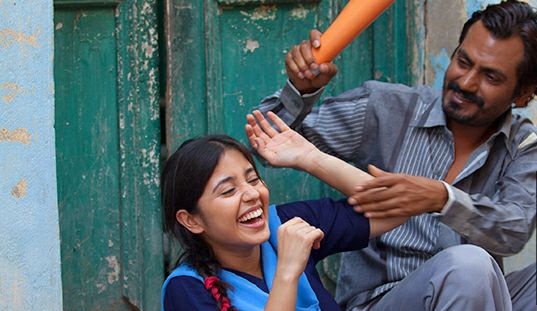 Post Haraamkhor, I was left feeling confused, and then guilty for feeling any conflict about it at all. The directorial debut of Shlok Sharma, the film is set in an ambiguous small town, where a 15-year-old student, Sandhya (Shweta Tripathi), has an illicit relationship with her married tuition teacher, Shyam (Nawazuddin Siddiqui).

I would have preferred feeling straightforward anger for the ‘evil sexual predator’ Shyam and sympathy for the ‘hapless, innocent girl’ Sandhya — which would’ve been an easy and clean way to understand the film — but instead, all the characters, chiefly Sandhya’s, are too complex to be classified into black or white, especially when they all fall into grey areas.

The film had been struggling at the hands of the censor board since June last year. We are reminded of this by the disclaimer at the beginning of the film, which explains that the film is about the dangers of sexual violence minors may face, especially girls. There’s also a scroll reminding us in every scene, which has physical intimacy between Shyam and Sandhya, that sex with minors is an offence. 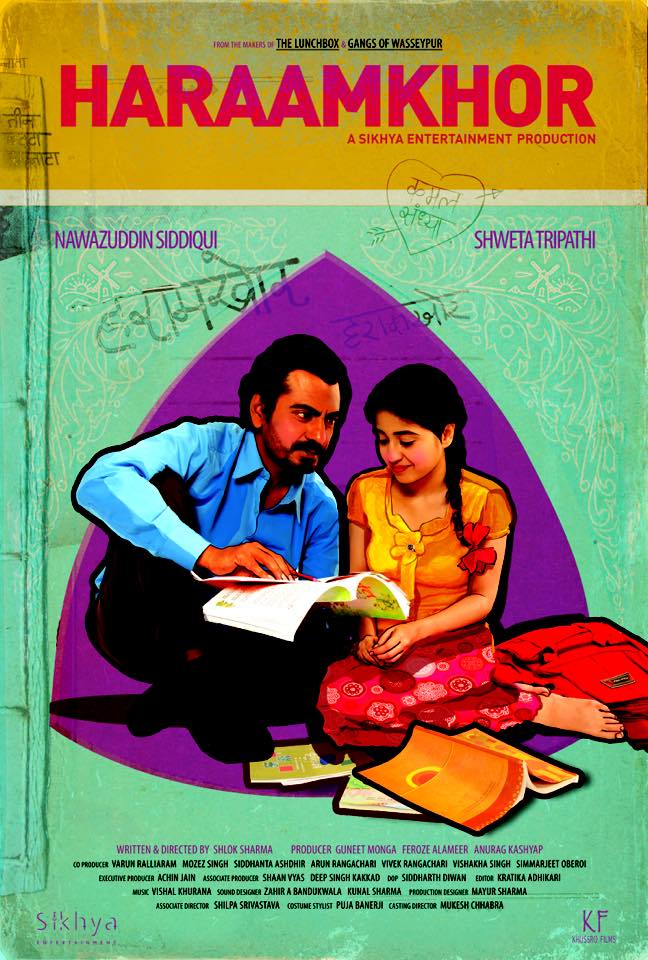 Shyam’s character is undeniably not good in a sense — he openly manipulates and throws violent tantrums. He flirts with his female colleagues to aggravate Sandhya, and he lets Sandhya’s presence aggravate his wife. He’s the man we know well, the man who cannot imagine how any of what he is doing is wrong, because as far as he is concerned, he’s an honest man following his own impulses.

The location of the film is like a metaphor for its characters, the place is shown to us through dry and barren visuals of mud and rock, and the endless feeling of going nowhere. The visuals give no real sense of location — creating the same feeling of suffocation that is Shyam’s aura.

Sandhya, on the other hand, is like the wind that almost constantly blows through this nowhere town — sometimes calm, and sometimes wild, loud and all-consuming. The film isn’t a straightforward story of an oppressor and a victim, which was perhaps, one of the reasons it did not sit well with the CBFC. Sandhya’s character had a complexity that went past being just a “victim” — Sandhya’s ability to see the world was severely underestimated by the adults around her.

Sandhya’s mother left her when she was young, and most of the time she manages on her own around the house, opening the door at night when her father’s police officer colleagues drag him in after a late night of drinking. She senses that her father is now in a relationship with another woman, and even though it upsets her, she grows to understand it. When her suspicions are confirmed, perhaps her disappointment comes more from her father never communicating with her, more than a sense of betrayal or jealousy.

Giving a child the capacity for sexual feelings has created controversies for many works of fiction, be it Vladimir Nabokov’s Lolita, Ian McEwan’s Atonement or Margaux Fragoso’s Tiger, Tiger. But when we begin to imagine the capacity of a child to understand pain and abandonment (sometimes I wonder if it is even greater than ours), and we see a child’s sexuality as not something perverse, but natural, we begin to approach the rhetoric of child abuse differently.

This film is about abuse, but it isn’t just a story that tells us who to point the finger at, but of how abuse happens. Haraamkhor begins in the middle of Shyam and Sandhya’s relationship, you soon realise. And this is momentarily confusing — why not show the origin of Sandhya’s misplaced infatuation, or the manipulation of Shyam’s courting? Wouldn’t it be a stronger message of the devious ways in which child sexual abuse takes place? Nawazuddin Siddiqui could have just thrown his head back and laughed, instead of the controversial moments of softness he shows, when he oils her hair or when he fixes her motorcycle.

Sandhya trusts him and derives more comfort from him than she can from any other character in the film. She knows when Shyam has done her wrong, and yet she returns to the relationship, and continues to pursue him. Returning and returning in spite of our better judgment is the habit of every abusive relationship.

Where is it that we learn how to love? How do we decide how much love we deserve? Sandhya is alone — her mother has abandoned her, her father is well-meaning but mentally absent and completely unaware of the clues that something is happening in her life. And this is where she’s learnt how to love., from the people she surrounds herself with.

She begins the journey of leaving the abusive relationship when she finds maternal comfort in Nilu (Shreya Shah), her father’s girlfriend, a nurse. Though their scenes together are few, they are symbolic of the power of female friendships. Nilu tells Sandhya her own story, which is similar to what Sandhya is going through, and just that hope (that my female friendships so often give me) gives her the strength to leave.

Later, Nilu protects Sandhya even though she realises that the latter (Sandhya visits the clinic Nilu works at) might be pregnant. It’s heart-warming — especially considering the fact that even today there’s so much stigma for an unmarried woman to visit a gynecologist — to see this display of female support and understanding, without even exchanging many words.

The film has a parallel plotline that shows another face of childhood, balancing out the darkness of Shyam’s and Sandhya’s relationship. It follows the characters of Mintu (Mohammad Samad) and Kamal (Irfan Khan, not to be confused with Irrfan Khan). This is the side of childhood that is easier to imagine — the shenanigans and wild imaginations of children. Kamal has a huge crush on Sandhya, and Mintu knows how to make sure they end up married and with a child — they have to see each other naked. The scenes between Mintu and Kamal are usually humorous, until the last part of the film suddenly cuts the laughter you associate with the duo to a painful end.

Haraamkhor is a film of serpentine relationships, all of which demand the audience to expand its imagination beyond a black-and-white understanding, or an interpretation that just points out the abuser, and punishes them (like the film Pink did last year), and leaves us feeling self-satisfied. It’s a film that left me confused, and demanded I expand my imagination about what would have been so easy to define just before I watched it.

4 Responses to “How Do You Fall in Love with a Sexual Predator? Haraamkhor Has Uncomfortable Answers”