In a letter addressed to the Principal of Government Medical College, Jammu, another Ladakhi woman studying there has said she was molested by Bhupesh Khajuria. This comes after a Ladakhi student had filed an FIR against him in December for molesting her in his office, leading to widespread protests in Jammu, Leh, and Delhi ever since.

The second woman reportedly said she preferred calling Khajuria a “molester faculty member” in her letter. She also said that she had told a female faculty member about the molestation, but had been “advised” to avoid him and keep quiet about the sexual harassment; because he could otherwise make sure that she didn’t get her degree. “The moment I would be around him, he would talk nonsense, make efforts to engage me in talking explicit stuff, and then end either by trying to kiss me on my cheeks or by forcing me to hug him. I would resist,” Kashmir Life reports her as saying.

In her letter, the woman has also said that she wants the principal to forward her complaint to the police station to register an FIR against Khajuria. She says that she doesn’t want her parents to be involved in this, because she doesn’t know what their reaction will be, and is worried that they might ask her to give up her MBBS and return home. GMC’s principal has reportedly said that he has forwarded the complaint to the Gender Harassment Committee, which has the authority to decide whether it should be forwarded to the police, or can be dealt with at the college level. The GHC has already forwarded the complaint of the first victim to the Secretary of the Health and Medical Education Department, which means that a response from the State Government is now awaited.

We previously wrote about a medical student at Government Medical College, Jammu, who was molested by her professor Bhupesh Khajuria, Head of Department of Forensic Medicine at GMC on 20th December, 2016. Unsurprisingly, the college and police have done nothing. While the national media remained strangely silent, Jammu and Leh erupted in protests. The Jammu and Kashmir Opposition walked out, Leh shut down for a day, and more recently, there were protests in Delhi.

Yesterday, on 21st February, more than 500 students came out in protest at Jammu University. They held a rally and submitted a memorandum to Mehbooba Mufti (again), demanding that the government set up a fast-track court to deal with cases of sexual harassment and abuse, and that Khajuria be fired unconditionally from his job (including all his tie-ups with the J&K Government). They also demanded that Mufti intervene in the matter to guarantee immediate action against the accused, with a different police cell or helpline to be set up to handle the cases of sexual harassment filed by students. Considering that the Health Minister had promised to set up a committee to look into the case, the students also wanted to know whether the committee had submitted any report, and what its findings have been.

Here are some photos from yesterday’s protest at Jammu University: 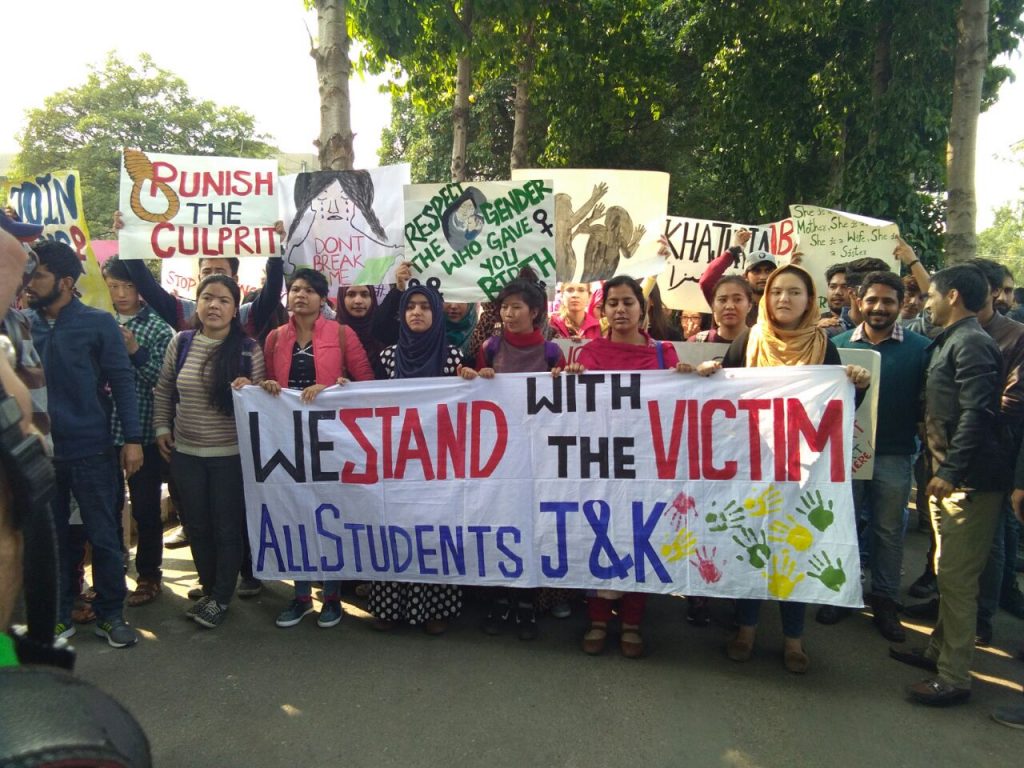 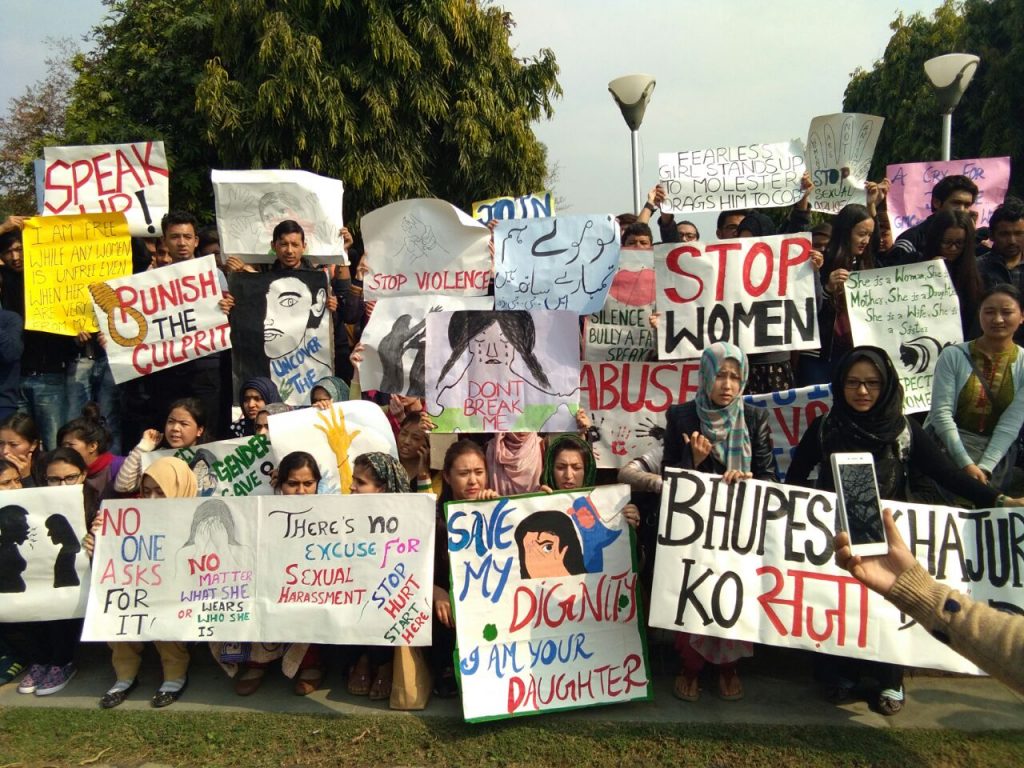 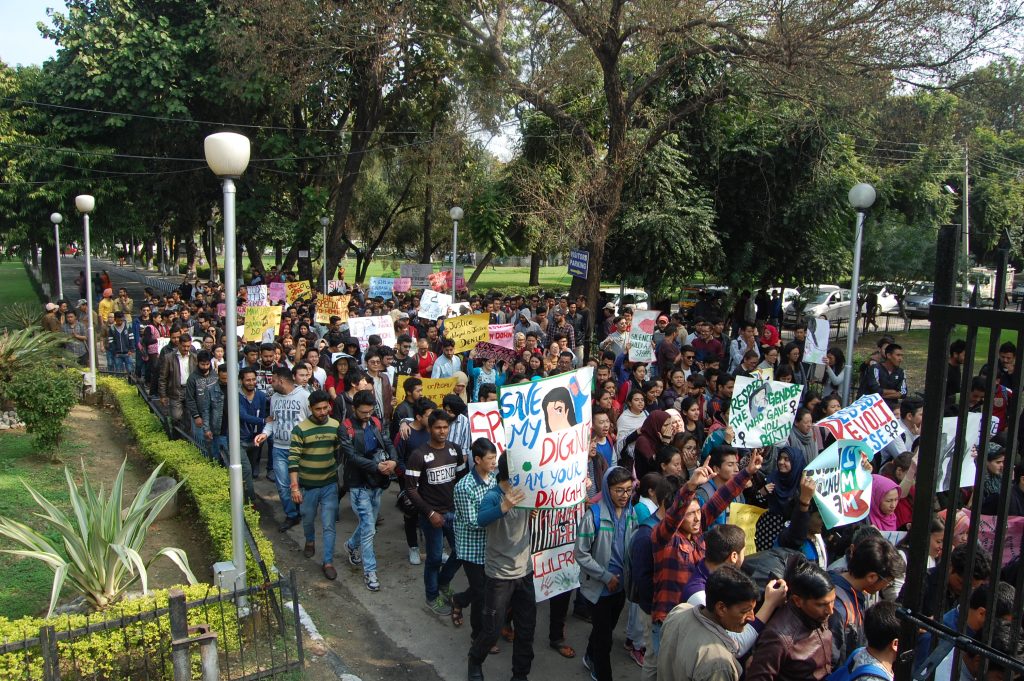 Students began the protest at the Fountain in Jammu University. 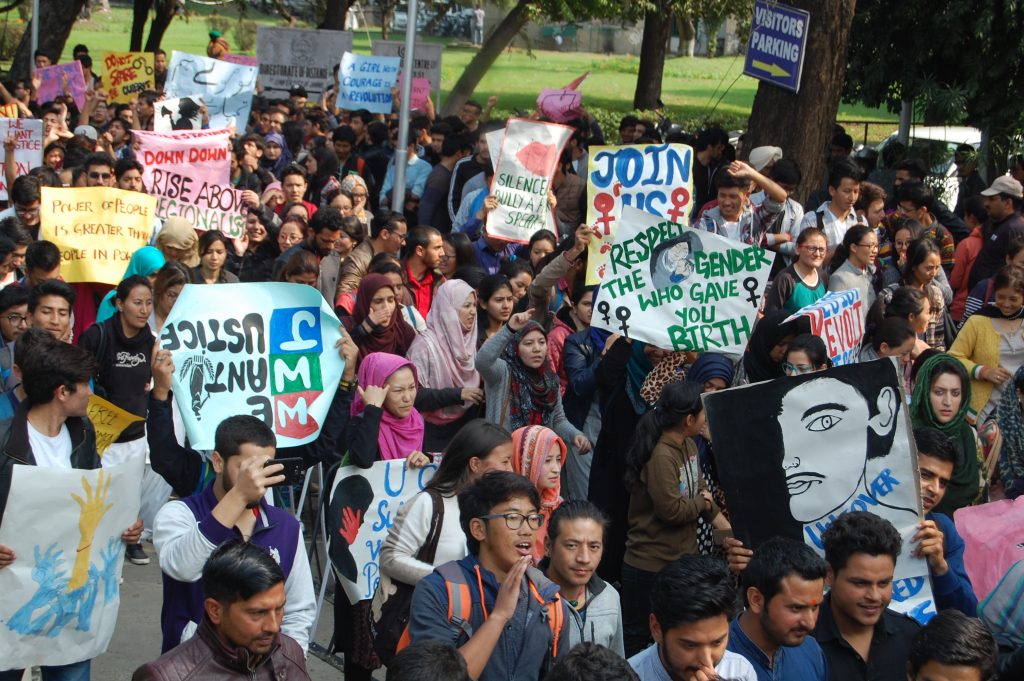 They took the protest rally through the campus. 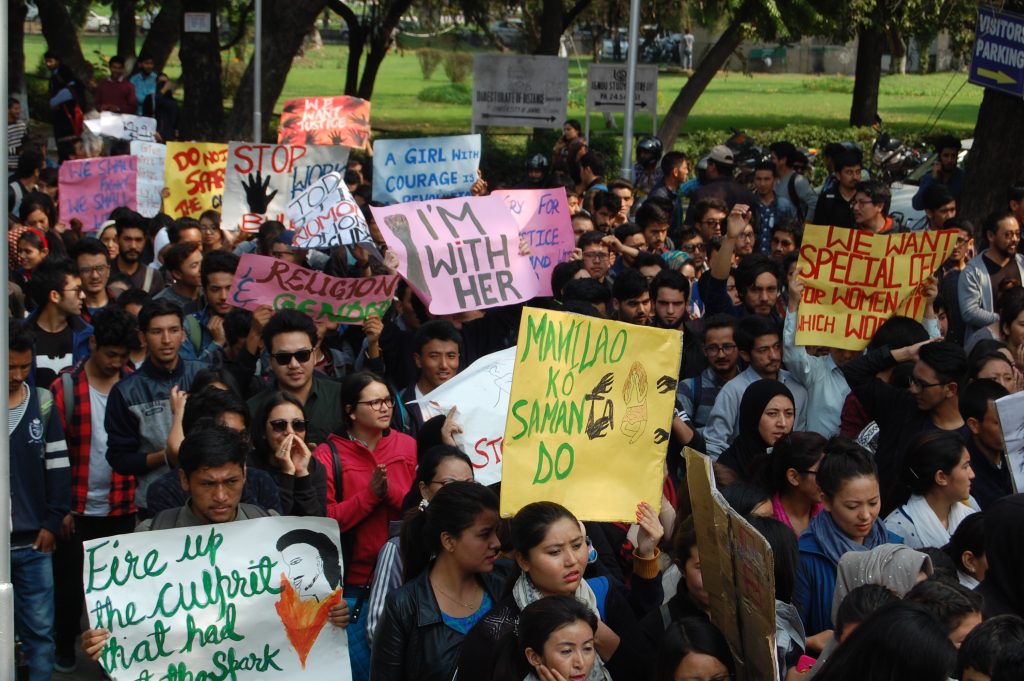 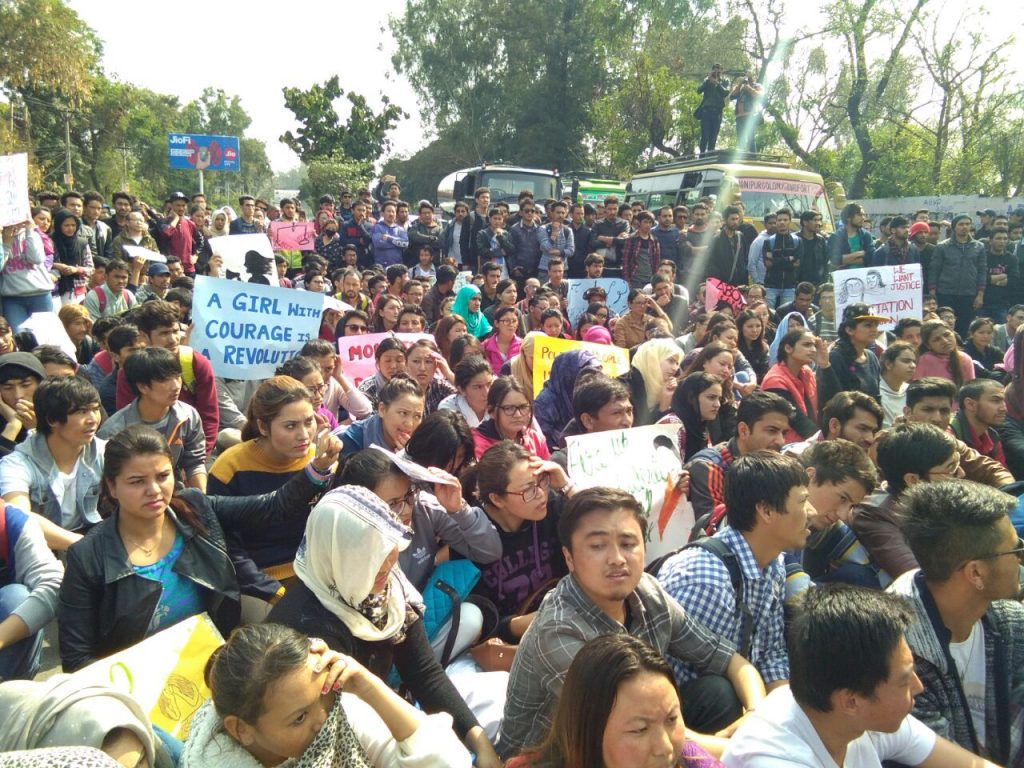 They all protested under the banner of All Students of Jammu and Kashmir. 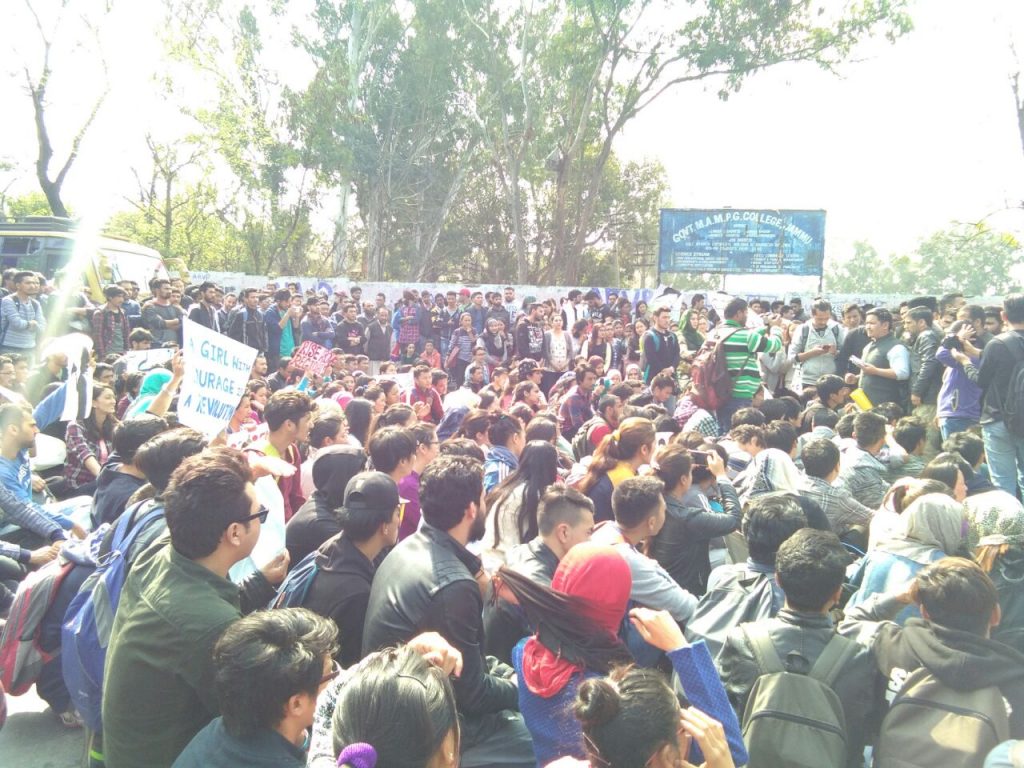 The protesting students at the Government Medical College, where the molestation happened.

At the Bangalore Town Hall Protest, I Couldn’t Bring Myself to Say ‘I Am Asifa’