HomeLifeJeansJeans: Our Brand New Column for Your Saturday Feel ...
April 7, 2018 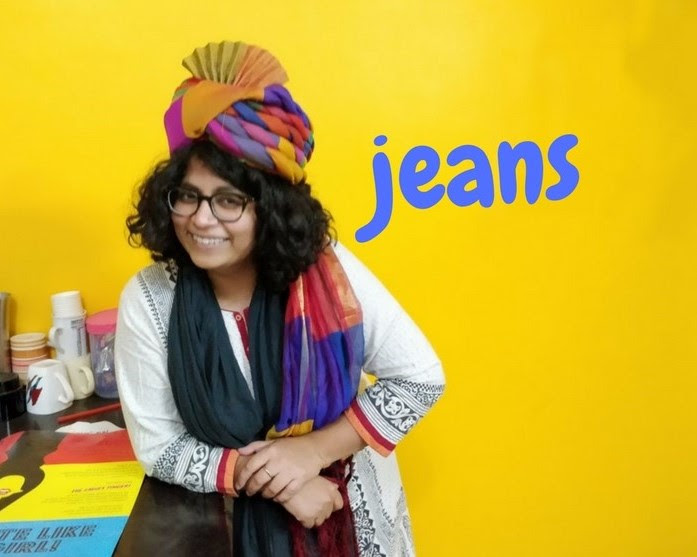 Our Central Government this week was engaged in a hardcore upper-body and lower-body workout on behalf of truth. The UGC announced that it would begin to crack down on teachers and students guilty of plagiarism, and also launched a failed attack on journalists, threatening to withdraw their accreditation if they were found guilty of spreading fake news. While some journalists scratched their heads and wondered what accreditation they were talking about, others howled at the moon and made sure the I&B Ministry rolled their evil weevil plan back with immediacy. Not so fortunate are Women’s Studies departments across the country, who continue to be greeted by terse announcements that their funding will be continue to be cut.

Across in our pados, chatur naar aka Chinese feminists have created well-honed weapons to thwart state machinery and censorship. To talk about #Metoo for instance, feminists are using the phrase and icons “rice bunny” (米兔) which is pronounced “mi tu”. A young Chinese feminist told us that during the recent Chinese new year, women were sending each other messages like ‘All I want this year is a rice bunny.’

The List continues to create action, debate and lots of lots of writing. Our recent favourite was in the title of this workshop organised by students at Ambedkar University, Delhi workshop, “How to NOT sexually harass your students. 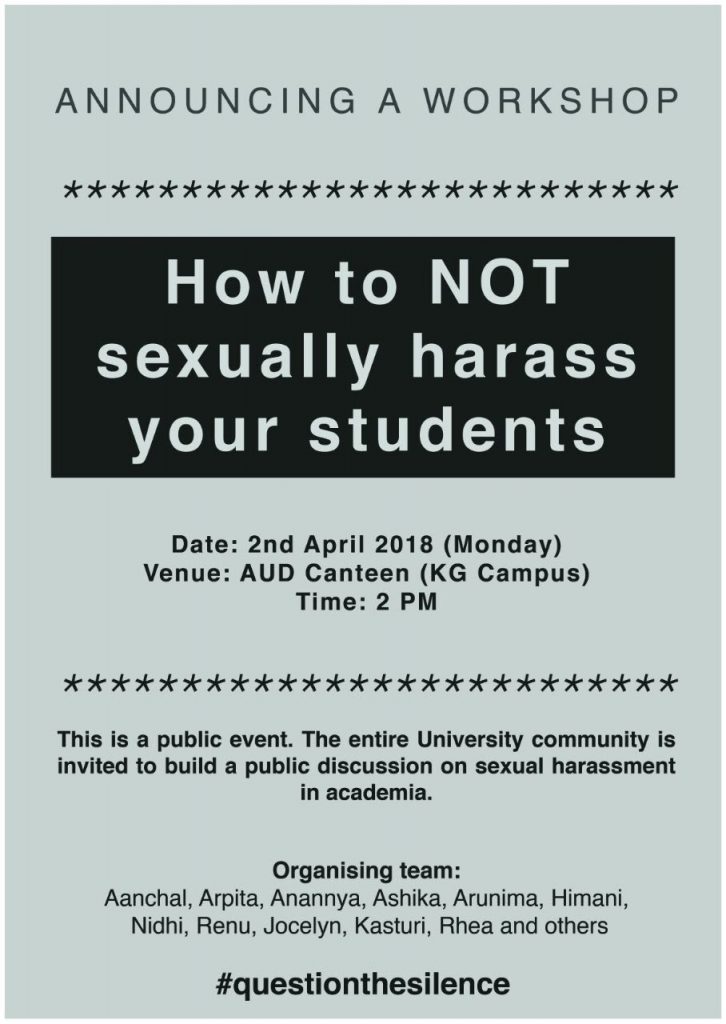 Electric Literature set the whole internet on fire with their collation of tweets on how women would describe themselves if they were being written by male authors. Unfortunately, as we all at TLF tried to find ways to describe ourselves as male authors would, we found ourselves looking very constipated and just gave up. 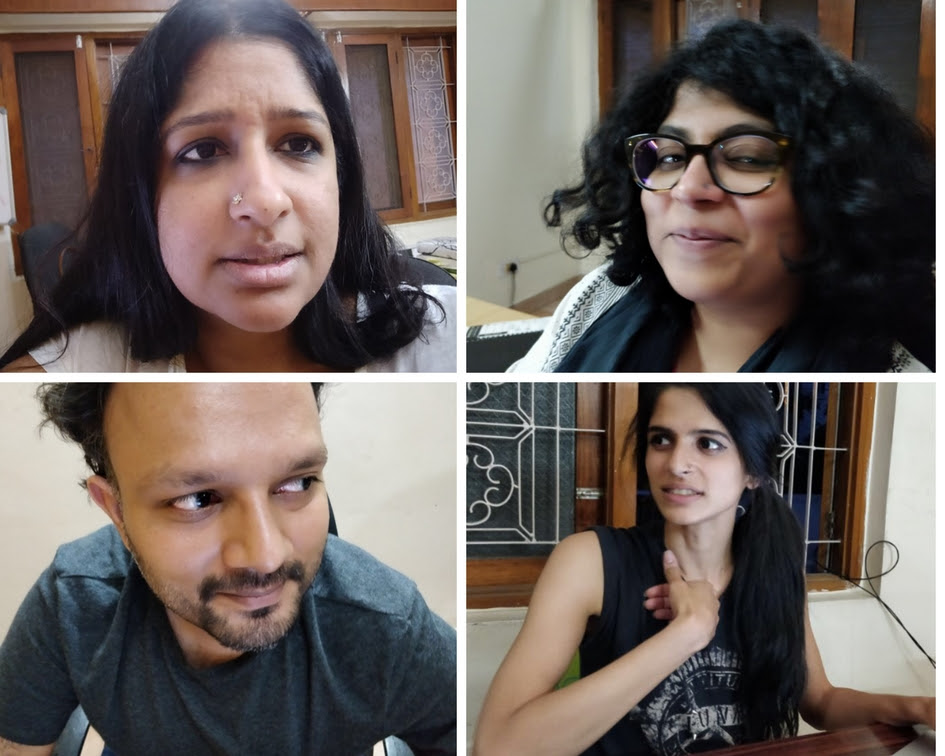 The CWG Village by the way, seems like a great place to party: it provides athletes 225,000 condoms, or 34 per athlete, which adds up to a healthy and virile 3 condoms per day.

This week we fell down a rabbit hole of reading about misogyny online and surfaced in 1976 in an essay called Trashing: The Dark Side of Sisterhood, where feminist Joreen reflects on a very familiar feeling. Joreen writes, “Trashing can be done privately or in a group situation; to one’s face or behind one’s back; through ostracism or open denunciation… In effect, what is attacked is not one’s actions, or one’s ideas, but one’s self. This attack is accomplished by making you feel that your very existence is inimical to the Movement and that nothing can change this short of ceasing to exist… Eventually all your colleagues join in a chorus of condemnation which cannot be silenced, and you are reduced to a mere parody of your previous self. It took three trashings to convince me to drop out.”

It didn’t help the next day to read that Dalit feminist writer Rajni Tilak had passed away. But the bright side of sisterhood celebrated Tilak’s life in multiplebeautiful obituaries.

As if we needed any reminders that the work of the sisterhood is cyclical and not linear, this week we read of a secret network of abortion providers — women working to give cheap and safe abortions at home in rich and powerful US — which is destroying reproductive rights state by state.

Also this week the designer Sabyasachi Mukherji continued the “Kanjivaram saree revival” he announced back in December 2017, this time with a new batch of the annoyingly fragmented photos he posts. These new photos shows statuesque and oddly bronzed women wearing fully revived Kanjivaram sarees and south Indian temple jewelry, inspiring commentators to announce that “dusky is sexy” and “her eyes remind me of Rekha”, probably because, south India. 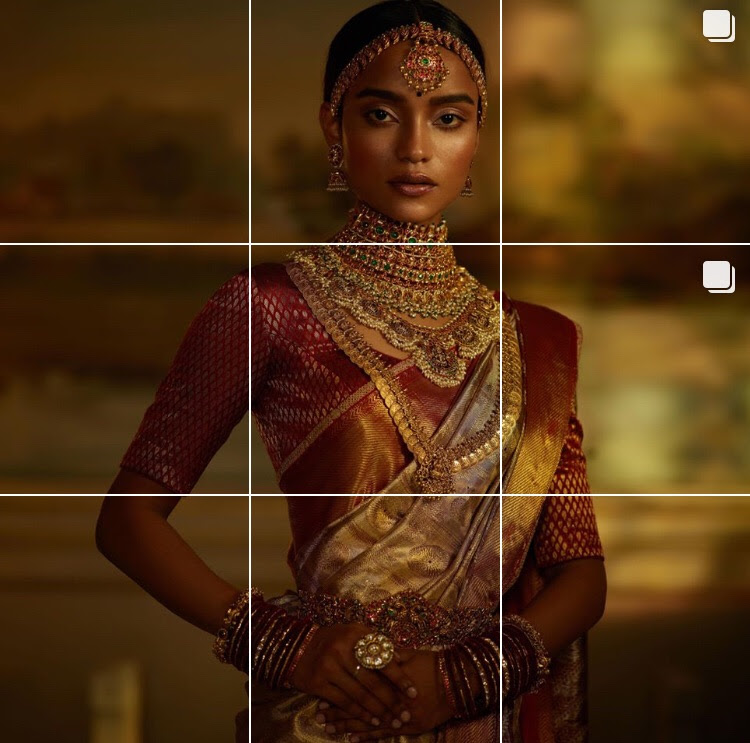 This whole revival scene of course reminds us of that Malayali man who wrote to Outlook magazine after fashion critic reported that the breast was back, “I don’t understand where it went.” The only happy side effect we can think of is that Rashmi Ruth Devadasan, genius co-founder of Blaft should finally deliver on her threat to write speculative fiction about Zombie Bharatanatyam dancers.

And talking of creepy, Lithub has a terrific list of the 15 creepiest children in literature. And playing on the contemporary pop culture trope that kids are scary AF, here is a rather clever prank in a hotel corridor engineered by a Spanish talk show.

That’s all for now, folks. See you next week!