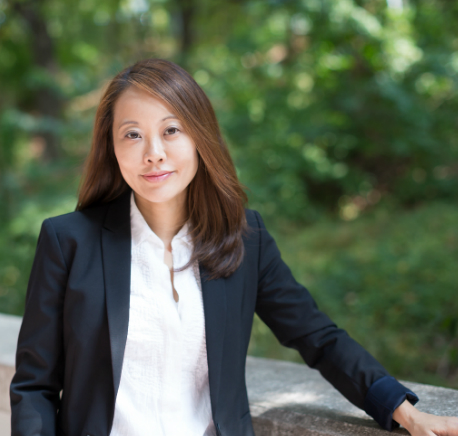 You may have seen our Twitter campaign yesterday, where we asked readers to tweet us their anxieties, fears and questions about writing, so that Korean author Krys Lee could answer them. We caught up with Lee, author of Drifting House and How I Became a North Korean, over lunch today, right after her Masterclass at The Chancery Pavilion, as part of the Times Litfest Bengaluru 2017, presented by ACT Fibernet.

Lee’s Masterclass was on how to start writing a book. People who attended it were particularly happy with how reassured she made them feel. She talked to them about using their voices as writers, giving suggestions on what to do when they felt like they were stuck — with a plot, but no ending, for instance.

We spoke to Lee about her Masterclass, teaching students how to write, and all your writing queries. Edited excerpts from the conversation:

How did you find today’s masterclass?

It was great, it was a good conversational dynamic and a great balance between me and everyone else. I felt like a lot of people were able to question and make connections with the material. There was a lot more interaction, compared to a lot of workshops. It was clearly a group that was very committed, very serious and cared deeply about their work. It’s like the difference between teaching an introduction to fiction class versus an advanced fiction class in university.

Do you find a difference between Korean students and the students you’ve met here?

Korea is still fundamentally a hierarchical culture. The students have been trained their whole lives never to question authority. The excellent students particularly tend to ask fewer questions, because they don’t want to interrupt the group dynamic. They have all sorts of reasons for being inhibited. I mean, they’re lovely, but it leaves very little room for organic growth. They are more focused on absorbing what you say, as opposed to questioning or pushing it further. Philosophy teachers who come to the university are shocked because generally, philosophy classes are all about questioning, they feel like they suddenly have to change the whole format of their classes, because it’s now a lecture, not conversation. Here it was more a real conversation.

What kind of dynamic is easier for you?

I prefer having more interaction. I mean who wants to listen to themselves talk? Once I start talking about fiction, I get excited about it, because it’s about language and a story and characters; it’s about other people. I don’t like talking in a vacuum because you learn so much more when you’re having a conversation. It’s better than just thinking aloud on your own.

How did your journey as a writer begin?

I’ve always loved reading since I was very young. Reading is escape, it’s solitude. I’ve always had a primitive love for words. I didn’t ever think “Oh, I’m going to be a writer”. I just wrote. I don’t have to write all day every day, but I definitely feel something lacking in my life if I don’t. Reading and writing feels like a heightened form of a certain kind of life. You think and feel so intensely when writing, and I miss that when I’m not doing it.

I started with writing poetry. I took it more seriously than fiction when I was young. When the narrative of poetry didn’t work for some of the things I wanted to say, I moved to fiction. But initially, I didn’t dare think I’d be published. People around me would always say that I have something really special here, and then some “serious”, very influential people in the business said the same to me. They said that they’d seen other writers at my stage who had gone on to become serious writers. So it helped to have people believe in me; that’s how I became a writer. I would write either way though. The way of being when you’re writing, I really like that life.

Lee also answered some of our reader’s most pressing Twitter questions.

How do you deal with overwhelming anxiety when starting to write a book?

Anxiety and uncertainty is part of a writer’s life. Pre-publication, post-publication, it doesn’t matter; anxiety is always there. The only thing that helps is breaking down writing goals into micro-goals. Say that you’ll write this scene, this many number of words and build the illusion of doing something concrete, and then do something nice for yourself immediately after. You know, cook, or clean, just do something where you see obvious results. It’s no accident that a lot of writers I know have got into gardening or cooking: it’s because you really need to create an illusion of order. A long book will never seem to get done, but wash dishes and it’s all done in 20 minutes. Make a meal, and you see immediate results. When you write long work or 1000 word short stories, break it down into these chunks.

What do you do if your book becomes irrelevant by the time you finish writing?

Irrelevant how? Do you mean not being topical to readers and critics? Personally, I choose to write my work because I want to write the best book I can write, not because it’s the best time for the book to come out. But everyone has different reasons to write, some people write to pay mortgages.

A poet friend of mine once said that there are two kinds of writers: writers who write for the moment, or write for their body of work to be appreciated 20 years later. I’m the latter. I hope my body of work speaks to each other and to others through time. If you rush the work to meet market demands, it simply won’t be as good. But of course, it’s a judgement call. Thinking you put in energy and work into a book that no one’s going to read, that’s a hard call. I guess it depends on how committed you are to an idea, and how important the book is to you. Either way is fine.

When do you decide to stop self-editing?

I wish someone would tell me! Published authors often work towards a hard deadline that’s given to them by the publishing house, so in that case, it just gets too late at a certain point. Once you reach a certain stage in the publishing process, it costs a lot of money to make changes, and that’s when the edits stop. But if you choose to write without a contract or deadline and are writing at your own pace, when do you stop? I personally restructure, rewrite, re-edit until I can’t see anymore. Then I put it away, and if I can still work with it when I look at it again, I will keep going at it again and again. You think that there’s nothing more to add to a manuscript, but when you don’t look at it for two or three months, you see all the holes all over again, and the editing begins afresh.

How do I find a plot?

Look for triggers around you, and work at writing every day, even if you don’t have a solid plot. Just write about what you see around you. Also, not everyone is a story writer or novelist! The difference between the person who wants to write but doesn’t, and the person who does write, is that the person who writes, writes every day, or at least a few days a week. Even if it feels like it’s going nowhere, it will eventually go somewhere.

What do you do when you have a deadline in a few months and haven’t started your book?

If you have a deadline in a few months, you have to write for your life! A lot of television and drama writers get themselves into this predicament, and then they just lock themselves up for a month of isolation where they just write like mad. It’s a very productive strategy, but very miserable.

How do you find your voice as a writer?

Everyone already has a voice. The voice is a composition of your point of view, and imagery, and the plot. So it’s not about finding your voice, because you already have one. It’s about trusting your voice. Stop doubting and questioning yourself. I tell my students to be confident as a writer, because when you’re confident, you’re less careful about what readers will say. Then you’re more artistic and stop censoring yourself.

One of our readers said that she hates everything she writes six months after she finishes. What do you think?
I hate everything I write, its normal.