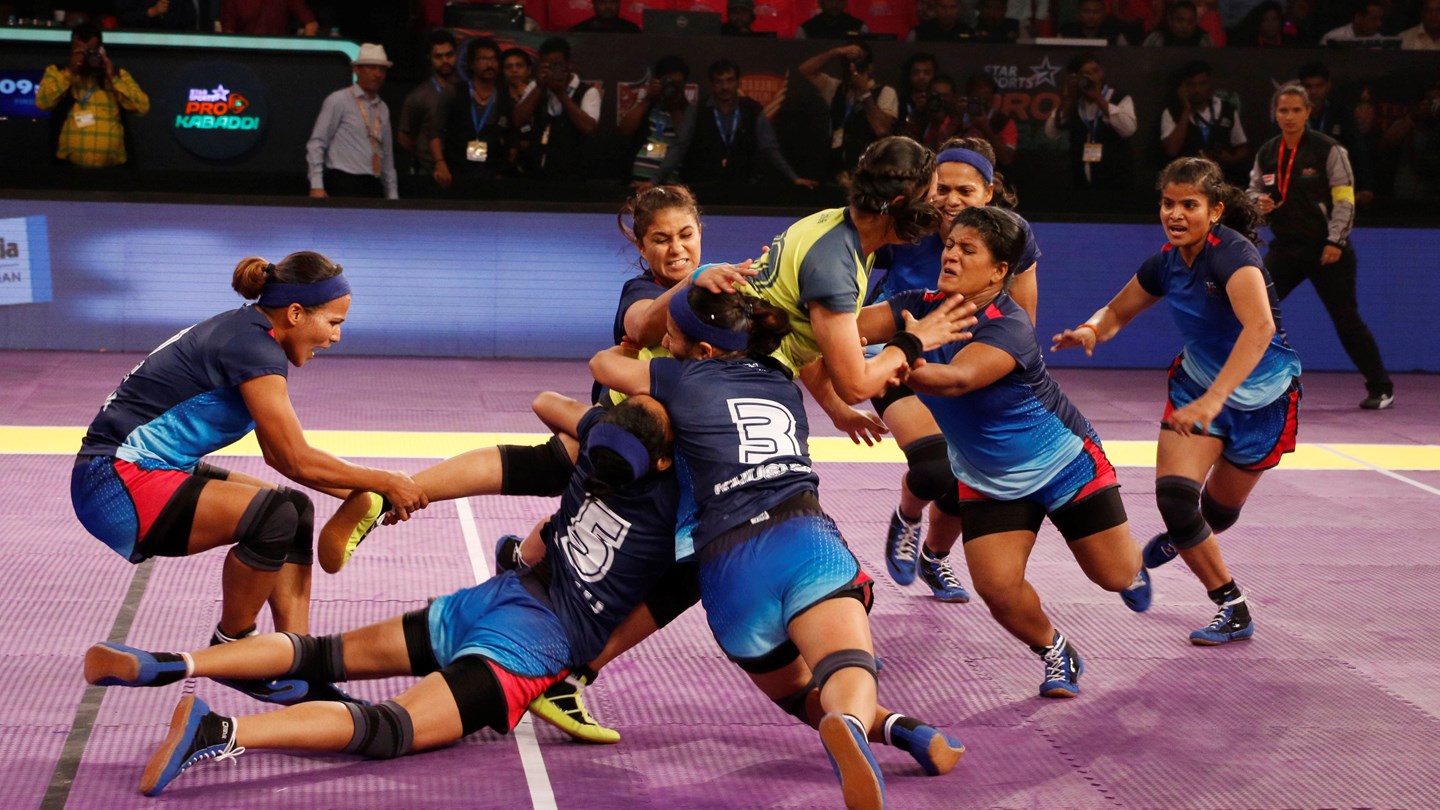 According to the Broadcast Audience Research Council (BARC) data that was shared by Star India, the first two matches of the Women’s Kabaddi Challenge (WKC) alone had a viewership of 38 million people, much more than the estimated 23.8 million people watching the first 45 matches of the UEFA European Championship! Nitin Kukreja, the CEO of sports at Star India called it a “watershed moment,” in the history of women’s sports in India, because the matches got more viewership than any other women’s sport ever achieved. Economic Times reports that before this, the highest rated women’s game was the ICC World T20 semi-final match between New Zealand and West Indies. 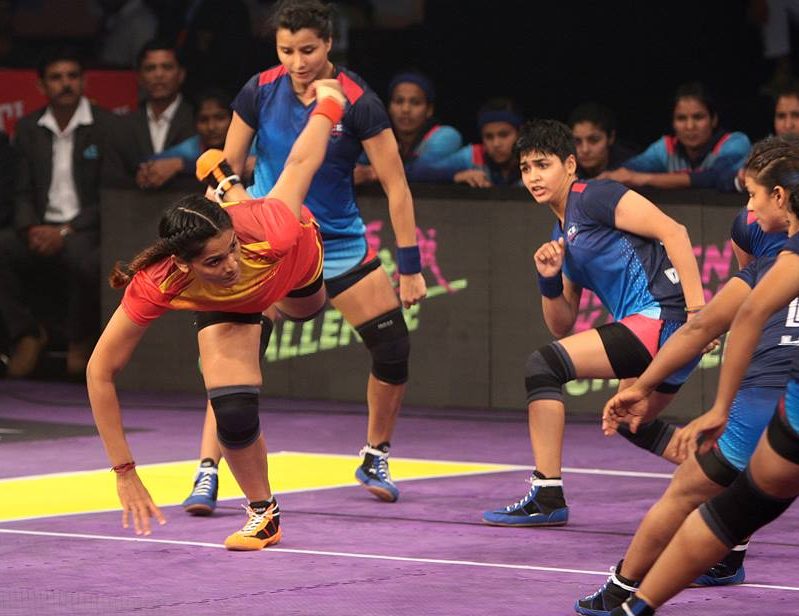 I remember the first time I watched a Pro Kabaddi match on television two years ago with my brother. The match was 40 minutes of burly men with spit dribbling from their lips from constantly whispering “kabaddi-kabaddi”, trying to be exceptionally light on their feet.

The Pro Kabaddi League (PKL) is a professional league of 8 teams based on the format of the Indian Premier League T20 cricket tournament, and is an initiative of Mashal Sports, a company co-founded by Anand Mahindra. Star Sports was made the official broadcaster in May 2014, and acquired a 74 percent stake in Mashal Sports, and now has entire control over the league.

The PKL has been steadily including women in its operations – from roping in Arjuna awardee, Mamatha Poojary, and Tejaswini Bai, who led the national women’s Kabaddi team to victory in the South Asian Games, as commentators in its second season to the fourth season. Now, for the first time, the PKL will launch a mini-league of women players as well, with a total of three teams.  Poojary will be the captain of one of the teams, as will Tejaswini Bai. 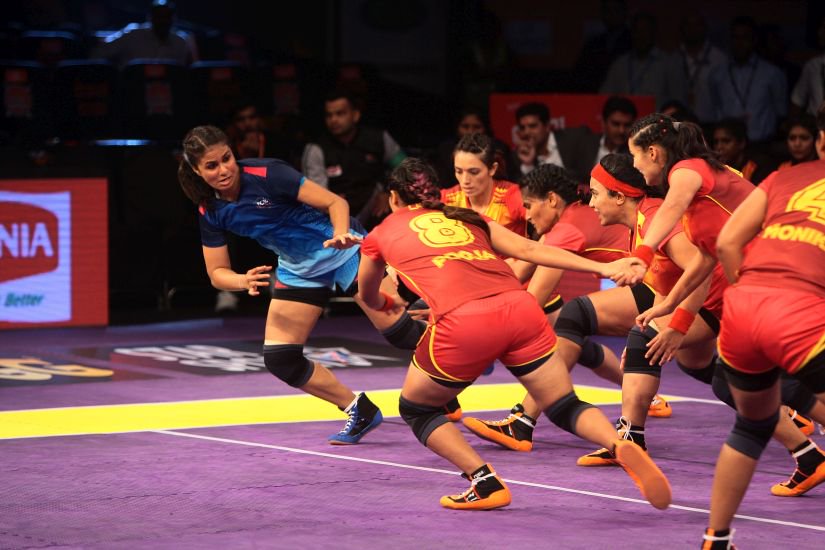 The process began when the Amateur Kabaddi Federation (AKF) organised a selection process of 60 female kabaddi players from different states. Players were then selected to form three teams – Firebirds, Icedivas and Stormqueens.

While we’re delighted to find that women will now participate in a televised contact sport, it’s also good to keep it in context: of the four-day event, only one will be allocated for the women’s matches.

At the South Asian Games in February this year, the Indian women’s kabaddi team sealed an easy victory over the Bangladesh team in the finals. Charu Sharma, managing director of the tournament’s organising group, admits that the plan to organise a full-fledged sporting league for women is still underway. “That plan is a bit in the pipeline as of now, and we haven’t given it a deadline as such. What we’re doing at the moment is a sort of season teaser for the women’s league. It’s more in a preliminary nature.” 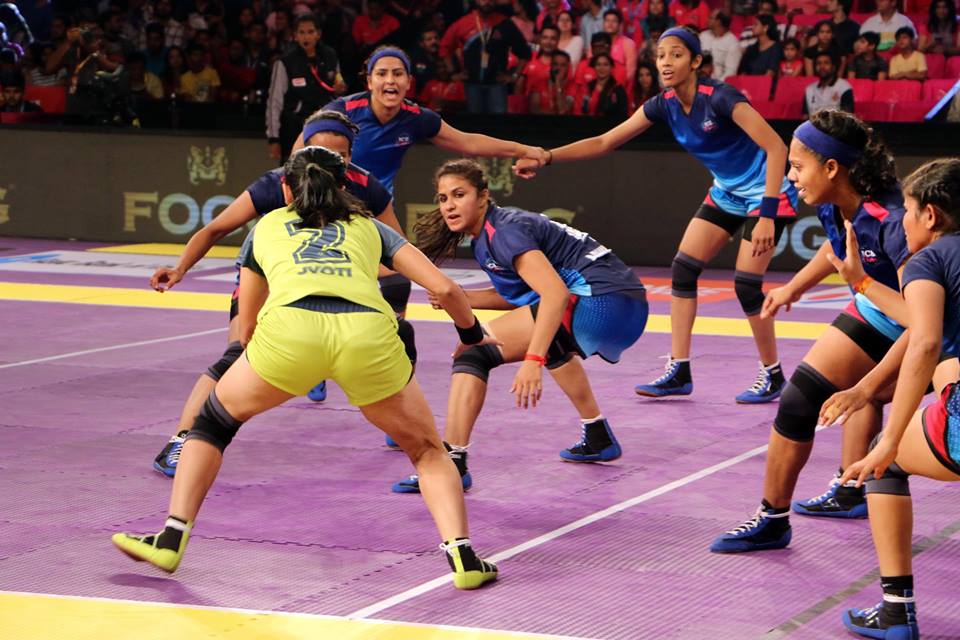 Corporates that invest in male players in such sporting leagues seem to be wary of spending money on women. However, Radha Kapoor, an entrepreneur who owns the Dabang Delhi men’s team in the PKL, seems confident of the women’s matches being palatable to mainstream audiences. “I think it will be great,” she says, “We have a lot of women kabaddi players, they play aggressively, and from what I have seen, it’s very exciting. The idea is to go out there and give them a platform. Our women sportspersons have been doing brilliantly with Saina (Nehwal) and Mary Kom and the squash girls Dipika (Pallikal) and Joshna (Chinappa). So if we can get them coaches, mentor them, even widen the net and attract more youngsters, create awareness, then it can only help.”

We’re excited to be seeing Indian women, who have won the World Cups in 2012 and 2013, and the 2010 Asian Games, playing in the Pro-Kabaddi League.

You can watch the video advertising the Women’s Kabaddi Challenge here:

This Year Has Been an Amazing Rollercoaster of Women’s Sports Achievements. Catch Up!