HomeNewsCow Vigilantism is Another Trump Card Handed to Vi ...
September 17, 2016 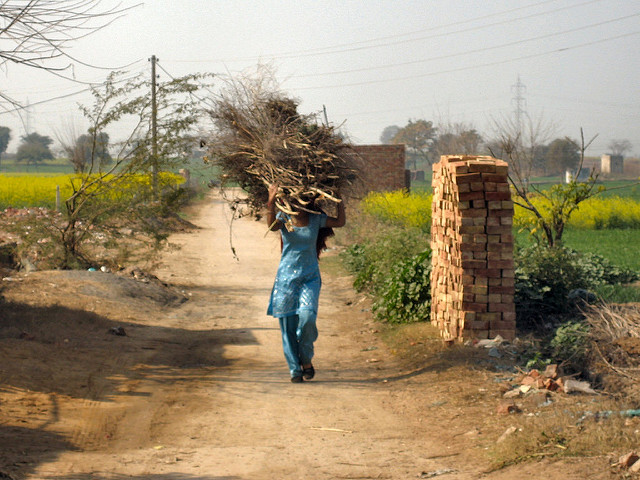 Haryana’s police chief KP Singh has dismissed allegations that cow vigilantism had anything to do with the gang rape and double murder in Mewat on 24th August. Never mind that one of the survivors says that the men who raped her and her sister, murdered her uncle and aunt, asked if they eat beef. She has been quoted as saying, “They asked if we eat beef. We said we don’t, but they insisted we did. Then they said we’re hurting you before so you don’t and that if we tell anyone we’ll be insulted.”

In a sense, Singh is right that cow vigilantism has nothing to do with the rape. It just is another trump card that has been handed to violent men.  It is only an extension of the many incidents of violence against Muslims and Dalits that coastal Karnataka has seen for a decade and the violence the rest of India is beginning to see in a post beef-ban world.

The Mewat case may be the first beef related rape we are hearing of. But it won’t be the last. We’ve known for a long time that rape is about power. What better power can men have over women, particularly poor and marginalised women, than telling them they are suspects in what was first taboo and is now a contraband commodity.

Take Daniel Holtzclaw. An American police officer, he was convicted in late 2015 of sexual assaults against 13 women in a seven-month period, on many counts of rape, sexual battery, forcible oral sodomy, among other charges. Every one of his victims was African American. Holtzclaw ran background checks on women with outstanding drug-related warrants or other drug-related petty criminal records, and systematically targeted them. How was Holtzclaw eventually caught? In 2014, he stopped a 57-year-old woman driving through a poor neighbourhood, falsely accused her of swerving and assaulted her. Unlike his previous victims, she was neither poor nor someone with any criminal history. She filed charges immediately and that was the beginning of the end for Holtzclaw. Holtzclaw’s legal team used a legally mandated version of Holtzclaw’s own strategy — attempting to undermine his victims about their drinking, petty thefts, suspended driver’s licenses and marijuana use. But he was sentenced to a cumulative 263 years in prison.

Holtzclaw was an officer in Oklahoma, an American state in which a huge campaign is currently on to legalise marijuana. Even while the Holtzclaw trial was on, the government made medical marijuana legal. Research shows that while black and white Americans have roughly equal usage of marijuana but black Americans are 3.73 times more likely to be arrested. More than half of all drug arrests in the US have been marijuana-related arrests. But in recent years, several American states have legalised marijuana, leading to a multi-million-dollar industry. And if Oklahoma legalises marijuana, it is likely to see, like other states already have, a boom of middle and upper middle class white people turning it into highly profitable businesses they can run without fear of being dragged out of their homes, losing their family members, being stopped-and-frisked on the streets, being beaten or raped.

The situation is not very different from India, where now that beef is as dangerous as the suspicion of terrorism, even the poorest of farmers in drought-stricken Maharashtra are watching their cows and bullocks slowly die of hunger rather than sell them. Even small butchers selling goat meat or buffalo meat in Haryana had to worry about the goondas who are euphemistically called gau rakshaks this Eid. But we remain the world’s top exporter of buffalo meat.

Across the border from Haryana in Delhi, politicians across party lines have profited either directly or indirectly from meat exports. Sangeet Som, a vociferously anti-beef campaigner of the BJP and Uttar Pradesh MLA has been the director of not one but two meat export companies trading in “halal buffalo, sheep/lamb, goat meat and hides.” Som has denied any knowledge of these activities. He has also told the media earnestly that his fellow director at one of these companies, Moinudeen Qureshi, should not be confused with Moin Qureshi, a wealthy meat exporter who has been in the BJP’s black books for his ‘close links’ with the UPA leadership and Lutyens elite, quite apart from any allegations of crime, of course.

Last month, there was a brief moment of man-bites-dog when news broke that gau rakshaks beat a man to death in Karnataka when they believed he was transporting cows for slaughter — because the victim was a Hindu and the former president of the BJP’s standing committee in Kenjur village in Udupi. But activists have said that this near-satire is an on-going affair. G Vishnu writes in Scroll about several cases in recent months where gau rakshaks have been similarly embarrassed and bewildered. In one instance, “their raid ended with the capture of two cattle transporters — a taluka-level BJP leader and a BJP municipal corporator.” Nothing happened to them. Or the even more Freaky Friday moment Vishnu writes about, “a Muslim vigilante group waylaid a mini-truck that was transporting a calf for slaughter. The four men in the truck were members of the local Bajrang Dal unit.”

Other businesses would envy this environment. Imagine when you can declare all the traditional players in the sector not just illegal, also sub-human. You can have the police, law and public opinion on your side. You can make even the suspicion that you may be profiting from the same taboo sector so unbelievable it’s almost blasphemous. This is how to Make Serious Bucks in India.

Oddly it reminds me of a college classmate in Pune. One night on my way out to dinner I found him running a roadside Chinese food stand with two nimble assistants. “When did you get interested in this business?” I asked him later that week. “Arrey, I am not interested in this particularly. It’s just that my brother got into the police in Thane last month. And since I am related to him I don’t have to pay anyone. Automatic profit.” I don’t know why he needed an MBA.