HomeNewsWhy is Our Media Making a Macabre Spectacle of Mon ...
October 14, 2016

Since Monika Ghurde’s murder on October 6, every media outlet in the country has rushed to ‘cover’ the case. She was a 39-year-old woman, a former photographer who subsequently switched careers to specialise in perfume design. She held olfactory workshops through her company MoLabs, had collaborated with eminent designers like Satya Paul and Christian Louboutin, and was living on her own in Sangolda village, Goa.

Headlines are meant to be concise summaries of the facts of a report, but even by the standards of our sensationalist times, there was a particularly disturbing quality to these headlines’ deployment of phrases with pornographic undertones in this case. And while these attention-grabbing tactics are routine by now, it’s also important to note that some media have begun to pay attention to facts rather than sensation. An article in The Hindu said that her body was found “partially clothed”, an expression that Firstpost, The Quint, Business Standard, One India, The Indian Express, Big News Network and others subsequently used while reporting this case. 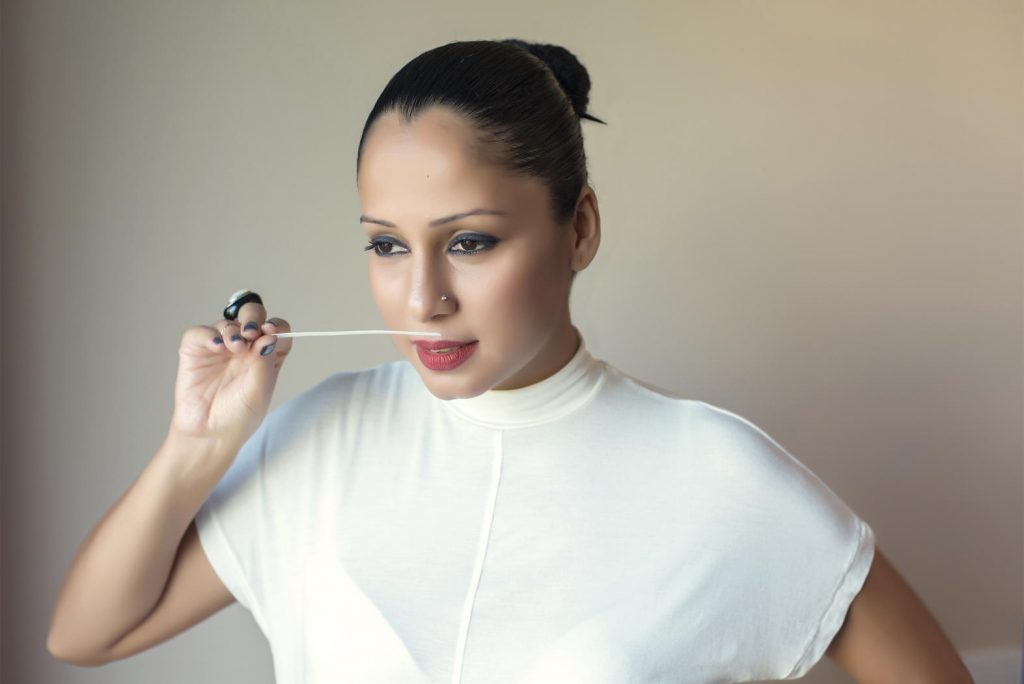 More details about the case emerged after Rajkumar Singh, a former security guard in Ghurde’s building, was arrested in connection with her murder on October 9.

Interrogations are ongoing and on October 11, news reports said he has admitted to having undressed her to film and later blackmail her.

An article by Bikram Vohra in Firstpost made salient points deploring the sleazy depictions of the murder in the press, and highlighted the impact that the media’s disclosure of graphic details (even before an autopsy report) might have on Ghurde’s family and friends. Social media users have expressed similar thoughts that were featured in an article on The Quint about crass media coverage, whole another piece on Scroll by Nupur D’Souza pointed out the free-for-all manner in which anonymous sources were cited for unverified details about Ghurde’s life.

Beyond these factual problems with the media’s reporting, however, there lies the upside down reasoning of patriarchal protection. One example might be from this collection of the public’s outrage, where one indignant man deemed it an issue of protecting Ghurde’s modesty: “Looks like our TRP hungry media has forgot that they are writing about a lady. I am sure, had this been a boy they wud hv never bothered to write abt the state (whether dressed or not).” This is not really true either, of course. Just one example might be how NDTV did sensationalise an incident where an elderly man was murdered earlier this year — “Delhi Journalist Finds Father’s Body in Pool of Blood”. 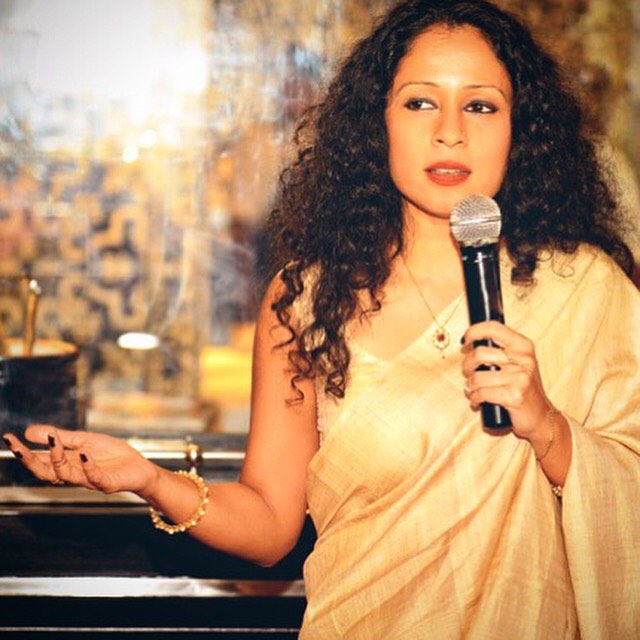 Either way, people seem to be missing the point about why the media should not use salacious, often untrue phrasing to report violence against women. The idea is to desist from such phrasing for the sake of truth and verity, rather than for the sake of prudishness about a ‘lady’s’ modesty.

Crude headlines are not the end of it. On October 11, the media reported Singh’s admission to having raped Ghurde, but the results of forensic enquiries are still pending. News outlets, however, rushed to report suspicions of rape days before any of this.

Additionally, even when the media has tried to engage with the incident in depth, some tributes to her have been ridiculous at worst and irrelevant at best. A One India article with the headline “Scent of a Woman: Murdered perfumer Monika Ghurde was passionate about her art” begins by exoticising her profession as a perfume specialist, and describes “Monika’s love for everything that smells sweet to the senses”. It goes on to conclude, somewhat disingenuously, that “there was nothing ‘aromatic’ about the way her life came to an end.”

One of the most inane and insensitive pieces on this case, one that goes much beyond just a bad headline, has been by the literary novelist Siddharth Dhanvant Shanghvi. In an obituary published in Mumbai Mirror, Shanghvi admits that he wasn’t a friend of Ghurde’s but this doesn’t restrain him from improvising – he freely recreates the scene of the murder at a point when barely anything was known about the circumstances of Ghurde’s death.

On October 8, much before any of the details had emerged from the security guard’s confession (such as evidence pointing to a scuffle where Ghurde was smothered), Shanghvi had already constructed a neat little saccharine dream about her “brave, beautiful fight” that he assumed she put up during the assault. This was apparently based on information he got from a friend about the state of her apartment.

The writer goes on to insinuate that Ghurde was a social climber: he admits that her “social ambitions” scared him, adds an irrelevant detail about witnessing Ghurde “coming into her own” only after her divorce from a “kind, older man”, and does not mention her photography career.

He then goes on to conflate her case with that of Jyoti Singh, the victim of the infamous 2012 Delhi gang-rape: “But here, so far away, I can hear both their screams, the screams of rage and disbelief, the screams of torment, and anguish, and I can hear the brave, beautiful fight both women would have put up.”

Shanghvi’s faux-poetic flights of fancy make apparent the limitations of our engagement with such incidents. Why is there such an urgent need to present an inspirational “she fought back” narrative without any substantial corroboration of fact, to make the victim sound fierce enough and brave enough so that her trajectory and its tragic end look like a tidy graph?

Contrast this to a short obituary published in Vogue that proved to be far more sensitive and chose to talk about Ghurde’s extensive professional achievements rather than mention invasive (and phantom) details about her life and death. The bottom line is that among all the half-truths of hasty headlines and the titillation of absentee facts, very little has stopped our media from turning Ghurde’s death into a macabre spectacle.

2 Responses to “Why is Our Media Making a Macabre Spectacle of Monika Ghurde’s Death?”