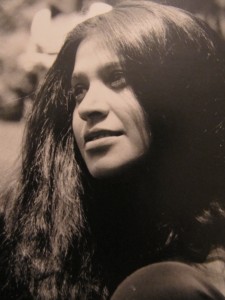 I faked it with my mom-in-law.

I did and man, I’m better off because of it. At this point if you aren’t pregnant or lactating or thinking about the deep philosophical implications of either, you can stop reading. This piece is about some of us who believe that the end of maternity leave signals the end of a work life. It is not. One doesn’t have to choose between being Joan of Arc or Joan Collins. you can get away by being both. Let me tell you how.

Run Motherhood like you’d run a company. The Baby is a client. You are the CEO. Make your mom-in-law your marketing head. And the nanny your brand manager.

I have often seen women going primal on their mother-in-laws in the post-natal period. It’s like, “We’ve fought over your son. Now let’s fight over mine. And I know who will win this one.” BAD BAD MOVE.

All your toothless wonder wants is comfort and food and touch and some human sounds. Management translation: All that your client wants is comfort and deliverables and a human face who can do some goo-goo-ga-ga in between nap times. Your marketing head and brand manager are fully capable of giving him/her that. Would you as a CEO step in every time a client throws a tantrum?

So to be a better working mother, just be a better CEO. Employ your marketing head emotionally. And your brand manager financially. And please don’t use one to spy on the other. Because once the kid realises that the organisation has cracks and the team structure is not really united then like a bad client, the CEO will be summoned for every bath and every burp and every feed.

So fake it a bit in the beginning if you have to. Empower your marketing head. Make her feel you chose her for this top job (over the biological mom). Hear her business plans. Infect her with your vision. Don’t just give her a cold set of do’s and don’ts. For me one of the most difficult yes’s was when my mom-in-law believed that mustard oil is better than virgin pressed olive oil for massages. I let her win this round in the living room and did what I wanted to in the bathroom. It worked. It’s okay. Don’t get envious if your client (the kid) and your marketing head are getting along too famously. Or if your kid can’t sleep without putting her arms around the brand manager. It’s very ok. Try tell yourself that the client appraisal went off very very well and the company has nothing to worry.

Don’t waste your guilt on not being able to have those things with your child that your mother-in-law or your nanny have 9 to 5. The one crucial task of being a CEO who heads the company as opposed to people who work for her is innovative thinking. The CEO who loses sight of that ends up micromanaging the company and leaves everybody who works with her disgruntled. So as the CEO of your motherhood, start doing new things that will benefit your client and keep the team morale high. The team will follow you as opposed to holding their ground (which they will if you’re into micromanaging).

The best part: The euphoria of being able to pull my motherhood off made me invincible in my work space. Both my post-maternity-leave periods were my busiest. In 2002, I won 3 golds, 2 silvers on campaigns for Pepsi, Hero and Horlicks. I did 25 films that year. It’s like as if I tricked JWT into thinking that the baby was good for them. Every seminar or shoot, I was allowed to carry my baby and my nanny . It’s something I had earned and I shamelessly enjoyed every bit of it.

So coming back to where we began this piece — How to get your relationship with your mother-in-law going if you want to be a good, nay, great mother: First, treat her like a feminist. It always helps. Imagine her as a girl standing next to you at Jantar Mantar with a candle. You’re already thinking about her differently after that image, aren’t you? Male bashing is the most wonderful intimacy-maker. Try it. Second, ask for detailed recipes that you might not even try cooking.  That helped in my case because I can’t blow up pictures of her and the baby and frame them, but that is also a sound idea. Sometimes just sharing those pictures on Facebook and showing her all the likes might do the trick. Do small things like this for a month and then your muscle memory will take over.

To sum it up, I don’t really have a marriage anymore. But my mother-in-law and I are still going strong. She still feels mine to keep. So ladies, stop thinking about it so much and pop that baby if you do want to be a mother. Love the baby to death. No problem with that too. But don’t make yourself choose between being a successful working professional and a great mother. Freedom is the absence of choice. Bas Iodex malo aur kaam pe chalo.

Swati Bhattacharya is the national creative director of JWT India.