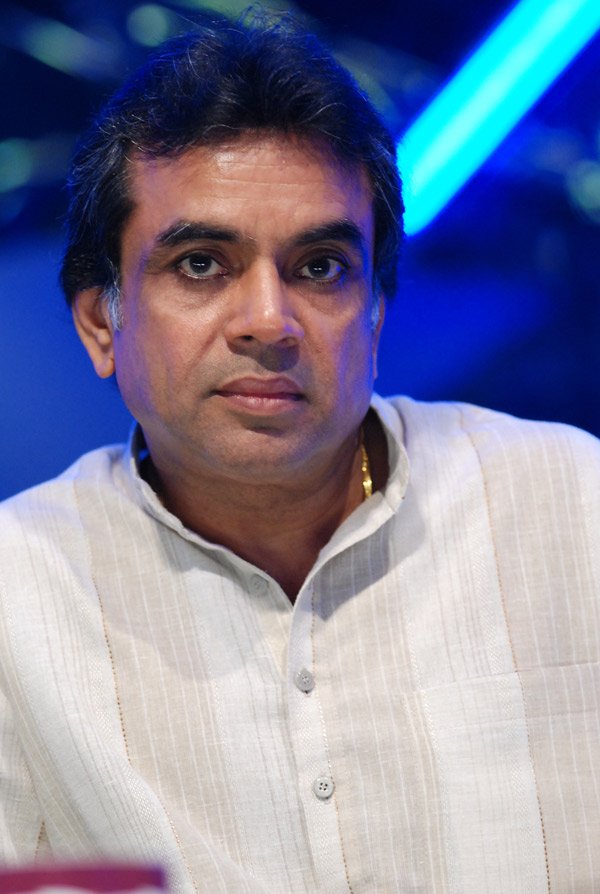 BJP Lok Sabha member and actor Paresh Rawal took to Twitter yesterday to tell everybody about his opinions because it was a Matter of Great Importance.

In a completely random tweet, Rawal announced that he believed that author and activist Arundhati Roy should have been used as a human shield and tied to the army jeep instead of a “stone pelter”.

Why? Nobody knows and nobody cares, because there’s nothing that can justify his statements.

Rawal was referring to the horrible incident in April this year, when Farroq Ahmed Dar was tied to an army jeep by Major Nitin Gogoi during the Srinagar by-elections. He was then paraded around in several towns as a human shield against stone pelters, and Rawal has insisted on calling him a stone pelter as though everything was justified with that.

Instead of tying stone pelter on the army jeep tie Arundhati Roy !

We have a wide variety of choices ! https://t.co/rpciWyhLha

Then Rawal went on to endorse another tweet (that was a response to his), claiming we had a “wide variety of choices” and that journalist Sagarika Ghose should get the same “treatment.” What does it matter to Rawal that he was inciting violence against two women on a public forum? Kuch nahin, why should he care. Anyway, many twitter users told him to please keep quiet and stop inciting lynch mobs and violence.

Perhaps Rawal was watching Republic TV last night, and that’s where his inspiration came from, since mister Arnab Goswami was also holding forth about the “stone pelter” and was shouting about everyone on his manel who condemned this as being anti-national and all that jazz, which we’re all too familiar with by now. Screechy birds of a feather flock together.