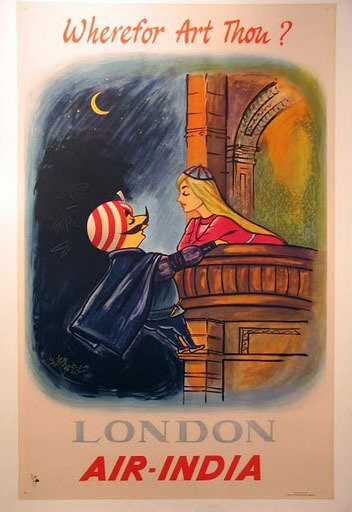 Last week was all about #Brexit. A morning in which I had a bit of an argument with a neighbourette, who’d presented the view that she didn’t want to be ruled by Germans. I pointed out that she was ruled by Germans, given the current monarchy’s ancestry. She retorted with a ‘Don’t be so up your Khyber Pass!’ and flounced off. Evenings in which I got emails and calls from kind friends and family checking up on whether the brown woman in London was going to be okay with #Brexit looming. Many kind offers of sponsorship and immigration advice, especially for Canada. An afternoon in a project war room with the mad scientists who are my brethren and co-conspirators at work, ended with a straw poll on who was #Leave and who was #Remain. We quickly re-aligned ourselves in our new found camps and threw paperclips and rockets at each other.

To distract myself, I decided to go and attend a mandatory passport interview. I was told this is standard procedure for a first adult British passport and I didn’t need to prepare or bring anything. I trotted up to this building, bang in the middle of road works. And was promptly assigned a number and told to wait. I was tannoyed through to counter 44, a very smiley Jamaican lady said ‘Hello Amuda, I’m Mrs S. How are you today?’ We had a lovely chat. More small talk than I’m used to in working hours. She found out I worked in the Docklands, and regaled me with stories of her time working at the electricity board based at the Docklands in the mid 90s. There was no food to buy, Packed lunches was all that was possible. And people refused to go work there due to the lack of shops and transport. The toy train – aka DLR was the only means of getting to the docks. 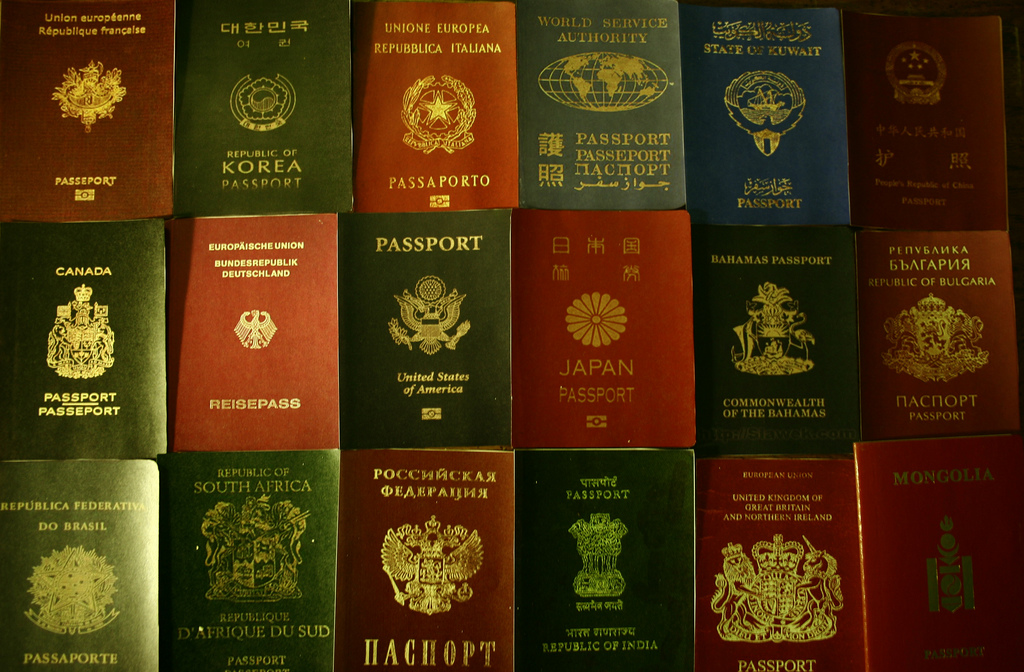 This rather pleasant encounter with a very kind and charming lady left me feeling rather disarmed. It took me back in time to my first adult passport. I remembered being scolded out of bed at 6 am to go stand in line with a voluminous application form that I’d had to work through in hand written capital letters in duplicate.

The Bangalore passport office life experience at age 21. I was glad that my best friend had decided she wanted to come stand in line with me as young female best friend’s job profiles then seemed to be. We had nowhere else to be, so the few hours in a snaking long queue were spent being entertained by touts chatting us up and promising instant passports for Rs 50, people trying to break to the head of the queue with pathos like ‘This is very urgent, my daughter is going into labour if she doesn’t get passport filed in ten minutes, the child will be born Indian!’ I managed to get to the head of the queue. That was just the start of it. 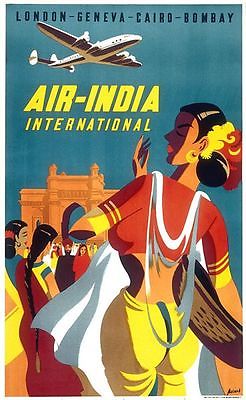 A few weeks later, a man in mufti cycled upto our house. Mufti for this Indian constable was an off duty shirt, not tucked into his khaki pants. We knew immediately who he was of course. Dog took an instant dislike to Constable. Bit him in the ankle, bit him on his hand, barked at him until he rushed out of the gate in a great hurry, locked it and yelled at Dog. Mother rushed out and instead of yelling at Dog, in spite of there being visible signs of it having been a blood bath, yelled at Constable, saying eh what? Coming inside my house and yelling at my dog? Constable rode off in a huff saying ‘Wait, I’ll get back at you all.’

His getting back at us consisted of showing up later in the evening in the hope of appealing to a Sane Man and definitely acquiring a bribe, given the heinous crime perpetrated on him. My father who this applied to – was very polite. He said ‘Dog has had rabies vaccinations, might even have had his distemper vaccinations. But for your own peace of mind, please take this bottle of homeopathic medicines. Take 5 pills after meals, stay away from coffee. You’ll be fine.’ The man rode off again in a huff. I don’t know what became of him, but I was issued a passport precisely 3 weeks later. I’ve a theory that he decided my family were lunatics beyond redemption, and reducing our numbers by emigration was a good thing. 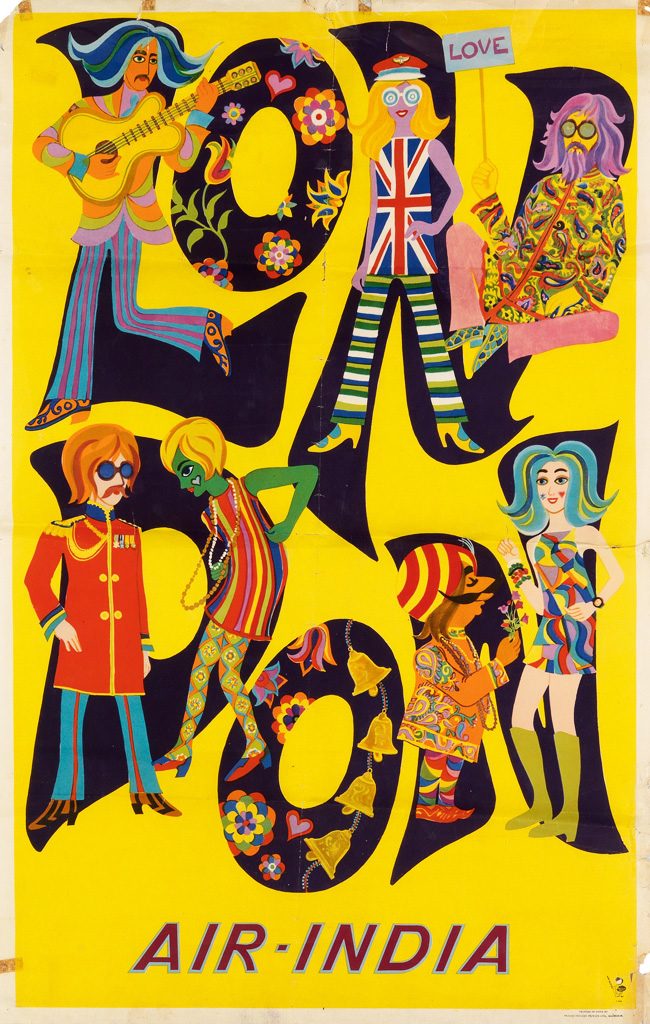 Then my first employer decided to send me to the Netherlands. The other people supposed to go wrestled through having to explain interesting French spellings of their Indian names on passport vs proper Indian appellation with employer to the Dutch embassy, who didn’t quite comprehend why certain parts of India were French for quite a while even after the British left. I gather the Dutch had trouble with that sort of thing in India a few hundred years ago as well. I upwardly delegated to my father the onerous task of getting my ancient birth certificate replaced with a fresh one from the Bangalore city corporation.

The Dutch only looked at documents issued within three months, why my long-suffering employer would want to send a 3 month old to a seriously profitable and top-secret mission in Zeist, Netherlands was beyond my understanding. But hey ho, my long-suffering parent politely got it all done. The Dutch embassy then despatched their private investigators to my home on an existential quest. My mother and I met with them. Dog was tucked away in bedroom with bone and door shut. My mother didn’t let me get in a word sideways. She moaned ‘Why she wants to go to Holland/Germany, I don’t know. I want her to stay here, get married. We have jobs in India, no? She should stay here and serve the country. I want her to stay within a few minutes of us. Why can’t you do something?’ The private investigator took one look at me, and I think he decided I needed to escape and fast.

Within two weeks I was on a domestic flight bound to Mumbai. My better-travelled friend who had been to Europe had given me careful instructions on plane and immigration etiquette. That didn’t stop me from being hauled off a KLM plane to Amsterdam just when I’d boarded in Mumbai. They’d found something in my baggage, would I come and identify it? It in this case was a carefully packed full homeopathic kit with instructions of when to take 5 pills and to avoid coffee. It made me cry. They let me go, having sampled 5 pills each.

As a bearer of the Indian passport I have had some strange experiences. Some of them involve long and probing near-colonoscopies, performed by beefy men about 5 times my size. I managed to get through the gruelling El Al lounge experience unscathed. The Mossad type interrogators had never seen an Indian passport before. They looked at it like it was beautiful, looked at me with wide eyes and asked me I knew Amitabh Bachchan? Parveen Babi? Shashi Kapoor? I replied, Sadly, never met them. The subsequent questions were not questions, but pieces of stories from vague old Hindi films. But I believe I was let off easy and into Israel thanks to the royal blue. All this joy ended this week.

Last year, after a whirlwind trip to India I realised I was confronted with a new sentiment in Heathrow. A sense of being home. India had been wonderful, my mother had updated me on all the gossip and who was doing whom among the extended family. I’d been wined and dined and taken to see all the new malls. I’d spent 13 years in Britain at this point and had permanent resident status for most of those.

I’d been away for two weeks, my right-leaning, cockney neighbours greeted me with effusive and affectionate grunts of ‘You’re back are ya? We missed your face. Really missed your dogs. Are they back yet from dog care?’ The left liberal if high church-inclined Anglican cathedral that had embraced me and ensured I didn’t go far greeted me with another effusive “Aha Amuda. You escaped for two weeks. Kindly fill in your availabilities on volunteering rota for Easter.” I did so knowing fully well the consequences of not obeying were being put on rota to read something topical from the Bible starting with ‘seduce me, oh Lord’ in front of a congregation rolling in the aisles at a somewhat comely, if rapidly ageing brown woman trying very hard to keep a straight face. I had people putting time in my diary as if I had been away for a year. I realised then that I was deluding myself. And the Britishness was not to be put off due to inertia or other sentiments. This was home. I promptly downloaded a passport application form and proceeded to procrastinate at the various stages, groaning at the amount of information ‘the nanny state’ spoon fed you to understand the process.

On the morning of 24 June 2016, I found out Britain was going to leave the EU. I was irate as I’d voted to stay. I came back home from a long and terrible day at work to find a small package. I opened it to find Her Majesty had personally despatched me a European Union passport for the United Kingdom of Great Britain and Northern Ireland. I laughed hard for the first time that day.