“What put it into her silly little head to suddenly fall in love with a man old enough to be her father?” mused Sarojini Naidu’s son Jaisoorya, in a letter to his sister Padmaja. He was referring to a scandal that had shaken Bombay’s high society and political circles in 1916, when Muhammad Ali Jinnah, the 40-year-old leader of the All India Muslim League and eventual founder of Pakistan, fell in love with a rich 16-year-old Parsi woman named Ruttie Petit.

The Jinnahs and their marriage are the subject of Sheela Reddy’s new book, published by Penguin Random House 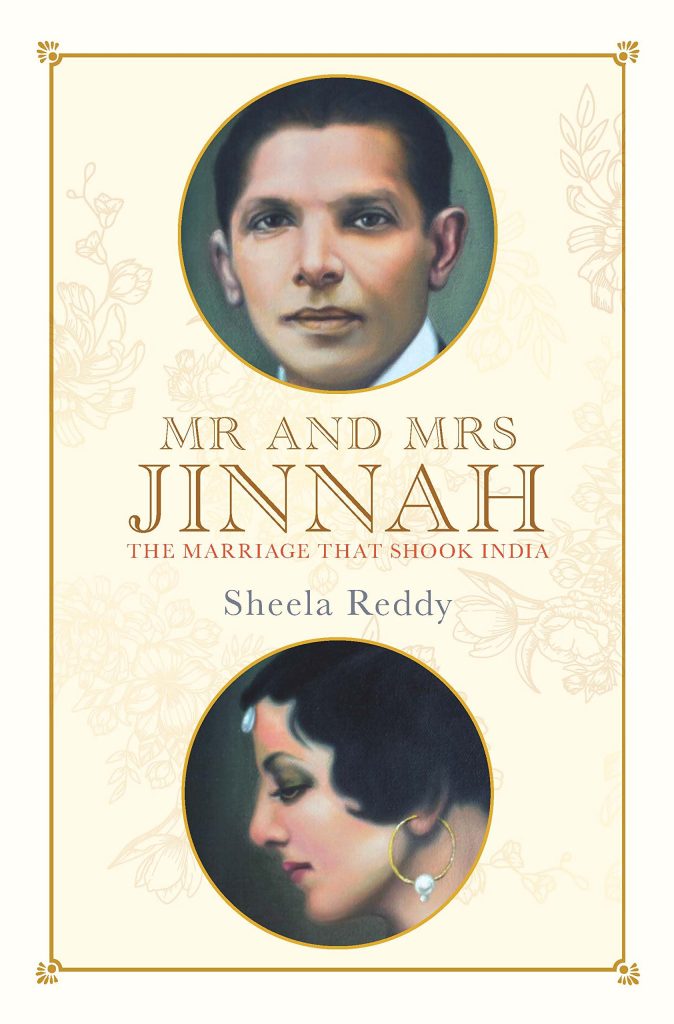 Jaisoorya’s thoughts weren’t half as acerbic as the criticism that came the Jinnahs’ way. The young couple’s marriage in 1918, after much speculation, created a great uproar because of their religious differences: Ruttie’s family was furious, various newspapers implied that she was a gold-digger, and the Parsi community erupted in protests. Despite the fact that Ruttie’s own liberal circles, which included Motilal Nehru’s daughter, did not take particular umbrage to the inter-religious angle, everyone was appalled by the couple’s difference in age. Ruttie was judged incessantly for being spoilt, entitled because of her affluent background, and having ulterior motives in wanting to marry Jinnah. (She was once described as a “complete minx” by a British viceroy’s wife.)

In her compelling new book, Mr and Mrs Jinnah: The Marriage That Shook India, senior journalist Sheela Reddy reveals that much of this animosity and scepticism stemmed from Ruttie’s proclaimed ability to do whatever she wanted with her life, and this fiercely defiant attitude certainly showed. Reddy delves into Ruttie’s life through first-person accounts and her never-before-seen correspondence, unearthing testimonies to her fierce nature. While the book provides a comprehensive history of the Jinnahs, as well as the era of their marriage, its lengthy descriptive passages are spliced with amusing excerpts from Ruttie’s letters. From one-liners addressed to her pen friend Padmaja Naidu, “Have you a very very strong objection to slang? I hope not, for I might shock you”, to her frequent travels around the country, including attending National Congress sessions in Lucknow, and going out dancing to jazz clubs with other men during her marriage, Ruttie was always headstrong about having her way.

She had harboured a keen interest in politics from the time she was 14. After her marriage, she fought hard against being reduced to “a beautiful prop” during Jinnah’s political campaigning. Ensuring she was present at every public rally held by her husband against British autocrats at Shantaram Chawl in Bombay after the First World War, she once delivered a passionate lecture about not conceding to the British. However, a question posed to Jinnah by journalists after that incident – “Could you not have persuaded Mrs Jinnah to stay at home?” – suggests why her involvement in political agitations was sadly limited henceforth.

In Reddy’s telling, Ruttie turns out to have been a far more complex character than most realised. She navigated everything from deep isolation after her family estranged themselves, to the trials of early motherhood and an increasingly distant husband (whom she called ‘J’ in her letters), and juggled it all with fashionable dressing, a wide reading habit and a fierce commitment to the nationalist struggle. Besides being prone to ill health, comas, insomnia, and bilious attacks, she was also given to wild mood swings and depressive stints, which led to exceeding inner turmoil.

But she did not suffer quietly, and her correspondence reveals that she took strong stands in her letters to female friends, articulating her emotions in forceful phrasing: “Life has been such a medley of wild excitement and cold depression… And yet it has been so full – so full because of its hollowness! So empty because of its fullness!… Ay you may almost call it a form of hysteria.”

Perhaps three things disturbed her the most, and her reactions to these were what set her so much apart from other women of her era. She detested being saddled with the twin demands of motherhood and being a wife, which she once exclaimed was tantamount to “slavery”. Another was her sense of alienation, as all the couple’s friends were joining Gandhi’s national boycott of the British and leaving Bombay. Thirsting to leave the city herself and unable to convince Jinnah, Ruttie travelled to England and Monte Carlo without her infant child – once again scandalising gossip-mongers, and even surprising close friends by claiming she now wanted to make it as a film actor playing vampire roles.

Ruttie’s complete indifference to her child, which she didn’t bother to hide, was perhaps what people understood least about her. “I simply cannot understand Ruttie’s attitude — I do not blame her as most people here seem to do, but whenever I remember the little, dazed, scared child, like some mortally hurt animal, I come very near hating Ruttie in spite of my great affection for her,” her closest friend Padmaja wrote about her to her sister Leilamani. Sarojini Naidu herself adopted a far harsher stance, declaring in a letter, “I could beat Ruttie whenever I think of that child.” (Reddy suggests that Sarojini Naidu had been keen on her children befriending a high-society and cultured kid like Ruttie.)

It is glaringly evident that her subversion of a mother’s role was considered unpardonable at the time – despite the fact that Jinnah himself was immensely preoccupied with juggling his legal and political work and had little time for family. “Her daring attempt to unshackle herself from her domestic fetters”, as Reddy phrases it, is what the people around Ruttie failed to comprehend. What resulted was a quick descent into full-fledged hysteria, a self-styling of herself as ‘Mad Little Ruttie’, a brief obsession with clairvoyance, and desolation – followed by the onset of cancer, and death, at just the age of 29. (Her daughter Dina, however, once claimed that Ruttie had killed herself.)

The breadth of Ruttie’s short but incredibly full life, however, cannot be underestimated, which is why Reddy’s painstaking examination of her epistolary friendships is a crucial undertaking. By unearthing details about Ruttie’s idiosyncrasies and making sense of them, this book provides a much-needed window into the life of a misunderstood and fascinating Indian woman.