HomeAsk The BilliDear Billi, My Friend Gets Drunk and Molests Men a ...
September 10, 2016

Want to figure out stuff about work, love, life? Send in your questions to info <at> gmail <dot> com

A dear friend of mine from college who is also my roommate now, enjoys partying hard and drinking harder. She usually blacks out from the excessive drinking and it’s pretty easy to tell when she does coz the following things happen to her a) her eyes roll up, b) she can’t walk straight, c) she tries to kiss random strangers, and if they don’t respond d) she goes straight for the kill (feels em’ up).

For me, the last part amounts to molestation and it breaks my heart to even call myself a feminist (or a friend) because I don’t have even half the guts to call her out for this. That doesn’t mean me and my friends haven’t tried telling her what goes down when she is out. Her reaction is to either tune us out or laugh the whole shindig off.

A small voice inside my head says that she is kinda proud of the antics, she is a feminist too. Once she claimed to another friend, “I do stuff like guys do in parties,” which is a little sick in my opinion. Also, I noticed that most men respond positively to her first move but those that don’t, have to bear the full brunt of the molestation. Irrespective, the unfairness of the situation stings my eyes. If a man approached a woman by grabbing her butt – forget butt – her hand, she will scream murder.

To summarise, I am seething with anger almost always because I hate that my roommate uses herself to manipulate and molest men at night while she carries the feminist baton in the morning. How should I deal with this? I feel like the longer I don’t do something the more I propagate sexual manipulation and abuse in the world. All my feminist books and posters are looking over me with derision.

Baap re, your question is really so many Questions about the F-word (feminist, not falooda though I’d like one right about now)!

Well, as you may know, to be a feminist one has to be a real cat. Real billis are not born, they are made and the making usually begins with raising some questions so let’s get right to yours.

WHOSE POINT OF VIEW SHOULD WE SEE IF WE ARE SEEING LIKE A FEMINIST?

Congratulations for touching on the big one of our feminist times. Certainly there are various feminisms, but there are also some central feminist principles – about the person as political, about the fair use of power, about the unspoken and layered functioning of power among others, which are the seeds from which these feminisms flower in different colours and shapes.

That is why it is not enough to say – oh everyone has their own feminist truth/journey/handbag. It is possible to argue as feminists and disagree and sometimes for one person to be right and the other person, not so much. So, your discomfort is valid and worth discussing.

NEVER MIND WHAT FEMINISTS THINK. HOW DOES A FEMINIST DRINK?

The answer to these questions is a deep feminist truth: whatever.

Feminism and drinking are like two people on the street. The street is called Life. That’s all that connects them. Otherwise there is no connection between them. (Note to Bollywood).

BEING AN UNLIMITED GIRL

Many people work with the patriarchal definition of freedom – you can be free but within limits. So one or two freedoms, bas. Ek packet Whisper ke saath ek night out free types – instead of you deciding which freedoms you want and when and how, which limit you want to endlessly push.

Does having no limits make you a feminist? Yes, but with caveats.

These un-limits really relate to areas like -a sense of possibility of what you can do and who you can be; how many choices you can exercise; how many desires you can have; how much you want to work, earn, love (and eat and pray if that’s your thing). They also relate to how much you question your own conditioning, prejudices and ethic, about how you use your power and how it impacts or disempowers others.

They do also pertain to simpler things – how much drinking or sex is enough for instance? Unlimited drinking and unlimited sex can be a kind of starter-kit of freedom, they can also be a way of pushing and testing boundaries when you are young. Like with many things, it was mostly men who did it before. Now women do too. It’s annoying – primarily because it’s repetitive and noisy and people puke and all.

A lot of the time people grow out of it into more mature boundary busting. Those who don’t are often holding on to very adolescent ideas of freedom as a substitute for serious feminist (or other philosophical) questioning or actual artistic production. Earlier more men did this, now more women might. It’s a pity but why should women have to be perfect, whether they are feminist or not.

All this is to say, some folks grow out of this silly excess. It’s possible your friend might too.

MUST ONE “DO STUFF LIKE GUYS DO” IN ORDER TO BE A FEMINIST?

Well, surely the question is – like which men? Because, as any good feminist knows, all men are not alike any more than all women are alike.

So, if your friend thinks she’s doing stuff like “guys do at parties” then ask the hard question: which guys? The ones who don’t make eye contact? Who make you cry salty martini tears with their mansplaining? The ones who bring you drinks and tell you interesting stories? 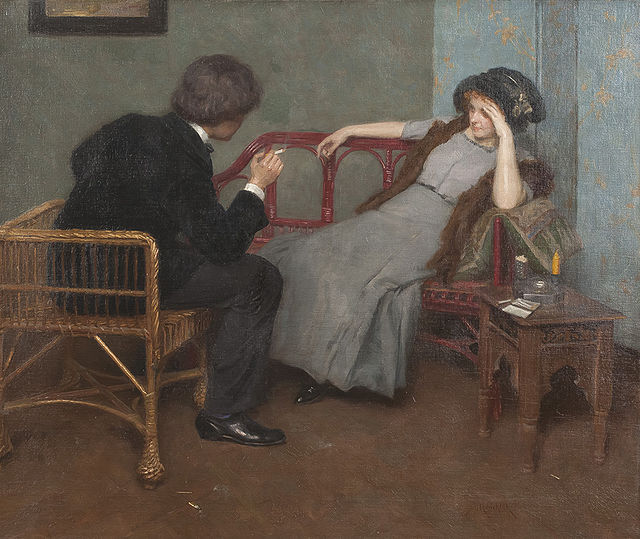 Also why not ask your feminist friend why she is choosing this particular kind of guy as her role model in being feminist, instead of um, ah, a feminist?

HOW DOES A FEMINIST ENGAGE WITH CONSENT AND SEXUAL ASSAULT

The story of your friend’s sexual passes is salutary in so many ways – but so is how you talk about it. Let me quote to you your words:

“Also, I noticed that most men respond positively to her first move but those
that don’t, have to bear the full brunt of the molestation.”

Darling, the world of sex is so delicious and complicated and feminist because it is such a mixture of the spoken and the unspoken. Innuendo is so true to its nature that it can be either friend or foe, depending on so many different things.

So, to me it seems there’s a bit of a sniff and a pursing of lips in your remark when you say “Also I’ve noticed that most men respond positively to her first move.” Even though you will say, nahin nahin, it’s not like that.

Now, if your friend gets falling down drunk at parties and uses that to make aggressive overtures to men and they respond positively – all is good, except for the fact that she may be doing this not because she truly wants to but because she thinks it is cool. Well, she may grow out of that, but at least as far as consent is concerned it’s all cool.

What sometimes gets confused here is: making a pass is not an automatic violation of consent although it may be off-putting and sexist if all you have done till that moment is smile politely and told a person the time. But to say you fancy someone in a social situation directly or indirectly is more or less problem free (caveats always apply). If people respond positively, hey ho and off we go.

Her persistence if they don’t, as you describe it, is without a doubt sexual harassment of these men and also very sexist because it is using the common sense that it is usually men who subject women to sexual harassment due to a long history of patriarchal social norms, and women can’t be sexual harassers then, to get away with bad behavior and laziness in not trying to charm someone, but instead force them, by virtue of being a woman. It is severely uncool.

HOW TO TELL HER THIS WHEN SHE WON’T LISTEN?

Eventually we can take a man to prison but we can’t make him reform the patriarchy no. You can tell her, but will she listen? Maybe you can think about how you tell her then.

I wonder, going by some of the squirmy-shirmy tone of your letter – are you uncomfortable with parts of her behavior because she is a woman and also because it is sex? I am not saying you are moralistic, but so many of us carry a bit of residue on that count you know, that it sometimes comes through in our conversation as being generally judgy about propriety and stuff.

Meaning, if you tell her –what is this yaar, getting drunk and falling all over men – it comes off as censoriousness. But if you can separate her silly and annoying behavior from her unpardonable and non-consensual behavior (as outlined above) and only call her on the latter, maybe, just maybe you might get through to her a bit?

If I were you, I would try it. I mean, don’t just post this question and answer on your FB wall and hope she will ‘get the hint’ and all. Lots of people have done that with lots of men in the past and look at where those men are now, harassment and rape wise. Fight with her about it. Tell her you will stop talking to her or whatever.

But make the distinction clear because that is what separates feminists from uncles.

Otherwise she can just go on behaving like a prize chump and someone will make her the first woman to be tried for sexual harassment and she will go from hopeless case to landmark case and you will be left choosing whether to sing yeh dosti hum nahin bhoolenge or letting her sing dost dost na raha. After all kiddo, zamana badal gaya hai.