HomeCultureWhy the Rukmini Devi Google Doodle Made Me Rage-y
February 29, 2016 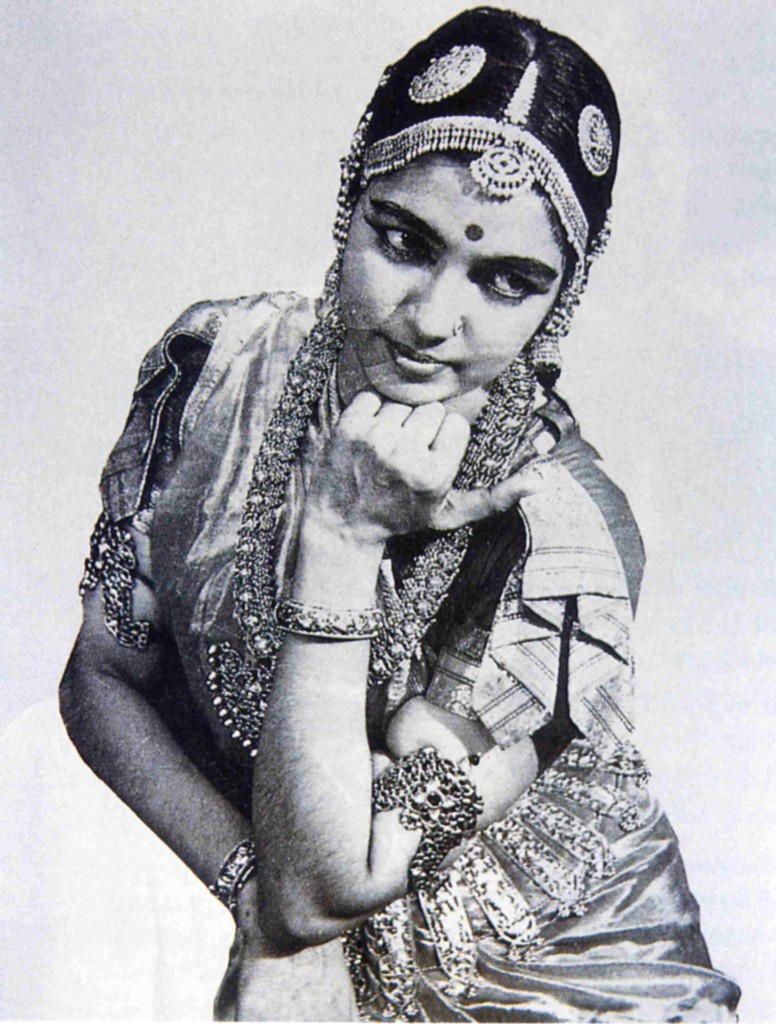 Today’s Google doodle is getting on my nerves. All of last week I’ve been taking deep breaths, thinking, it’s a leap year, it’s going to be dancer and choreographer’s Rukmini Devi’s (1904–1986) birthday, it’s natural and not to be controlled. But now that the day has come, and I opened Chrome first thing in the morning and saw her face, steam is coming out of my ears.

For me, Rukmini Devi is a nationalist icon in the worst possible sense. For me, she’s the one who sanitised and nationalised what is known today as Bharatanatyam – who’s responsible for its utter lack of overt sexuality. She did this by co-opting Sadir – a traditional devadasi dance form – for her own purposes, and converting it into today’s tellingly named ‘Bharat’anatyam. How, you ask? Not being a dancer myself, I’ve never been able to succinctly explain it to people who didn’t know any of the context. But I discovered that parts of this recent essay in The News Minute by dancer and dance historian Dr Swarnamalya Ganesh, explain this more than adequately. Here are some quotes from the essay.

First, how dance became Indian ‘culture’ rather than a livelihood:

“…the twentieth century disassociation of dance from economic employment and making it a noble hobby or passion of women who could afford to have it so, displays the strained relationship between class inequalities, views; political and social, on female participation in organizational revenue model and the impact of these on the construction of “nation-state womanhood”. I wish to quote Smt. Rukmini Devi to further substantiate the above point.

To continue with Dr Ganesh’s essay: a quote from Rukmini Devi that illustrates the ‘purification’ of dance, purging it of … pretty much everything that provides ballast to one’s life:

She says, Kalakshetra was created and I quote, “with the sole purpose of resuscitating in modern India, recognition of the priceless artistic traditions of our country and of imparting to the young the true spirit of Art, devoid of vulgarity and commercialism.”

Well, I say bring on the ‘vulgarity’. We need more of that around here.

She clearly places herself as a crusader (an upper caste and more importantly upper class woman, wife of an influential socialite) who belonged to the new, modern India, which was emerging on a nationalistic agenda. She calls the artistic traditions priceless, acknowledging its worth and richness, however she quickly adds that they are misplaced in the wrong hands (i.e the Devadasis). Thus, implying the need for resuscitating and thereby professing her intent to do so through her modern institution Kalakshetra. The aim is clearly to keep the content alone (sole purpose) intact.

The projection therefore is, because of the moral discourse surrounding the Devadasi and her character, it is her dancing body that made Sadir vulgar. Also by ridding didactic and utilitarian values of the picture, such as livelihood and money (commercialism), Rukmini Devi takes an “art for art’s sake” (true spirit of the art) approach where no one would commercialise dance but simply perform for joy.

And these words from from her essay have convinced me that if Rukmini Devi’s dance form is only for angels plucking harps on a cloud, I bet that they never get calluses on their fingers:

However, that was something only the elite class, such as herself could afford to do.The fact that today many dancers, even graduates from the same above mentioned institution that she founded, are freelance dancers, nattuvanars and dance teachers in schools and colleges, performing in corporate shows for economic sustenance, proves that this elitist model of art production and consumption devoid of commerce, has failed among the middle classes, who choose to learn performing arts and strive to make a living out of it.

And more well-done vaanthi by Dr Ganesh: why ‘true’ may not be ‘true’, and a crash course in ‘how to tell if your life is real’:

Lastly, she subscribed to the larger hood of the “true” spirit of art, constructed only as a spiritual conscience and therefore denounced the realm of capturing the fears and hopes of mankind in a mundane, imagined way through romance, love and other worldly emotions called in dance parlance as Sringara.

Dr Ganesh isn’t alone in holding these views, either. Sreebitha P.V. writes in Round Table India:

And this undecipherable article in The Asian Age is a good sample of the fence-sitting Dr Ganesh is talking about:

When the early 20th century reconstruction of Sadir Nritya as Bharata Natyam required a distancing from a degenerated devadasis tradition, a pioneer like Rukmini Devi said she had “chastened it” to conform to societal standards of her time.

Google says it’s Rukmini Devi’s 112th birthday, but actually it’s her 28th. (Can’t help the fact that leap years are fun.) Hopefully when she hits her thirties, many Indians will sit up and start thinking about why they doze off during Bharatanatyam performances. But I wouldn’t bet on it.