The Women and Child Development Minister of Karnataka, Ms. Jayamala, has instructed her department’s officials to henceforth refer to all sex workers as “damanitra mahila”. This is not an arbitrary change in nomenclature for aesthetic purposes; “Damanitra mahila” is the Kannada term for “oppressed women.”

Yes, yes, we know, giggles. Of course you’d be hard-pressed to find a group of women less “oppressed” than sex workers, given the inherent nature of the work they do, the dangerous conditions in which they’re forced to do it, and more importantly, given the great strides sex workers have been able to make for themselves because of years of collectivisation and mobilisation within the community. A widely circulated, outraged, and urgent response to Jayamala’s statements from sex workers unions across Karnataka, reminds us of exactly this.

The statement reads, “We have come together and collectivised in Karnataka [as] well as other parts of India for over two decades and have articulated our concerns and demands. We have worked to decrease violence against us (from police, goondas, general public as well as intimate partners and family members), as well as countered social intolerance. We have been the backbone of the HIV prevention work in the country. The rights of sex workers as citizens of India have been recognised by the Hon’ble Supreme Court of India, the panel appointed by the Supreme Court and by numerous international commissions.”

Now look, anyone who’s ever dealt with cops or courts will know that yeh sab kaam “oppressed women” ke bas ki baat main nahin hain. The strides sex workers have managed to make over the last twenty years, which this statement just barely touches upon, are by no means an easy feat. Sex workers have made truly remarkable achievements, like collectivising and organising under the uniquely dangerous circumstances they live and work in, thanks to a tangle of Victorian laws, carrying out their work with agency and ingenuity while protecting themselves from goondas, police, and misguided do-gooders. They have also played a crucial role in implementing a roster of remarkable socio-political and legal changes for themselves in the face of shocking persecution, all in just two decades. These are simply not achievements a singularly oppressed group of people could pull off.

And now that these strides have indeed been made, and continue to be made, where do we get off calling these women, of all women, oppressed? As the statement says, “This pushes back [their] struggle for the rights of sex workers by decades; for dignity and rights rather than pity and victimhood.”

So who is this “oppressed” victim that Jayamala is trying to name, really? Is it the woman held up and protected by a community of other working women, who earns her own money, feeds her own family, puts her children through school, negotiates with men about the terms on which she’ll exchange sexual pleasure for money, who works on her own time and terms, and subverts the very way we think of women, sex, and sexual pleasure? What would Jayamala feel, for example, when she reads of the bargaining power, sex worker and author of the 2007 book The Autobiography of a Sex Worker, Nalini Jameela takes for granted as she narrates how she refuses oral sex “in the beginning itself,” and demands that all her customers, including her lover Sunil, pay her fifty rupees upfront as soon as they reach the place they’re meant to have sex? 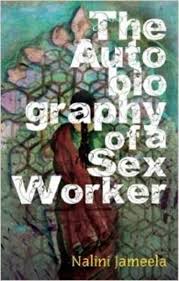 Is she the “oppressed woman?” Or is it the woman who, safely cloistered in her privilege, and limited experience, prudishly decides to call all women who operate outside her particular framework of morality automatically, inherently, homogeneously “oppressed?”

Meena Seshu, the founder of the sex workers collective Sangram in Sangli, Maharashtra, gives us a really interesting and evocative comparison to put things in perspective. She narrates how women engaged in sex work use up the condoms that government bodies and NGOs distribute amongst them at record speed, and then asks ki how many “unoppressed” women in safe, socially-sanctioned marriages can claim to be able to negotiate condom use with their husbands?

Well, the numbers tell an interesting tale, and show you quite starkly how ridiculous Jayamala’s new plan is. The newest available set of NFHS data (2015-2016) reveals that only a measly 5.6 percent of currently married women report using condoms during intercourse with their husbands (in comparison to the 36 percent who reported undergoing the much more dangerous and obviously permanent method of female sterilisation as contraception). On the other hand, a 2013 National Center for Biotechnology Information (NCBI) study titled, “Are female sex workers able to negotiate condom use with male clients? The case of mobile FSWs in four high HIV prevalence states of India”, found that a cool 60 percent of sex workers surveyed reported “the ability to refuse clients for unprotected sex,” while less than one-fifth reported “the ability to successfully convince an unwilling client to use a condom or, to negotiate condom use in a new site.” Now less than one-fifth is still a lot more than 5.6 percent, so you tell me, who’s the oppressed woman having oppressive sex under someone else’s oppressive terms now?

Sex work is not the only industry in which women may work under oppressive conditions, and nor is sex work the main site at which non-consensual or, “oppressive” sex takes place. As Nisha Buloor from Sangama, a Bangalore-based NGO that works with sexual minorities, says, women working in several other industries, like the garment industry, also work under severely oppressive conditions.

In a segment from filmmaker and theatre artist Kirtana Kumar’s 2001 documentary Guhya, on sex work in different parts of the country, an unnamed Malayali sex worker talks of how much more “oppressive” she found her treatment in other professions before she turned to sex work. “When I was working as a house-maid, there used to be young boys in the house,” she recalls, “When the parents were out, the son would take leave and demand that I sleep with him. If I refused, he would force me into the bedroom and do it to me anyway. If I screamed, it would be bad for both of us, so I would remain quiet. In this way I have worked in four-five houses to look after my children. Before I got into prostitution, this is what I did. For me, this [sex work] is a better life. I get paid, I can walk on any street, I can do whatever I want. Otherwise when I was working in a house, I would have to have sex, do all the housework and I never got paid for it.” 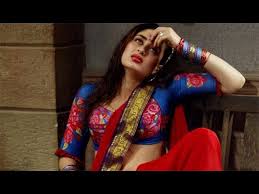 And it isn’t even just a matter of different occupations. As Seshu says, marriage often ends up being a much more oppressive daily practice than sex work. Why isn’t Jayamala attempting to label all women living and working in oppressive conditions oppressed?

Some sense of misplaced and irritating morality, surely. Later in Guhya, Trivandrum-based academic and sex workers’ rights activist, Dr. Jaysree talks of how an inherited, unquestioned morality skews the way we think of sex and sex workers. She says, “What we see as our values or morality has to be questioned. How do women see their sexuality and their bodies, and their attitude towards life and their position in society? Everything has to be redefined. The issue of morality has made a very good tool for the oppressors to oppress the women as well as the lower classes. Even sex workers. We know that there are many women doing the same thing: either they may be selling their bodies, or they may be living as wives. But they are also doing the same thing. But we can see that only that women from lower classes and castes are stigmatised and ostracised.”

Jayamala’s plan reeks of exactly the unquestioned, skewed morality Dr. Jaysree mentions, and also of a severe lack of awareness of the fact that by deploying and perpetuating terms like this, she’s actually contributing to the very forces that create oppressive working conditions for sex workers in the first place. The prudish (and legally unsound) belief that all sex workers have been trafficked and forced to work against their will is what drives NGOs and government bodies to use “raid and rescue” and “rehabilitation” strategies to “save” sex workers. Such strategies have been vocally opposed by sex workers groups and unions nation (and world) wide, and have been repeatedly called out for causing “immediate harm” to the sex worker community (if you don’t immediately see why, check out Meena Seshu’s stellar explanation of just how bizarre these strategies are, and the grave and awful impact they have on sex workers and the community).

Buloor thinks that Jayamala could put her power, time, and energy to much better use. “If she really wants to help sex workers, she should work towards decriminalising sex work, providing education to the children of sex workers, at least listen to sex workers unions and have discussions with us.” And indeed, it feels like Jayamala’s time could have been better spent doing anything, but telling sex workers that they’re all oppressed women now.