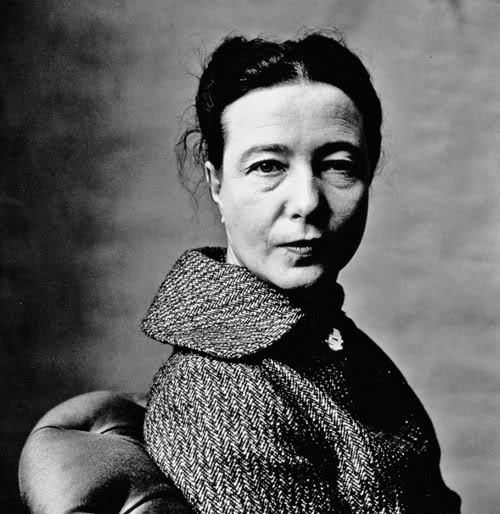 Yesterday was French philosopher and writer Simon de Beauvoir’s 109th birth anniversary. Apart from being known for her 1949 book The Second Sex, Beauvoir’s autobiography All Said and Done had beautiful notes on chance and choice. Beauvoir was born in Paris, to a father who reportedly boasted that she would “think like a man”, and Brain Pickings has a lovely collection of notes on why Beauvoir thought of happiness as a moral obligation, and her break up letter to Nelson Algren, which ends, “let me, as in the past times, let me be in my own heart forever.”

Here’s a lovely video from the first time Beauvoir came on television in 1975, to give an interview that everyone now refers to as Why I am a Feminist. In the interview Beauvoir talks about writing, the roles that women get pushed into–in The Second Sex she argues that one is not born a woman but becomes one–and revolution.