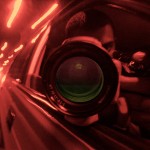 “That hashtag was my colleague”. A year on from the incident that came to be known as the Shakti Mills rape, a colleague of the woman at the center of the storm reminds us of the casual cruelty with which the police and courts treat rape survivors, and the hounding media that violates their rights in its rush for a ringside view.

Women bank staff may be able to pick the location that they’re transferred to, to be closer to their families.

Why are so many women dying of Ebola?

The Shiv Sena thinks that women accusing men of rape is a “fashion” these days, with rape charges being “good weapons to seek personal revenge”. And in the uncomplicated world of Arun Jaitley, there’s such a thing as a “small” incident of rape. 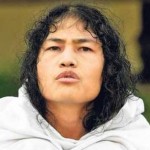 Irom Sharmila, who has been on a hunger strike since 2000 demanding the repeal of the AFSPA, was freed by a Manipur Court which decided that hers was not a case of attempted suicide. In the inane performative cycle that has played out since 2000, the police arrested her once again, just two days after her release.

With our stylish cricket ladies displaying fine form at their test match last week, the ICC Women’s Championship should make for some exciting viewing. England got the better of them during Saturday’s match, but they’ve put up a solid effort so far.

Friends, Romans, countrymen and women! After giving wishy-washy reasons for why women are physically unsuited to flying fighter jets, the IAF may now actually have women in combat roles.

Two biggish stories on women and gaming. A classic case of how women game creators are vilified. And how women are one of the most significant gaming demographics. 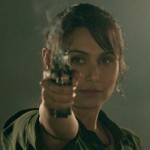 Mardaani. Women and film and gender roles. Why so messed up?

When buying sanitary napkins in a shop, 75 percent of women get them wrapped in newspaper. And other crazy data.

Delhi University will open it’s doors to transgender students from this academic year, but is it really prepared for it?

Hey BCCI, Would You Have Been So Indifferent If the Matches of the Men’s Cricket Team Weren’t Telecast?