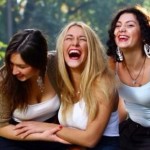 In Turkish Deputy Prime Minister Bulent Arinc’s recent lament about the moral decline in his country, he said women “should know what is decent and what is not decent.” And then threw in, “She should not laugh loudly in front of all the world and should preserve her decency at all times.” Cue internet explosion of laughing women.

A detailed piece of journalism on the Birbhum rape case challenging the widely reported version that a woman was raped on orders of a ‘primitive’ tribal council. And a stark look into the pressures facing Adivasi communities in India and their implications for women.

Why does the sports media ignore women, when they could significantly expand the market for sports? 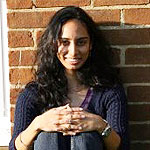 Be sure to catch Rukmini Shrinivasan’s incredible three-part series after six months of investigation into the NCRB’s statistics on reported rape in Delhi, finding that a significant number of these cases were those of eloped lovers and detailing their shocking treatment by police and the media.

The owner of a hip hop website decided to write Nicki Minaj an open letter, telling her to put her bum away for the sake of impressionable young girls (including his own daughter). Here’s a lady laying down why his request is far from cool. 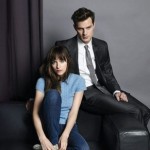 YouTube’s got a new label for videos with sexual content: Hot Romantic.

After the recent spate of rapes reported in Bangalore and the subsequent public outrage, the city faced a bandh, with pro-Kannada organisations protesting against the rise in sexual crimes. Earlier in the week, the state legislature amended Goonda Act – under which people can be arrested without a warrant and held for upto a year without trial – to include sex offenders.

In addition, a panel has been set up to recommend an alternative to the two-finger test in Karnataka. This could have a great or terrible outcome, and we’re betting on the latter.

The Commonwealth Games 2014 just ended, and Indian ladies have come home with a rich, inspiring haul. A look at the athletes who returned with gold medals.