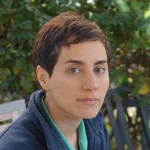 Stanford University Professor Maryam Mirzakhani is the first woman to win a Fields Medal, the ‘Nobel Prize of Math’, since it was instituted in 1936.

In Bangalore, a man and his friends raped a 20-year-old woman he had recently befriended. Elsewhere in the city, a girl chose to reply to a man who passed lewd comments about her, and hauled him off to the police. Says a news report: “Azad [the perp] picked a fight with the girl because she retorted to his comments and insulted his mother.”

A transgender woman raped in police custody and her friend were attacked with sticks and knives, allegedly by police henchmen, after she recorded her statement before the investigating officer in the case.

So just how real is the threat of ‘Love Jihad’? 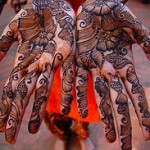 Research shows that in India, marriage significantly alters the likelihood of an urban woman joining or staying in the workforce.

Soon, the government may pass the Factories Amendment Bill, which will make it legal for women to do night shifts. But it hasn’t adequately considered concerns about health and safety, which would make night shifts for women a viable option.

A fascinating peek at the (very surprising) origins of the Mens Rights Movement. 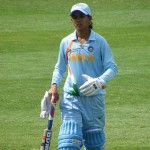 At their first test match in 8 years in England, the Indian cricket team knocked fears of a “one-sided affair” for England, “the most professional outfit in the women’s game,” out of the stadium with a fantastic win.

Mamtha Poojari, who led the Indian kabaddi team to a World Cup win in 2012, is is line for an Arjuna award this year.

Inspired by the blog 100 Dates of Summer, a Delhi girl decided to try a similar experiment. Presenting 50 Dates in Delhi.