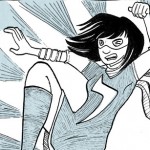 Bitch magazine and The Ladydrawers Comics Collective join hands to produce a series of comics that takes an in-depth look at comics and gender diversity, called Don’t Be A Dick. Meanwhile, Goamakemeasandwich, a women’s gaming blog, talks about How Not To Fail At Writing Inclusive Games and Game Settings in a 3-part post.

What would it be like if Jay Gatsby and Nick Carraway were women? A new YA book by comedian and writer Sara Benincasa explores that alternate universe in her novel Great.

Saudi Arabia has decided to take a step towards the light by lifting the ban on girls playing sports.

Meanwhile in Iraq, where one can legally force a woman into marriage, a new law will enable Iraqi men to marry nine-year-old girls.

A majority parliamentary presence, constitutional support, a drive to tackle gender-based violence – post-genocide Rwanda seems to be making an effort for it’s women. The Daily Beast and The Guardian take a look. 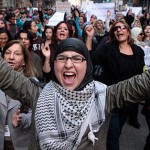 Egyptian women activists say they took a major step forward with their new constitution, which enshrined greater rights for women. But months after its passage, they’re worrying whether those rights will be implemented or turn out to be merely ink on paper.

Meanwhile in India, certain politicians are, well, acting pesky. First, there was BJP Rajya Sabha member Raghunandan Sharma who said: “Girls shouldn’t be allowed to use mobile phones before marriage and women shouldn’t wear jeans.” Then there was SP leader Mulayam Singh, rape apologist extraordinaire. Then came another SP leader, Abu Azmi, who tops this list with his humble opinion that women who have sex with a man with or without consent should be hanged. Stay classy, yougaiz! (PS: Kudos to Azmi’s daughter-in-law Ayesha Takia for slamming her father-in-law’s ignorance on Twitter.)

Based on a true story, here’s a list of shitty things men say to women founders (of any corporation). 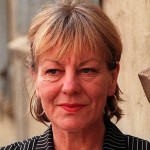 After the outrage, on a sad note, we mourn the passing of Sue Townsend, the ingenious creator of Adrian Mole.

And now for something completely different: A rap about the benefits of a pap smear. An LSU gymnast’s butt-kicking routine. Julia Louis-Dreyfus naked on the cover of Rolling Stone. India’s first known all-girl rock band. And the ladies of rock paying a tribute to Kurt Cobain.