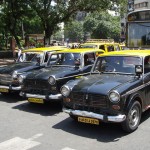 Since Maharashtra’s transport department opened the doors for women to drive Mumbai’s black and yellow taxis, 221 women and three transgenders have sent in their applications.

Mangalyaan was sent off to Mars this week, and one of the most popular images shared was a fantastic one of women scientists in saris (one with a long string of jasmine in her hair) hugging each other in excitement. Here’s a bit more about the women of ISRO.

Did you know men and women experience heart attacks differently, with different symptoms?

The ladies have been putting up quite the struggle so far at the Asian Games. Amidst a spate of largely bronzes so far comes a bit of hope for more: Mary Kom’s in the semis for the women’s fly (48-51kg) category, ya’ll! 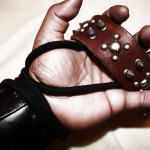 Ever had a good cry in the ladies’ compartment of a Bombay local train?

There have been several reactions to Emma Watson’s UN speech, but here are two key strands that gained traction: the first, that it’s a welcome invitation to men to join the struggle, and second, that centralising men and their well-being is unhelpful in a movement built by women.

So much TV news this week, but we’ll stick to these: catch the new series Transparent, if you haven’t already! And don’t miss How to Get Away With Murder (look out for its cool antihero).