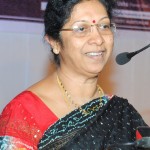 Ooh. Becky Hammon, six-time all-star and recently retired from the WNBA, has been hired as assistant coach for the San Antonio Spurs, making her the NBA’s first female regular season coach.

Female-led companies and hedge funds are, almost across the board, besting their competitors.

Turkish Prime Minister Recep Tayyib Erdogan ranted at a prominent female journalist, calling her a “shameless militant woman disguised under the name of a journalist”, adding, “Know your place.”

Should everyone be watching “Outlander”? 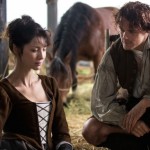 Twenty-two-year-old Yellavva from Yadgir in Karnataka swam for an hour across a swollen River Krishna while nine months pregnant, so she could give birth in a hospital.

Some idiot decided to allude to the December 16, 2012 gang-rape in a fashion shoot. It was terrible. He then tried to explain the logic behind it. Hint: nothing can save this.

The Meerut gang-rape survivor has been discharged from hospital – her condition is reportedly improving. But the incident and its political impact is allowing for ugly, contesting narratives. 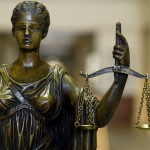 The Cabinet decided to amend the Juvenile Justice Act to allow a juvenile accused of heinous crimes such as rape to be tried as an adult. And in Karnataka, police went on a weekend spree arresting a few hundred men (some news reports peg this in the 400 range, one goes so far as to say 800) in public places for loitering or being ‘vagabonds’, saying it was to prevent harassment of women. It begs the question – is ‘women’s safety’ increasingly being used as an excuse to hijack human rights?

How’s this for equal opportunity: a reader discovered that Cosmo’s lesbian sex tips are as terrible as their tips for heteros.

(Image of Manjula Chellur by Augustus Binu via CC BY-SA 3.0; image of Lady Justice by Scott* via CC BY-NC-SA 2.0)