HomeNewsJust a Quick Reminder to The Week: Women Exist Too
December 22, 2017 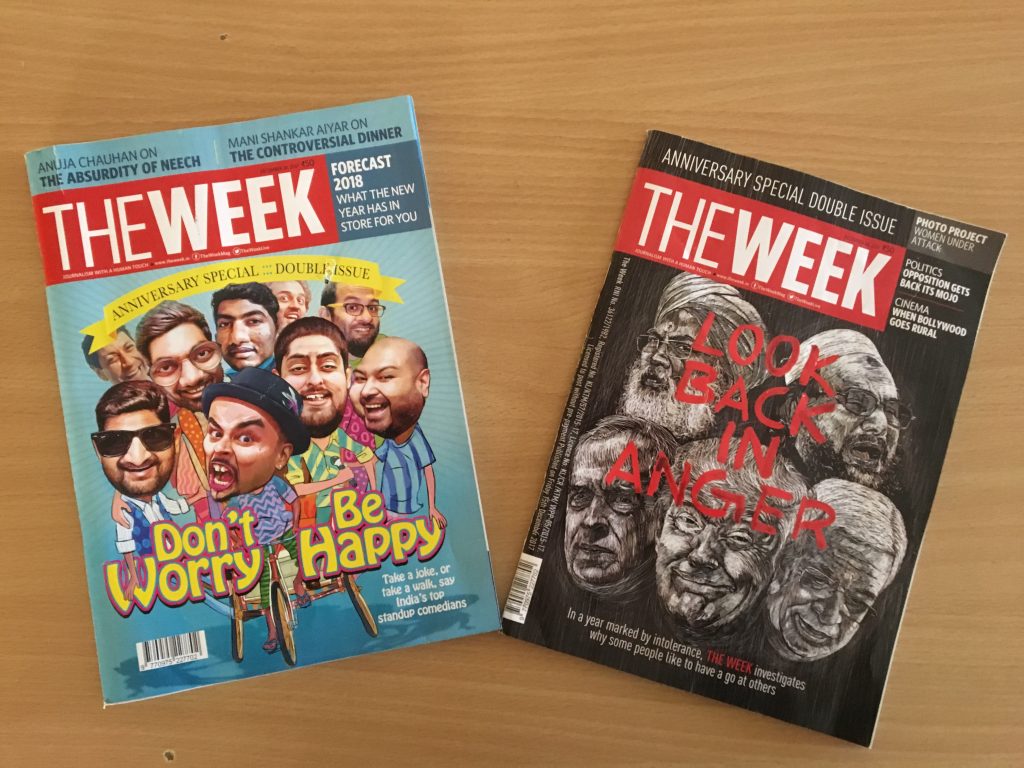 TIME Magazine’s December cover depicted six different women as the ‘Person of the Year’ in direct acknowledgement of the great achievements women made this year. In stark contrast, The Week put out a special anniversary double issue that also marks the end of the year 2017, but seems to forget women were around this year at all.

And it’s a double issue, which means that they had two attempts to get it right!

There isn’t a single woman visibly depicted on either cover, but there’s a sum total of 14 different men. One issue promises an interview with Anuja Chauhan in the corner, and the other a photo project on women under attack. Arre, who needs to see a whole photo essay on women under attack when they’re under attack by your editorial choices right there on the cover?

This kind of exclusion from representation is harmful, because it keeps women out of the public imagination and memory, and just makes it seem like they don’t exist. I mean, how can you not “look back in anger” when you spot these covers?

It’s also funny that no one at The Week cast an eye over these two covers and saw the immediately obvious and glaring lack of representation on the cover. It’s the first thing that leaps out at you when you look at the cover, especially in so special an issue that marks an anniversary and the end of a year. One in which feminism was named word-of-the-year, no less.

A Day Without a Woman: American Women’s March Organisers Plan to Strike Again

I Kept Feeling the Women’s March on Washington Lacked Passion, But Then I Figured the Real Problem