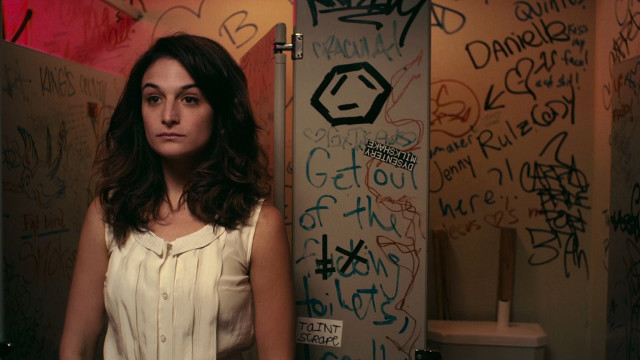 On Sunday, I saw a movie that managed to delve into the uncharted. Obvious Child is already getting a lot of good press and word-of-mouth for being a human, relatable movie that deals with the subject of abortion, but that’s not (completely) what I’m speaking about here. Romantic comedies are a dying breed, a relic of a time when life was simpler and people didn’t seem to care very much when their independent bookstore was driven out of business, as long as they were getting laid. Romcoms are cookie-cuttered to deliver emotions, many of them envy-based (the ring! the man! the usually self-induced barriers to love!). For my part, I’ve long found the formula to be primarily cringe-inducing, with a rare moment of pathos. Damn you, The Holiday. But Obvious Child is… funny. I couldn’t even begin to count the number of times I laughed out loud. And more than anything else, Obvious Child is one of the most realistic movies I’ve ever seen.

First of all, to the obvious: Obvious Child’s timeliness cannot be misstated. Many, on both the left and the right, consider abortion the central struggle for American women’s rights of our times. Despite the fact that abortion has been legal in all 50 states since 1973 (three years before my parents got married, so to my mind, basically forever), the laws state by state are constantly in flux. Some more rural or conservative states have but one clinic that performs the procedure, or attempt to pass laws that would make abortions next-to-impossible to get. Waiting periods, multiple consultations, permission from one’s spouse or parents, or involuntary ultrasounds have all worked their way through the court system, often failing because they were considered too draconian or restrictive. Most recently, the argument has reached a fever pitch with the Supreme Court of the US handing down a verdict that says “corporations with sincerely held religious beliefs” can withhold employees’ access birth control via their health care plan, as some religious people believe that birth control and abortion are part and parcel.

One of the brilliant things about this movie, however, is the way the national debate takes a backseat. Never once does the protagonist Donna wrestle with her decision; never once is she denigrated by those around her as a slut or a baby-killer. As an American watching a movie about another American, clearly the politics in the issue were in both the minds of her and I, but when the aliens dig this movie up in a thousand years and watch this movie, they’re likely to think abortion is on par, controversy-wise, with plastic surgery.

To the rest: Jenny Slate (Parks and Rec’s Mona Lisa Saperstein, a woman who once tries to get out of work by faking a pregnancy) stars as Donna, a young, recently dumped stand-up comedian on the verge of joblessness, the daughter of a puppeteer and a business professor. The movie memorably opens with Donna’s stand-up act at a club: a rumination on the appearance of her underpants during ovulation, like they’d “fallen into a tub of cream cheese and dragged themselves out commando-style.” She hooks up at a bar with a young man named Max, played by Jake Lacy, the adorable but mostly forgettable Pete from the final season of the American The Office. “He’s so Christian, he’s like a Christmas tree. I think he knows Santa”, Donna says to her roommate Nellie. (Protip: if you seach Jake Lacy’s name, Google auto-fills the word “shirtless”. Ladies.) Nellie is played by Gaby Hoffmann (who we last remember from the much underrated Now and Then, which has often been called the female equivalent of Stand by Me).

You know what happens next, except, again, the abortion is not exactly what I’m talking about here. Donna goes alone to her friendly neighborhood Planned Parenthood, and breaks down crying in the exam room when her pregnancy is confirmed. The scene was thick with feeling–that of isolation, sticker shock (in this case, $500), of impersonality, and never before have I seen that sensation played so nakedly on a movie screen before. And there is definitely something to be said by how well Planned Parenthood was portrayed in the movie. But then again, I’m the kind of person who owns a graphic novel biography of birth control activist Margaret Sanger, so feel free to take my opinion with a grain of salt. 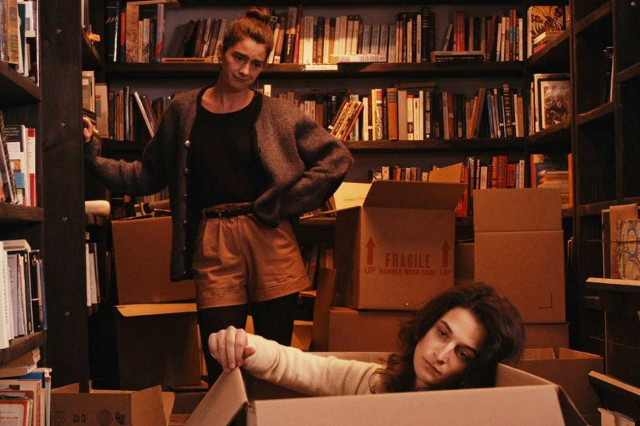 The relationship between Donna and Nellie is the warm little pilot light of this movie. The girls are roommates and best friends, and Nellie’s unwavering support is what gives Donna the courage to go forward. This is the kind of relationship us nattering feminists are always wanting in movies but rarely finding. So often, romantic comedies revolve around the premise of pitting woman against woman (like Bride Wars), or showing the main character as a special princess who nobody could possibly understand, until The Man strolls into the picture (Runaway Bride, (500) Days of Summer, She’s All That… frankly, the offenders are too numerous to mention; suffice to say that this is a theme in almost every single romcom ever made.) But in Obvious Child, Donna is surrounded by a small but unwavering cheering section, of which Nellie is the highlight. Supportive, tit-for-tat, seemingly effortless in the way friendships always feel during the good times. There is no judgement on Nellie’s part–how could there be? She had an abortion in high school. “Does it hurt at all?” Donna asks her, and Nellie assures her it’s not any worse than getting your period. When asked if Nellie had told her mother, she said, “Fuck no. I told her I was at field hockey.”

The trajectory of the movie is pretty predictable. In the end, they’re holding hands, cracking jokes about whether the stale waiting room they’d just left was Planned Parenthood or the DMV. “So because it’s a romcom, of course they fall in love,” I said to my friends the evening after I’d seen the movie.

But my boyfriend interjected, “Did they, though? I saw two people who were taking comfort in each other’s presence, but I don’t know if it was anything more.”

I disagreed with him, and still do (I think), but he has an excellent point. Perhaps the real love, the best love, in this movie isn’t romantic at all. It’s the acceptance Donna finds from her family and friends, the ability to find the medical care she needs in a nation rent down the middle by controversy over the issue. It’s in Max’s trust and in his respect for Donna’s agency, his acknowledgement that she is making the right decision.

(Editor’s Note: Obvious Child released on June 6 and has been playing at cinema halls across the USA. The movie still hasn’t released in India. We suggest you find a way to catch it as soon as.)

Jane Skinner is from Omaha, Nebraska (USA). She likes reading and the internet and reading things on the internet.

Why Are Women Dying of Unsafe Abortions Even Though Abortions Are Legal in India?