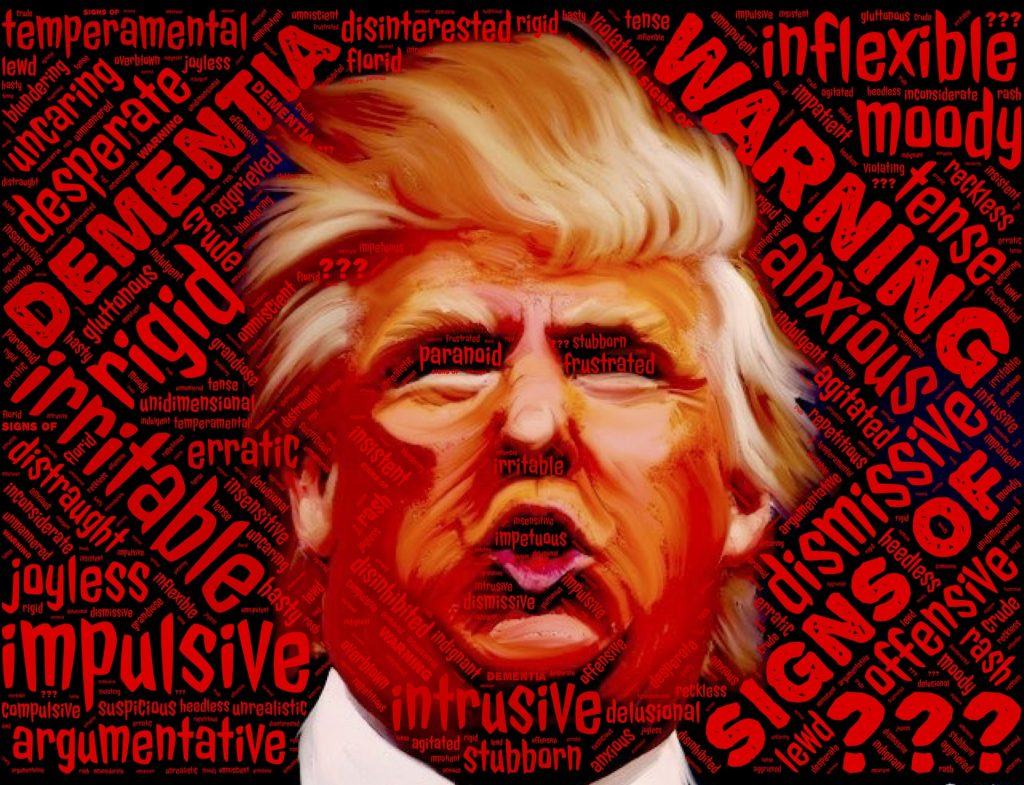 A friend’s deadpan status update last night on Facebook said that he is no longer going to vote for Trump – a well-aimed shot at all the Indians obsessing over the spectacle of the American elections as if it was their own. I squirmed. Did he know that my guilty pleasure for the last couple months has been reading all things Trump? But really, who can possibly resist?

Americans have arranged their elections in a neat little two party system, perfect for the binge-watching foreign dilettante who has no stakes in it (except for geo-political significance, of course. Never forget the geo-political significance). The last two rounds had Obama so I really didn’t need any counterfoil for interest.  But there was the extra-Christian Mitt Romney with the matched set of five sons, Paul Ryan who was suddenly the Republican nerd with muscles, Sarah Palin’s amazing, portentous, gun-toting word salads, John McCain’s careful statesman-like behaviour. All good stuff. It was Game of Thrones without the murders and rapes.

Even this time round, a slew of Republican candidates, the wildly popular independent Bernie Sanders (who is still terrorising Paul Ryan with the possibility of becoming chair of the Senate budget committee) and Hillary Clinton would have satisfied me. Then Trump arrived. And then I couldn’t stop watching. Had American television fixed this match for feminists everywhere? In the blue corner, a woman running for US president for the first time – the extremely hard-working, accomplished Clinton trying not to make eye contact with the Banquo of her Good Wife past and trying to smile as if glad-handing came naturally. In the red corner, a (perhaps) billionaire with an obsession with the appearances of women, a complete disregard for the thin veil that Republicans traditionally like to deploy in front of racism and misogyny, and an even greater disinterest in charming anyone. He has lived his 70 years assuming that the world is his oyster to slurp up. And suddenly he was the Republican front-runner as if it was meant to be all along.

I was substantially distracted from this main contest by the story of the extremely powerful Roger Ailes, Republican kingmaker, founder of Fox News and long-term advisor of Trump. In July 2016, he had to resign from Fox News in the face of news that he had been sexually harassing and exploiting women for decades. Young journalist Gabriel Sherman’s brave and important work in exposing Ailes while still telling the story of the survivors with compassion and complexity filled my lungs with inspiration. An inspiration only possible because Ailes was being shamed for the first time, giving all us observers a thin outline of a happy ending.

But the Ailes scandal was eclipsed by the ripe possibility of Trump winning. What, you assumed your crazy, evil uncle who has bad-mouthed everyone in the world and never helped anyone wouldn’t inherit the family fortune? Oops, no. This is apparently a dose of ‘realism’ in this feminist fairy tale. Forget working hard and being ready for work, ladies. Some big-talking creep, who stiffs contractors and workers, who once tried to snatch an old woman’s house to make a limo parking lot, can get what you’ve been working for. One who wants to ban Muslims from entering the US and calls Mexicans rapists and killers.

But it is when the presidential debates began that my feeling that this is some highly scripted prestige television for feminists solidified. Not because Clinton is the candidate that feminists necessarily back even in the US. As others have observed, the first debate when Trump subjected the first female presidential candidate from a major party to condescension, belittling and 51 (51!) interruptions, traumatised many American voters with how familiar it was. And that was the debate which ended with Clinton pulling Alicia Machado out of her well-prepped hat. The anecdote of Trump systematically shaming and humiliating a 19-year-old beauty pageant winner shifted the story for many voters.

Perhaps Trump and others with similarly insane views on childcare, sexual harassment at the workplace, wage-gap and abortions, didn’t notice that the single American woman is a powerful new demographic. One that political commentator Rebecca Traister has argued in her new book All The Single Ladies is the most important category of citizen this year. The fact that Trump has doubled down with racist remarks on Machado might be a distant memory for even addicts like me. Because since then there has been a flood of sexual assault allegations against Trump. He may even have to stand trial for the assault of a 13-year-old who says Trump raped her at the house of infamous paedophile Jeffrey Epstein. But his prospects have most likely been killed by his own admissions on the now infamous Access Hollywood tape (“You can do anything. Grab them by the p—y. You can do anything,” and so on. ). But it’s not just Access Hollywood. The man, like many other powerful abusers, has been talking about it in plain sight for decades. In his case it has rarely been a he said/she said, it has continuously been a he said, he said, he said, including things he said to or about 10-year-old girls. And if he hadn’t done anything else to creep women out, it was the insane optics (as Olivia Pope would say) of his stalking Clinton around stage during the second debate after his performance unravelled.

The American elections aren’t over and certainly Trump has supporters including a small group of women supporters who have said that they will vote for him for sure. Not to mention some NRIs who want to contribute their little all towards geopolitical significance.

But it’s hard not to take joy out of the last debate where Trump finally mumbled “Nasty Woman” apropos of nothing to Clinton. What a perfect recap for what may be the downfall of Trump and the Republican Party. Who would have guessed that nasty women with nasty, refusing-to-be-grabbed vaginas would bring Trump down? That combined with Trump’s other mot juste from the debate — Bad Hombre — is the perfect response to the racism and misogyny so commonly assumed to be the necessary ‘realism’ of ‘realpolitik’.

Nasty Woman has in 48 hours launched a thousand ships of memes, t-shirts, slogans. It has been embraced, loved and kissed. As Rebecca Solnit (political writer and most famously the woman credited with the concept behind the term ‘mansplaining’) wrote in an ecstatic Facebook post, “Nasty Woman met Bad Hombre at the intersection. We have so much in common, they said, staring deeply into each other’s eyes. Let’s make America things it never was before, like mestizo queer-friendly feminist nonviolent and generally safe for everyone, and they walked off into the sunset arm in arm, trampling white supremacist patriarchy with every step of their mariachi boots and moccasins. Underfoot, white supremacist patriarchy sounded like slightly stale potato chips. The end.”