HomeVaanthiWanted: A Jiah Khan Obituary That Does Not Begin W ... 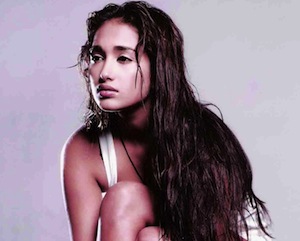 Why does every Jiah Khan obituary act like Amitabh Bachchan was the best (or only) thing that happened to her? Here is a prime example: NDTV coos (in their opening lines, mind you):

When Jiah Khan made her Bollywood debut, aged 18, the stars seemed her destiny. Her first co-star was no less a person than Amitabh Bachchan, in the controversial Nishabd, directed by Ram Gopal Varma.

Even The Guardian clocks an Amitabh mention in the first two lines. Clearly, her worth exists in concentric circles from famous men she might have bumped into. Men who apparently go by the gloriously retro prefix “no less a person than…”. She was 25 when she allegedly killed herself.

For an excellent piece on Khan’s death read Deepanjana Pal in Firstpost.

UPDATE: Just when you thought the Jiah Khan headlines couldn’t get any worse, this deeply sexual one appears in The Indian Express: