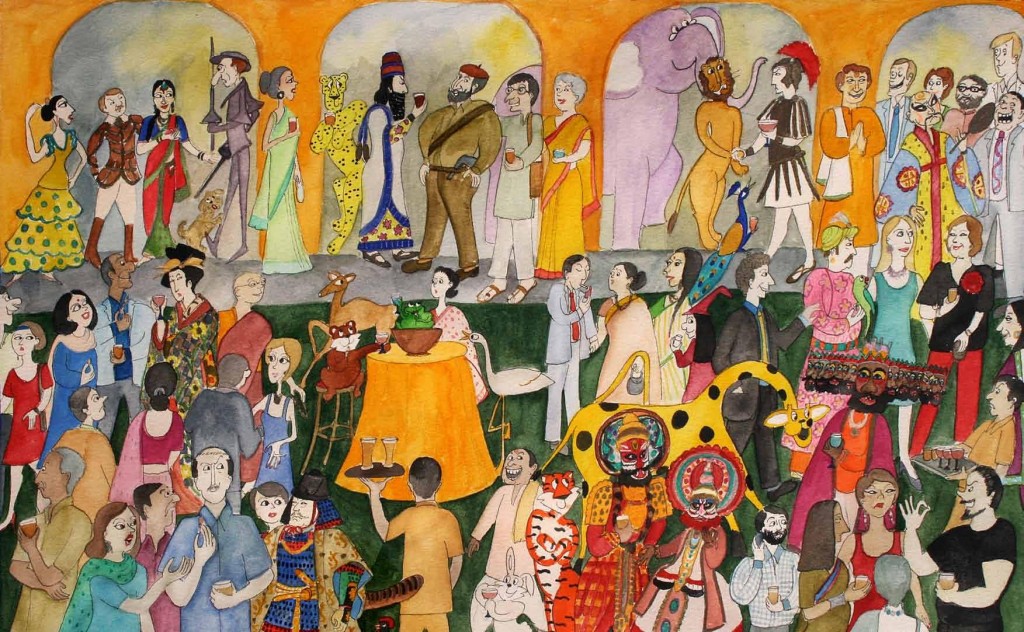 The IAWRT Asian Women’s Film Festival will be held from Delhi from 5-8 March 2014 at the India International Centre. This super-cool festival organized by women filmmakers showcasing work by women filmmakers is celebrating its tenth anniversary this year.

The IAWRT (International Association of Women in Radio and Television) India was founded by the late Jai Chandiram who was one of the first Indian women to work in television. (Jai Chandiram started out in Doordarshan when she was 24 years old. The year was 1961, a mere two years after the Television Division of AIR was born. She was hired (temporarily) to set up broadcasts for school children. She retired after a storied career as Deputy Director General of Doordarshan. Read more about her in this elegy by Sevanti Ninan.)

At the tenth outing of the festival, over 60 films and sound works from 15 countries including Afghanistan, Bangladesh, Hong Kong, India, Iran, Israel, Lebanon, Myanmar, Pakistan, Russia, South Korea, Sri Lanka, Taiwan, Turkey and UK will be screened. The films have a wide range of themes from love, intimacy, self-expression and playfulness to questions about identity, conflict, migration, work and inequality. 26 filmmakers and sound artists will be attending the festival to lead post-screening discussions. This year the festival travels to campuses and institutions across Delhi in addition to the screenings at the India International Centre. These screenings begin on March 1.

This year, the countries in focus at the festival will be Taiwan and Sri Lanka. A panel discussion we are looking forward to is the Sri Lanka panel (Through The Looking Glass,), which will concentrate on post-conflict Sri Lanka and its dilemmas — from the psychological scars of an ethnic strife, questions of where women fit in in this post-conflict society all the way to the rise of right-wing Buddhist nationalism.

Filmmaker and IAWRT board member filmmaker Paromita Vohra says, “There is a lot of experimental and short fiction this year. That will be great fun. I am looking forward to Rajula Shah’s short fiction Aisa Nahin Hua Tha Tahira. She is a fantastic filmmaker. Most people will know her work through the exquisite documentary Shabad Nirantar (Word Within The Word) on the living tradition of Kabir. The other film that everyone must catch is And the Unclaimed, a film on lesbian suicide in Nandigram — this film by Debalina was well received at MIFF this year. Then there is Batul Moradi’s Carpet Weavers, an observational film of life’s gentle rhythms proceeding as a carpet gets woven and the transcendent beauty of it all.” She laughs, “Although, one that tickles my fancy the most is Ho Chouti-Ti’s My Fancy High Heels — a film about how high heels are manufactured and the iniquities involved in the process.”