You’re fairly new to the city. Perhaps you still get lost; perhaps you’ve made new friends but are still slightly awkward around others. But you’ve got a few more years to spend here, so you tell yourself you’ll give it some time. Having spent a few months in Bangalore, I was keen to see ‘What’s up with Bangalore women?’ a play at the Alliance Francaise. I expected to be told something new; I hoped to hear of other experiences much like my own. Stories of young women just as confused, or maybe just as comfortable as I was in this new place. 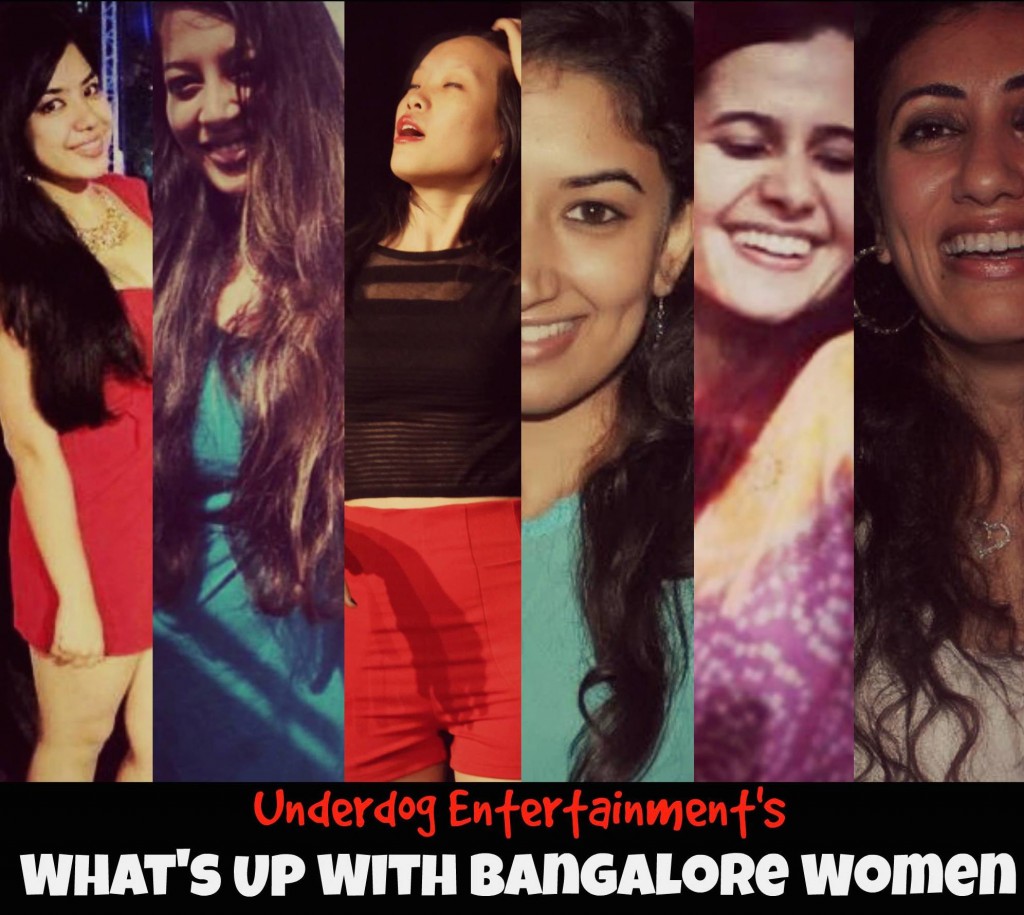 I spent an hour-and-a-half watching the play by Underdog Entertainment, written and directed by Chaitanya Varad. I stared open-mouthed as the protagonist Venky (wearing a black t-shirt that said ‘lonely’) went out with six girls hoping to fall in love, though more obviously, he just seemed to want some action. I cringed after every date when he whined, “Just give me Preethi [his ex-girlfriend who smartly saved herself], macha”, before he quickly added, “Since you’re forcing me to look at other chicks, I will.” The play was supposed to be funny. The young people who kept walking out of the hall obviously didn’t think so.

For a play with a title that’s about women, it only makes sense to expect to hear their stories being told. That’s an expectation that turned out to be too high – the story was about Venky (Chaitanya Varad), and he wasn’t a particularly interesting character either. He first meets Lavelle Road Lavanya (Dhundu B), and describes her as “high maintenance”. With a rich father, she’s portrayed as pretentious, constantly giggling and pouting for her numerous selfies. She’s a “social worker”, she says – she uploads pictures of herself on Facebook, Twitter and Instagram all day. The other women are very similar: Indiranagar Isha (Sneha Nagaraj), for instance, has constant mood swings, and Malleshwaram Mahalakshmi (Nidhi SK) talks in Kannada and asks for a bonda and filter coffee at an expensive lounge. The stereotypes are just too much to handle. Richmond Town Rebecca (Aishwarya Iyengar) is newly single and looking for love, promising to make Venky a new person that night. She reads him parts of the Bible instead of giving him the action he expects. Kamanahalli Kutie (Dimpy Asif) is a model from Iran who doesn’t know English. Venky pretends he doesn’t know the meaning of the word ‘model’, and makes her catwalk for him. Like someone behind me said, “Er. What?”

I couldn’t tell if the playwright was being ironic or earnest in his ethnographic study, and that’s not very reassuring. I just found myself wondering what would have happened if the same story was told by the women?

Later, I saw in the Bangalore Mirror a disclaimer to the play that read, “If you’re a hard-core feminist, do not watch Team Underdog’s new play!” There’s a ‘feminist’ in the play, Feminist Divya (played by Chinmayee Chandra, and a character like no feminist I’ve ever seen), the last girl Venky meets. She has a problem when a waiter takes her order, gets offended by everything said to her, but runs away when Venky asks her to go dutch on the bill. You don’t need to be a feminist to get annoyed with the play; you just need to be half-awake.

‘How to pick up women – Bangalore edition’, a video that’s currently doing the rounds, is better – it’s ridiculous, knows it’s ridiculous, and is slightly funny. (It should have been called “How to pick up women on Church Street”.) It satisfies the desire for neighbourhood or city-based navel-gazing and type-casting, the desire that probably drove the staging of this play, a desire so easily satisfied by those Buzzfeed quizzes that determine where you should live.

Ila Ananya is an intern at The Ladies Finger and a student at St. Joseph’s College of Arts & Sciences, Bangalore.