Did you know August was Women in Translation Month? In 2014, Meytal Radzinski, a young science scholar, translator and blogger, decided to start Women in Translation Month to encourage people to seek out translated texts by women, which are often overlooked for translation into English. And since we barely need an excuse to talk about women writers and women’s writing, we thought we’d look at back at books by Indian women translated into English in the last year. From memoirs to fiction to poetry, here are some works to get your hands on.

I, The Salt Doll: A Memoir by Vandana Mishra
Translated by Jerry Pinto 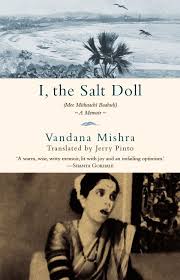 This Marathi memoir (Mee Mithachi Bahuli) by actor Vandana Mishra, born Sushila Lotlikar in 1927, offers a fascinating glimpse of life as a Mumbaikar, as a woman, and as a theatre actor from an era in which having women on stage was only just beginning to be accepted. Mishra went on to be a very successful actor in Marathi, Gujarati and Marwadi theatre until her marriage in her early 20s to a fellow actor, and made a comeback 20 years later.

Salt Doll is as memorable for its details of life in an older Mumbai as it is for the moments in which Mishra talks about her personal life, such as being asked not to wear high heels as the neighbours in her chawl might think her success as an actor had gone to her head.

The Gospel of Yudas by KR Meera
Translated by Rajesh Rajamohan 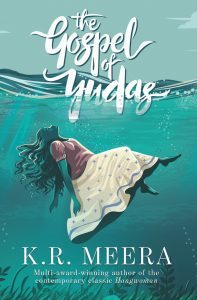 This is a novella set in Kerala by Malayalam author KR Meera, recipient of the Sahitya Akademi Award and the author of Aarachar (available in translation as Hangwoman), among other works. It tells the story of Prema, a young woman who falls in love with Yudas, a former Naxalite, who now pulls out corpses from the bottom of a lake near Prema’s house. A part of Prema’s love and attraction to the Naxalite ideology comes from wanting to escape the tyranny of her father, a policeman who tortured Naxalite rebels during the Emergency, including, she suspects, Yudas.

Yudas is fascinating not only for its questioning of the politics of ideology, but also because of Prema, a woman unashamed of wanting Yudas, taking it upon herself to do everything she can to be with him.

Andal: The Autobiography of a Goddess
Translated by Priya Sarukkai Chabria and Ravi Shankar 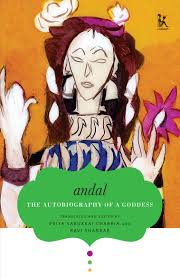 Andal was a young 9th century mystic poet in Tamil Nadu. A devotee of Vishnu and the only female Alvar saint, legend has it that she was around 16 when she “merged with her god”, and a few centuries after her death, she was considered a goddess. Her poems spoke of female desire, situated in the body, and a need for spiritual and sexual union with her god.

Chabria and Shankar, who present multiple translations of Andal’s poetry, note that her songs are “self-portraits that suggest both revelation and veiling”. They say, “When we receive Andal, we must keep her youthfulness in mind. She conflates extreme violence with swooning surrender; splices the desires of the sexual body with visions of cosmic temporality. Yet we refrain from applying the term ‘transgressive’ to Andal as it suggests a deliberate breaking of rules. It appears she did not bother with any social conventions or rules at all — except those of poetry.” 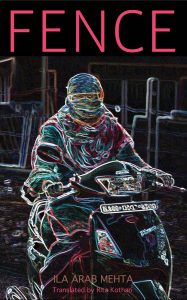 Ila Arab Mehta’s novel (Vaad in Gujarati) was published in 2011, inspired by a piece she read by a Muslim woman who wrote to a Gujarati magazine about how difficult it was for her to find a house. Her protagonist is a young Muslim woman, Fateema Lokhandwala, living in a fictional village, possibly after the 2002 communal riots in Gujarat.

Although her brother goes down the fundamentalist path, Fateema is set on breaking barriers: with a firm belief in education, she moves to a city in a search of a job and dreams of owning her own home. It’s a tale of narrow definitions of identity and a desire for independence. 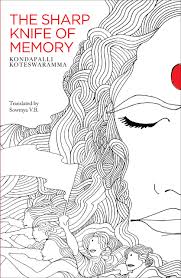 Koteswaramma was a worker for the Communist Party who went underground in the late 1940s, running from one safe house to the next. This memoir is the story of how she educated herself, raised her grandchildren, took up a job, and also established herself as a writer of poetry and prose.

Originally published in Telugu, this memoir is also a story of the Independence and Naxalite movements in Andhra Pradesh (her husband, Kondapalli Seetharamaiah, who deserted her, was the founder of the Maoist movement in AP).

These are just some of the books we found translated into English in the last year, which has also seen short stories, essays and other works by women in translation; even a speech by Telugu poet Joopaka Subhadra, which inspired the title of the book in which it appears: Hatred in the Belly: Politics Behind the Appropriation of Dr Ambedkar’s Writings. We’ve also seen the deaths of two important literary figures; the Bengali writer Mahasweta Devi, whose work has been rendered in English by translators such as Gayatri Chakravorty Spivak, and Lakshmi Holmström, whose translations from Tamil of works by women such as Bama’s Karukku and Sangati and Salma’s The Hour Past Midnight have left us with a rich body of literature to explore.

What work by a woman in translation will you be reading this year?