HomeCultureThe New Wonder Woman Trailer is Out and It’s ...
November 4, 2016 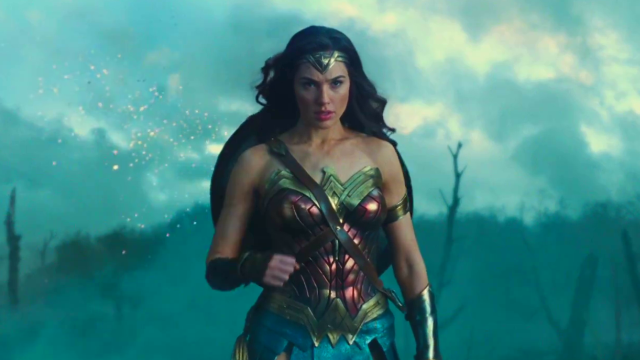 DC just released a Wonder Woman trailer, and it is glorious. Set in World War I, everything from the gritty colour palette to the blazing Diana (Gal Gadot) is an incredible visual experience. Because they understand what a trailer ought to be, they have revealed nothing, almost nothing, about the villain(s?). Themyscira (the island home of Diana and other Amazonian warriors) is the most gorgeous blue and Steve Trevor (Chris Pine) is saved over and over by Diana (he’s the damsel in distress). There’s even a gender reversing of Christopher Reeve’s Superman saving Lois Lane scene as she blocks a bullet with her bracelet (Wonder Woman also wears a sword as an accessory behind her dress at an event in the trailer). Aside from Diana being referred to as Steve’s ‘secretary’ (offset with shots of her saving his life), her outfit, and a bit of possible petting between her and Steve, there’s no need to be unnecessarily nitpicky. Also Etta Candy (Lucy Davis) is funny as hell, as is Wonder Woman’s incredulity at 20th century women’s outfits (“How can a woman possibly fight in this?”)

Maybe you don’t want her  as a UN ambassador, but this movie makes you want her really bad as your superhero.

Crop Top and Miniskirt? It’s Not Just the Moral Police Who Will Come After You in Saudi Arabia

The SC Just Said Women Have Sacrosanct Rights to Their Bodily Integrity. Do You Think They Really Believe It?